I love anything LEGO…LEGO sets, LEGO video games, and now of course we have LEGO movies, the latest of which is Lego DC Comics Super Heroes: Justice League: Attack of the Legion of Doom.  And yes, that is quite a mouthful!  Like the videogames, LEGO animated are always filled with wit and lively characters that put many live action films to shame. 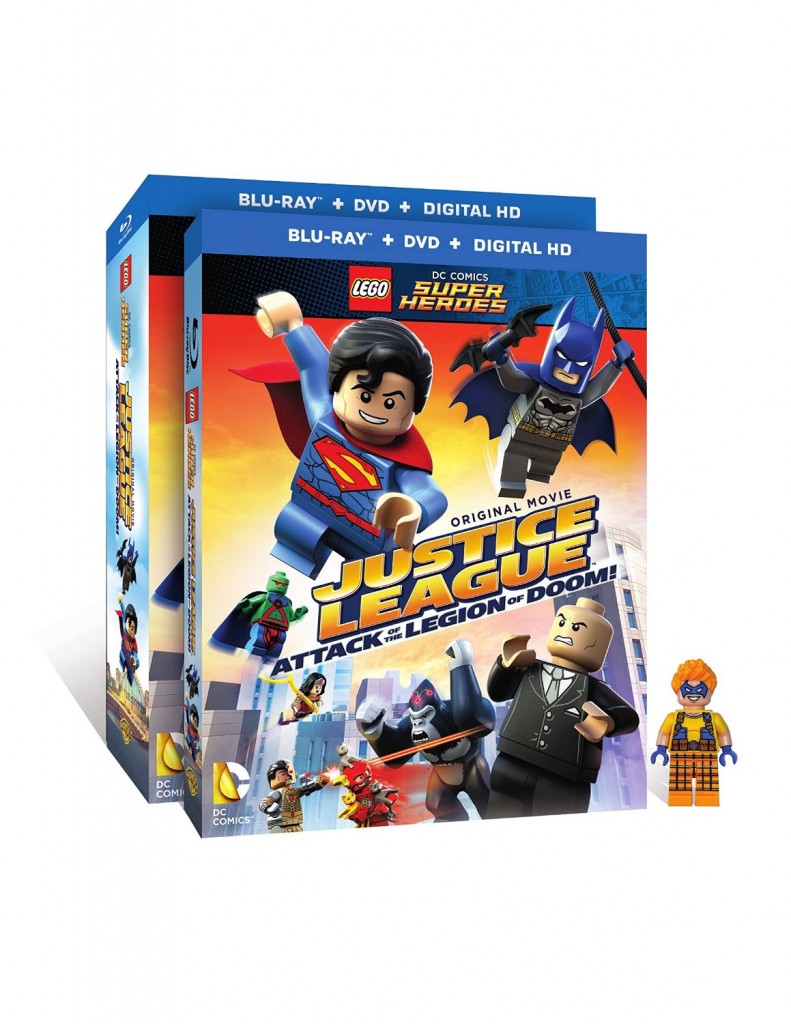 Justice League: Attack of the Legion of Doom is set in the early days of the Justice League, just after the team is formed.  The JLA’s villains, knowing that none of them can individually take on the league, decide to start their own team.  Led by Lex Luthor, they hold “tryouts” for other villains, challenging them to complete a wickedly fun and slapstick obstacle course.  Now, Luthor, Black Manta, Cheeta, Sinestro, Gorilla Grodd, and Captain Cold join forces to form the Legion of Doom.  However, little does the rest of the team know that behind the scenes Darkseid is actually in control and pulling the strings of Luthor.

The attack a secret government installation known as “Area 51” because it is not the old 51 but the “New 52”, get it?  The film is filled with little inside jokes like that which makes it perfect not only for kids but for adult comic book fans as well.  They steal a capsule containing the imprisoned Martian J’onn J’onzz.  Luthor convinces J’onn that the JLA is evil and enlists his aid to defeat them.   In their darkest hour the League finds themselves branded as outlaws and has to save the Earth and their reputations and stop The Legion of Doom.

If you’ve played the LEGO videogames, particularly those featuring the DC Comics superheroes, there is simply no way you are not going to enjoy this movie.  It is part animated feature and part videogame come to life.  It features many of the elements that make the games so fun such as the block building action and crazy gadgets that would make any mad scientist drool with envy.  And the many sound effects that you are familiar with from the games are incorporated into the action.  The action is wild as hero battles villain throughout the government facility, power plant, and on the city streets with dazzling and often side-splitting special effects.

But all of this would be mere window dressing if it were not for the fabulous characters.  The LEGO versions are tongue-in-cheek caricatures of their comic book versions.  Superman is extra goody two-shoes’ Batman is especially grumpy; The Flash is obnoxiously enthusiastic; and Green Lantern is extra, umm…douche baggy.  The interplay between the characters keeps things humming along in spirited fashion.  Green Lantern and the Flash engage in a juvenile game of trying to outdo each other, all to try and impress Wonder Woman. 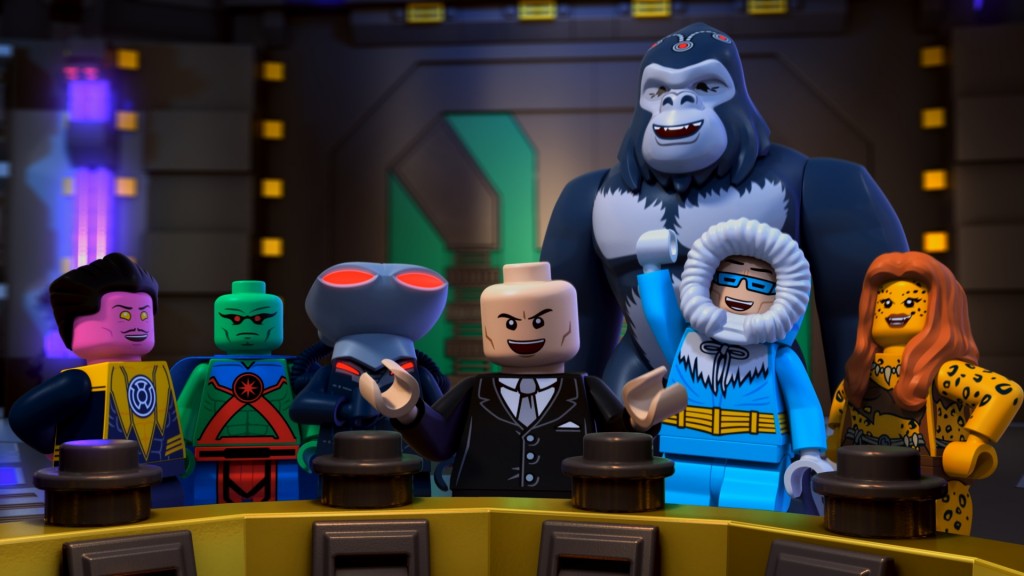 The voice-acting is provided by some of the stalwarts of the animation and videogame industries including Nolan North (Batman), John DiMaggio (Lex Luthor),  Troy Baker (Batman), Nolan North (Superman), and Josh Keaton (Green Lantern).  They are joined by Mark Hamill (Trickster and Sinestro) and Tony Todd (Darkseid).

Lego DC Comics Super Heroes: Justice League: Attack of the Legion of Doom has a long title but it is also long on laughs and fun.  The Blu-Ray even comes packed with an exclusive LEGO collectible figure.

The Blu-Ray comes with only one extra feature.  Click, Zap, Boom! Creating the Sound Design (18:00)– This fun documentary goes behind the scenes with the talented sound design team to explore how LEGO sounds are created live on stage and then edited into the final movie.