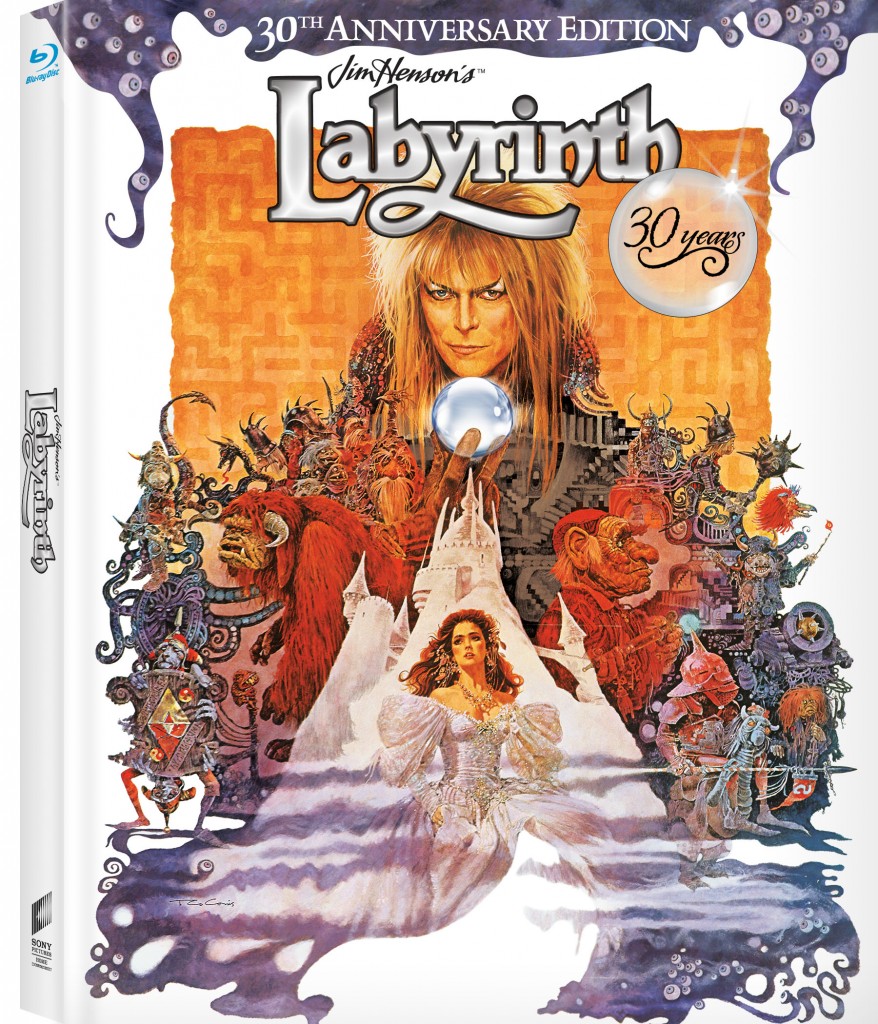 With David Bowie passing not too long ago, one generation shared with another a magical experience called Labyrinth. For some, that film was on either VHS, DVD, and maybe Blu-ray. Today, Sony Pictures announced that they will celebrate this incredible film with a re-release in theatres as well as a new 4K restoration of the film. Check out the press release below for more details!

As part of the anniversary celebration, the film will have a limited engagement theatrical run through Fathom Events and will be shown in select movie theaters in the United States on Sept. 11 & 14. The theatrical engagements will also showcase select exclusive content. More information is available at http://www.fathomevents.com/event/labyrinth-30th-anniversary.

Following the theatrical re-release, the beloved fantasy will come to Blu-ray and next-generation 4K Ultra HD Sept. 20, with the Blu-ray available within a gorgeous 24-page Digibook package that includes rare photos and a look behind the scenes. In addition, the film will be released in a Limited Edition Gift Set in unique mirrorbox packaging inspired by the films climactic and iconic final scene. The Gift Set also includes the Digibook and will initially be available exclusively at Amazon.

LABYRINTH is presented with an all-new 4K restoration and exclusive Dolby Atmos sound on both the Blu-ray and the 4K Ultra HD releases. The film was fully restored from the 35mm original camera negative, thereby utilizing in 4K the full resolution, detail and color depth inherent in the film.  4K Ultra HD brings the full power of this restoration into the home, featuring four times the resolution of high definition, high dynamic range (HDR)–which produces brilliant highlights, vibrant colors and greater contrast on compatible displays–and Dolby Atmos audio, remixed specifically for the home theater environment, delivering captivating sound that places and moves audio anywhere in the room, including overhead. The Blu-ray will also utilize this new restoration at HD resolution, and an all-new DVD will be available on this date as well.

The LABYRINTH 30th ANNIVERSARY Blu-ray is loaded with all-new bonus content, which features Jennifer Connelly in one of her first on-camera interviews about the film since its release.  The new special features will take fans behind the scenes at the Center for Puppetry Artshome to The Jim Henson Collection as well as puppets from the filmand include all-new discussions with the Henson family, and special reflections on working with David Bowie in his iconic role as the Goblin King.

A selfish 16-year old girl is given 13 hours to solve a labyrinth and rescue her baby brother when her wish for him to be taken away is granted by the Goblin King.

Directed by Jim Henson from a screenplay by Terry Jones and based on a story by Dennis Lee and Jim Henson, LABYRINTH was produced by Eric Rattray, with George Lucas and David Lazer serving as executive producers.

o  Jennifer Connelly and the Henson family talk about the art of puppetry and the magic of Jim Henson, along with a visit to the Center for Puppetry Arts featuring The Jim Henson Collection and over 100 puppets from Labyrinth.

LABYRINTH: 30th ANNIVERSARY has a run time of approximately 101 minutes and is rated PG.