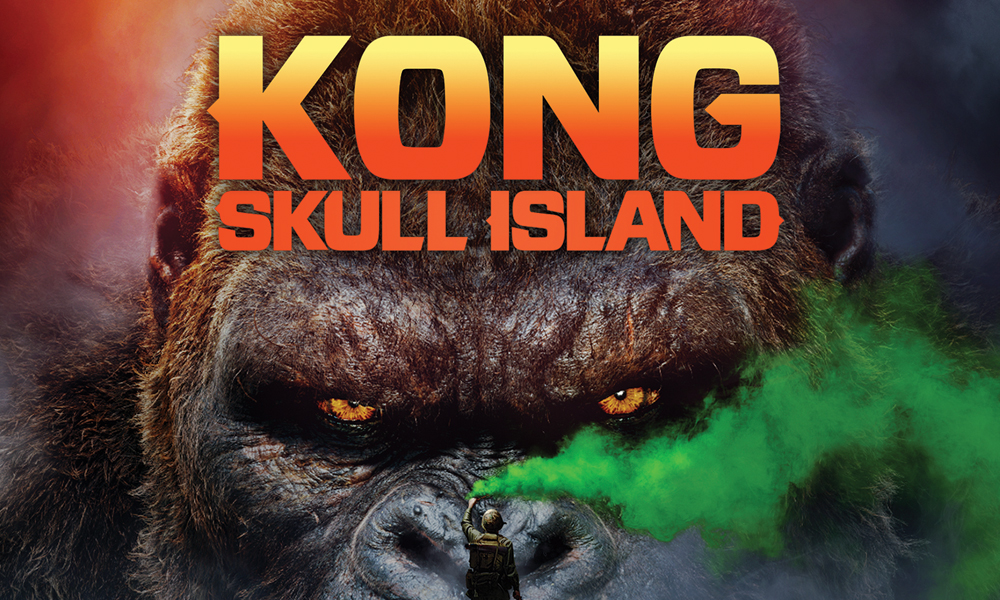 Warner Brothers has released their official dates for the Kong: Skull Island Blu-ray, DVD, and HD. I don’t think anyone expected Kong: Skull Island to be as much fun as it was (see our review here), so if you did not take the trip to the theater, here is your chance to make the journey. Personally, I thought the film was incredible. Check out the full press release below for all the home release details!

Press Release: See the origins of one of the most powerful monster myths of all when “Kong: Skull Island” arrives onto Ultra HD Blu-ray Combo Pack, Blu-ray 3D Combo Pack, Blu-ray Combo Pack, DVD and Digital. This compelling, original adventure from director Jordan Vogt-Roberts (“The Kings of Summer”) tells the story of a diverse team of scientists, soldiers and adventurers uniting to explore a mythical, uncharted island in the Pacific, as dangerous as it is beautiful.

Vogt-Roberts directed the film from a story by John Gatins and Dan Gilroy and a screenplay by Dan Gilroy and Max Borenstein. “Kong: Skull Island” is produced by Thomas Tull, Mary Parent, Jon Jashni and Alex Garcia, with Eric McLeod and Edward Cheng serving as executive producers.

To fully immerse audiences in the mysterious Skull Island, director Jordan Vogt-Roberts and his team filmed across three continents over six months, capturing its primordial landscapes on Oahu, Hawaii, Australia’s Gold Coast and Vietnam, filming across multiple locations, some of which have never before been seen on film. 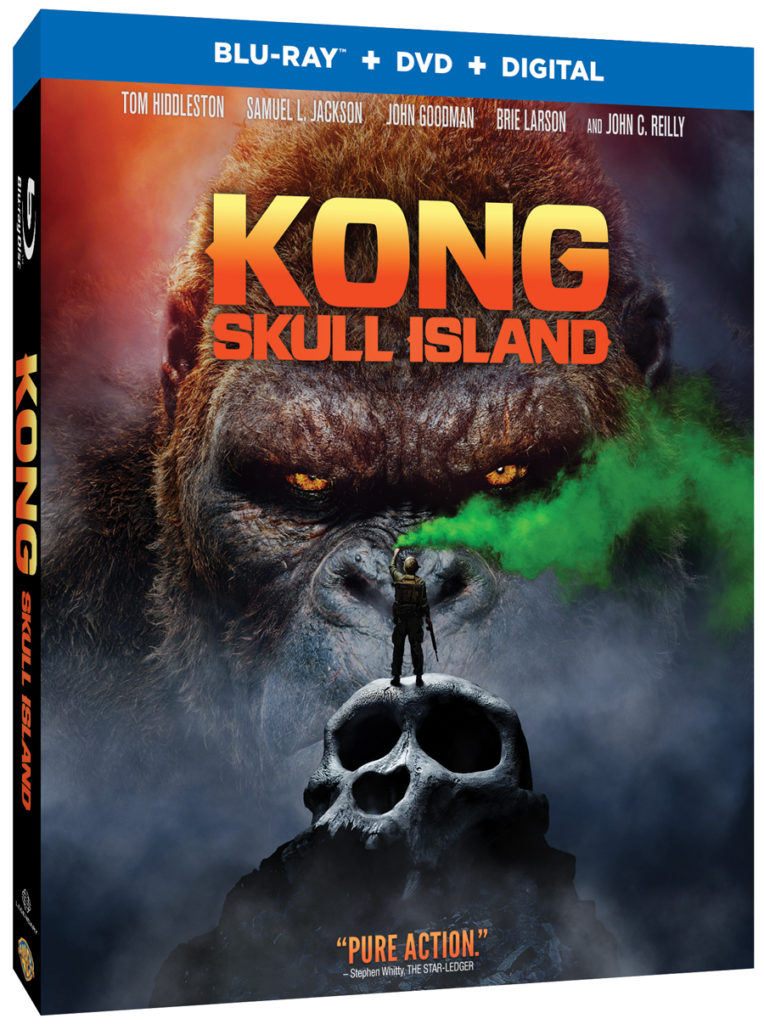 Additionally, all of the special features, including interviews with filmmakers, new original shorts, featurettes, and deleted scenes, can be experienced in an entirely new, dynamic and immersive manner on tablets and mobile phones using the Warner Bros. Movies All Access App, available for both iOS and Android devices. When a Combo Pack is purchased and the digital movie is redeemed, or the digital movie is purchased from an UltraViolet retailer, the Warner Bros. Movies All Access App allows users to watch the movie and simultaneously experience synchronized content related to any scene, simply by rotating their device. Synchronized content is presented on the same screen while the movie is playing, thus enabling users to quickly learn more about any scene, such as actor biographies, scene locations, fun trivia, or image galleries. Also, users can share movie clips with friends on social media and experience other immersive content. The Movies All Access app is available for download on the iTunes App Store and Google Play Store.

The Blu-ray discs of “Kong: Skull Island” will feature a Dolby Atmos® soundtrack remixed specifically for the home theater environment to place and move audio anywhere in the room, including overhead. To experience Dolby Atmos at home, a Dolby Atmos enabled AV receiver and additional speakers are required, or a Dolby Atmos enabled sound bar; however, Dolby Atmos soundtracks are also fully backward compatible with traditional audio configurations and legacy home entertainment equipment.