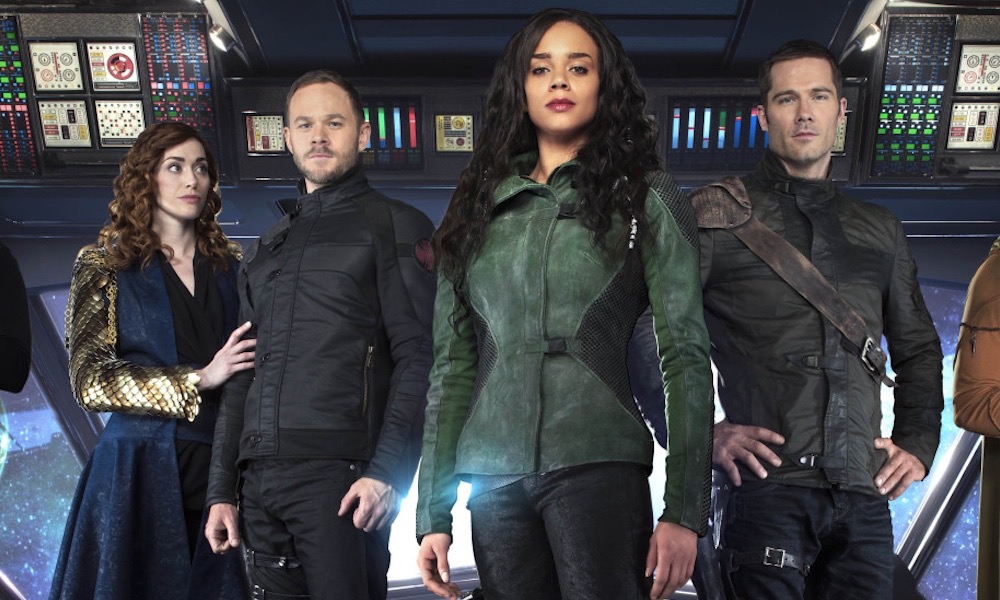 True to form, this weeks episode was another one with plenty of stuff to choose from, to like, or at least, to maybe capture your interest.

Every time I watch this show, I recognize a collection of ideas I have seen somewhere before, which it attempts to recombine into an entertaining and fresh package. Sometimes it works, and sometimes not so much. Every week i find myself torn between things I like in the episode, and others I don’t.

I suppose you could say that about any genre show to some degree, while a lot of shows seem to more clearly fall onto one side of the equation, or the other, but in the case of this one, its sometimes difficult to decide which side of the equation it falls on from week to week.

Meet The Parents was enjoyable enough I suppose, at least it had all the requisite ingredients to be. At first it seemed like a story about  a bunch of assholes who liked using the word asshole. A lot. I must have heard that word uttered in  the first ten minutes at least half a dozen times, and that’s not a good sign when you have to rely on so much ‘adult’ language to make your story seem interesting and entertaining.

After watching the episode for awhile, i began to warm up to its narrative. Its hard not to, when faced with the tsunami of science fiction tropes this show mounts when it makes up its mind to portray an eventful episode like this one was.

The episode begins with Dutch and Da’vin in old town where they are wrapping up a shady looking deal with a couple of futuristic science fiction derelicts that appear to be held together with any thing they could find that would work. They looked like a cross between remnants of a biker gang patched together with some survivors of a Chernobyl type incident.

The deal turns out to be a thinly disguised warrant, and a fight ensues, which our heroes make short work of, and they take their prisoners to back to Lucy. Da’vin next makes a visit to the Royale because he has taken an interest in the new bartender Sabine (Tori Anderson). he awkwardly attempts to flirt with her, but soon after he arrives he has a spell of some sort, and passes out, falling on the floor of the bar.

It turns out to be the work of  Khlyen (Rob Stewart), who has found a way to link his mind with Da’vin’s because he plans to visit  John and Da’vin’s dad, which along with Fancy Lee (Sean Baek), he does. he’s trying to get some information out of the old man, but his mind link backfires, because when he tries it again, he and Da’vin switch bodies somehow, Freaky Friday style. It only gets more complicated after this.

Meanwhile John has gone with Pawter to visit her parents, who along with her sister, Louella (Kimberly-Sue Murray) and finance, Hank (Marco Grazzini), appear to live on their own private island in a luxurious mansion. It begins to look like its going to be a very unpleasant visit when everyone turns out to be a huge jerk with the exception of Pawter’s dad who seems nice and friendly enough, but its Pawter’s mom who is in charge here and she sets a tone of undisguised hostility towards her daughter and John.

There was some silly stuff thrown in about local customs, I think that was meant to be amusing, but it wasn’t, and just ended up being silly, and a little stupid instead.

Things get more complicated when the butler returns to the house after running an errand, and appears to be frozen from his trip outside the house. He falls and shatters into ice cubes, and it turns out the fog is the culprit. It contains some sort of pathogen that causes the freezing effect to anyone exposed to it.

The pathogen is the work of the mother, who is also a doctor and scientist like Pawter. She created the stuff as a sort of ice9 solution to fix her world so that it would meet with her approval. She infects herself trying to find a cure, but fails and dies in frozen fashion like the butler.

The relentless fog is quickly advancing, and because the place is surrounded by a forcefield, it looks like there’s no escape for anyone in the house, and when Louella’s hand gets exposed to the deadly stuff. Its only Pawter’s speedy action of using a handy ceremonial sword to cut her sister’s hand off that saves her life.

It turns out the only way to stop the fog is with fire and it requires at trip outside the house to set explosives to do the job, so John goes to set the charges, but is interrupted by Hank. Hank is a cliched character the show telegraphs is a jerk as soon as you see him, and sure enough the only reason he’s hanging around is because he’s interested in the Simms family fortune. Its dad to the rescue, the only likable character in this story, who shows up and saves John from being murdered by Hank and his greedy ambitions.

Dad makes the sacrifice of his own life to save the others, when he sets off a massive fiery explosion, because the explosives can only be set off manually (of course) near a gas pipe, destroying all traces of the deadly mist.

Meanwhile, back on Lucy Da’vin’s trasferrence with Khlyen allows the two prisoners to temporarily escape, providing a second opportunity for a fight, and in the ensuing brawl, Da’vin gets wounded.

The situation allows Dutch  to pump Khlyen for information, in a segment of the episode full of exposition, yada-yada-yada, and we learn that his mysterious message they have been trying to translate has all the answers regarding the big mystery involving the level sixes, and when She asks why she was  on Arkyn he responds it wasn’t her. so apparently as I suspected, it was a double of some kind that Da’vin saw in his vision.

Oh yeah, and Khlyen got some info from the old man about the medical experiments that were performed on Da’vin that he’s going to look into.

John finally admits his feelings for Pawter at the end of the episode and she seems okay with his interest in having a romantic relationship with her. Kiss, kiss, smooch, smooch. This seemed a little out of place considering both of her parents had just died., but whatever.

Like I said, another cavalcade of cliches and stuff we have seen before, that seems to be mostly what this shows does. It does it to a degree that seems greater than other shows that might do the same thing, but it seems like other shows make it less apparent and do it more subtly.

Sometimes it works, and sometimes it works less well. It does, at least, usually wrap up all this tuff into a neat little package for its episodes. In the final analysis i have to give this episode an only slightly higher than passing grade, because, out of all that stuff it showed me this time around, hardly any of it made a favorable impression, and because it was also so lacking in any sort of originality. I am starting to like some of the characters more, like John and Pawter, and in fact, their developing relationship was, for me, the most enjoyable thing about this episode. Also it seems the show is better when Pree appears on it too. He helps make it seem less bland.