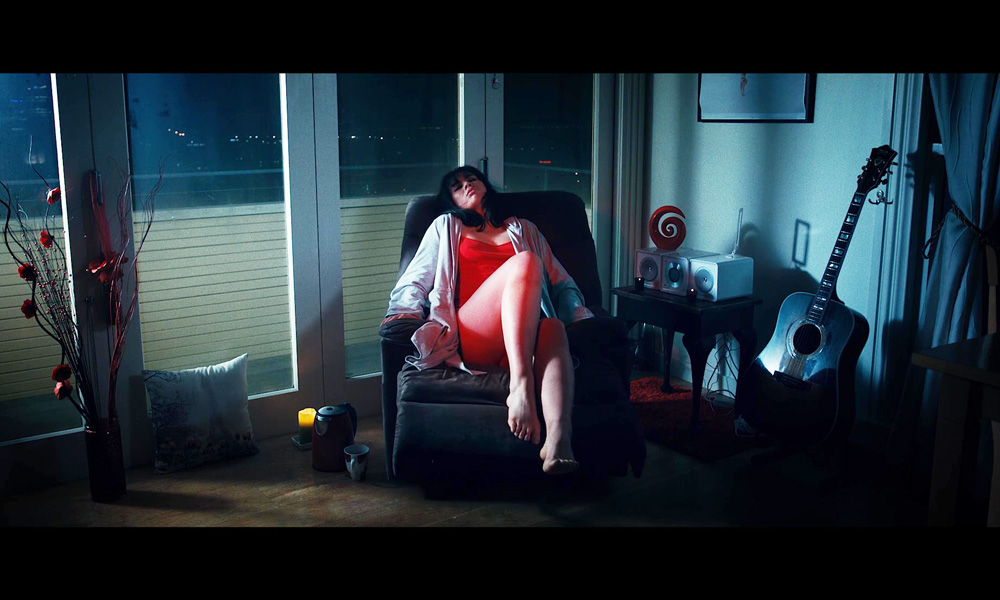 First of all: Killer ‘SOFA’? 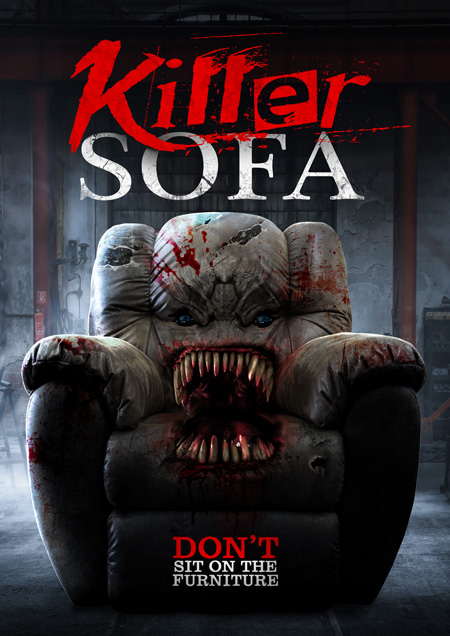 It’s a killer chair in anything: it’s too small to be a sofa. Characters even call it a recliner. I call false advertising, or someone felt that ‘Killer Sofa’ was a better title than ‘Killer Chair’. Maybe non-Americans call anything a sofa that’s soft and has arms on it? Come to think of it, nobody uses the word ‘sofa’ in the film.
The chair itself, as murderous as its ways might be, is kind of adorable. Two big button eyes crinkle into a frown of plushy hatred even before the visions begin. No idea who came up with the idea of large buttons right on the back cushion. Seems like that would be pretty uncomfortable.

The only thing more adorable than the chair is the New Zealand accents of the cast, or the possible uphill battle the filmmakers fought to make any of this legitimately scary. That’s right: Killer Sofa isn’t a direct comedy or a horror spoof. There’s LONG scenes of exposition, atmosphere, and lengthy character moments. There’s erotic sequences and decent gory effects work. See, I figured a silly chair monster would mean this would be the Naked Gun of fright flicks, but despite the really silly looking central prop (which kept reminding me of a children’s television show) this is a grim tale of demonic possession and tragic pasts, somber music and voodoo curses.
Yes, apparently Dybbuks (a Jewish demon) have something to do with voodoo in this universe.
Yes there are funny moments but they’re played so straight it’s difficult to tell how self-aware this production is. I’m assuming the old man not knowing how to work a telephone and the couch literally stalking someone was meant to be hilarious, but the ominous music doesn’t seem to think so.

This reminds me of another film called Stitches which transitioned between horror and comedy with equal rapidity, but the notion of an undead clown covered those bases better than a demonic piece of furniture. There the kills were gory and the tone grim, but the humor came from the characters. Here the characters are all COMPLETELY deadpan, it’s the situation that’s insane…occasionally.

What are you Killer Sofa? It’s not a creature feature exactly. There’s just the one chair and it rarely attacks directly. It’s not a send-up of demon movies because it seems dedicated to repeating without a smirk similar themes of searching the internet for information, rituals of vengeance to summon evil, and ultimately a confrontation with the entity.

Someone went insane here and it might be me. This almost seems like the film was written first and the chair thought up later or two different designers had two different visions. It’s so conflicted that up till the end you could replace the chair with another more sinister object (an idol or something) and you could then declare the film entirely a horror movie without changing a line of dialogue. One vision wanted to make a character driven modern horror feature. Another one wanted to make a film in which a chair whispers to people.
It’s an experience. That much can be said definitively. Your own experience could be completely unique given what genre you decide Killer Sofa…or chair…is.