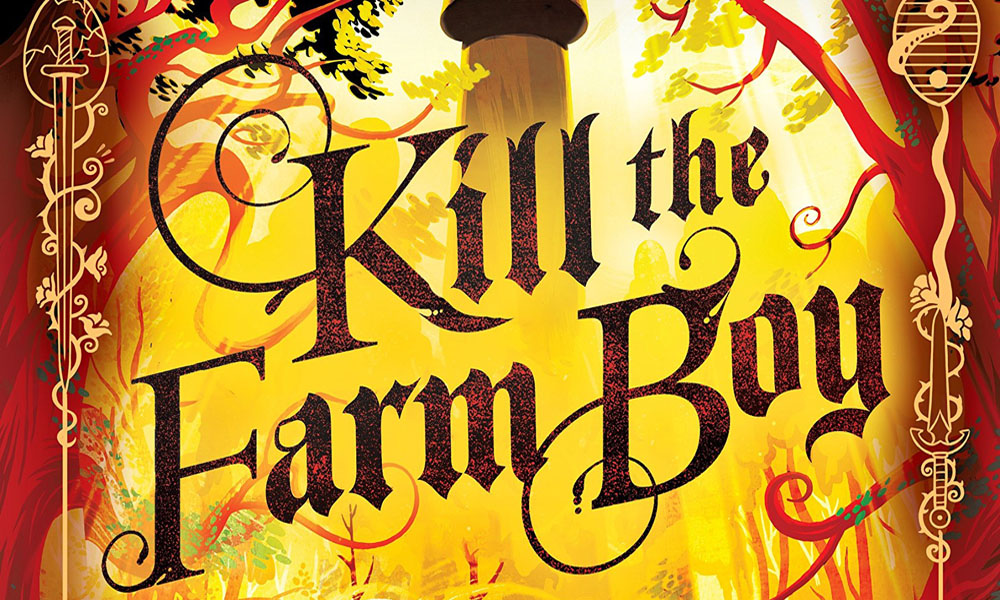 Summer is a good time for light-hearted, easily enjoyable reads, and a reader could do far worse than Kill the Farm Boy. Fans of Terry Pratchett will love the dry humor, and fans of fantasy will enjoy the fresh look at old tropes. 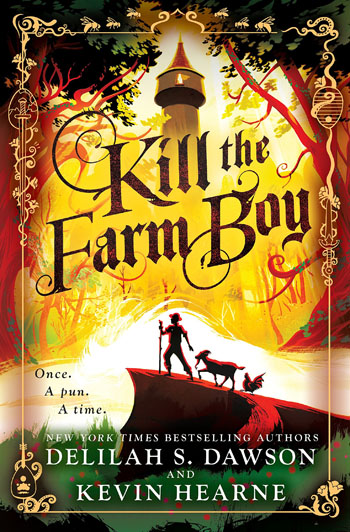 From the start these tropes are turned on their head. The titular farm boy, Worstley, has his destiny bestowed upon by a drunkard pixie, and sets out with a talking goat rather than a trusty steed. Every step of the resulting journey continues in the same vein. The strong, battle hardened warrior is replaced by a horticulture-loving woman warrior. A party’s traditional wise sorceror character turns out to be a magic-challenged wizard whose main skill is creating breads and crackers. The rogue is bumbling and the bard is a half-bunny girl who longs to be an accountant.

The authors miss no opportunity to flip the script on every fantasy cliche possible, and do so with incredible humor. Elves, giants, destiny; even the ever-present romantic subplot is twisted for laughs.It makes for a quick, enjoyable read, especially if you’re getting a bit tired of the standard cliches in fantasy.

But humor is hard, and there were some issues. The first over the top description of the food at a feast was funny. The second was slightly less so. By about halfway through the book I was skipping them entirely. The cast of characters hews very close to the standard, and their bumbling and bickering makes the whole group seem like a fractitious Dungeons and Dragons party. Also, there were times that the reversal of fantasy cliches was a bit predictable; simply think of the exact opposite of the standard path.

On the whole though, the story was consistently surprising and enjoyable. The first twist comes quickly, and about halfway through another comes along that turns the whole story around again. With this grouping of traits it would be easy to either telegraph these too early, or have them not make sense at all. But the twists are well done, and the ending, coming on the heels of one final reversal, is satisfyingly and just as funny as all the rest. I’d recommend this to any lover of fantasy who’s looking for a light read.