Warner Archive Collection, on Tuesday November 10th, will release the complete Justice League Unlimited series for the first time on Blu-ray. This is incredible collection of stories and characters that any fan of the DC Universe will want to own. Check out the details and clips from this release below! 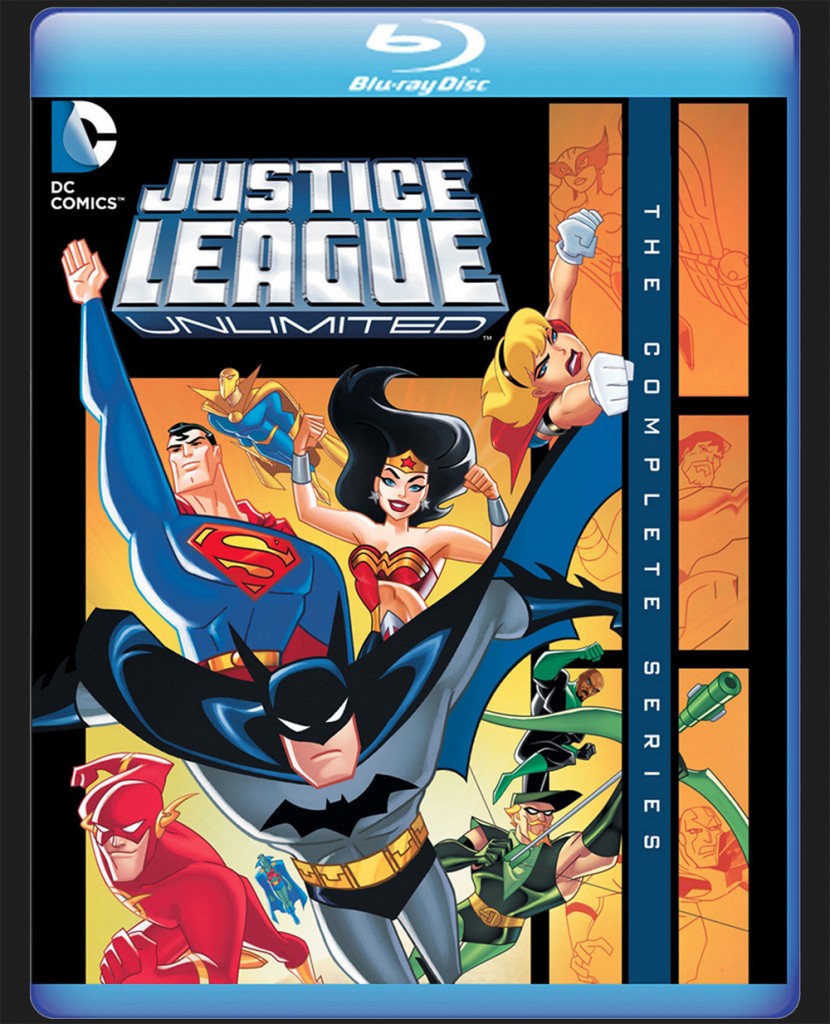 As the follow-up to the popular Justice League animated series, Justice League Unlimited ran from 2004-2006 and featured a huge canon of characters from the DC Comics library. After fighting off an alien invasion in the previous two-season Justice League series, our heroes find their ranks diminished and – with new dangers arising at an ever-increasing pace – the remaining crime fighters realize that protecting the entire world is going to take more technology and more manpower. A lot more. The original seven Justice Leaguers – Batman, Superman, Wonder Woman, Flash, J’onn J’onzz, Green Lantern and Hawkgirl – are now joined by an unlimited selection of allies including Green Arrow, Supergirl and Black Canary. But some think all this power is too much power and a conspiracy against them grows. After years of foiled plots and repeated beatings, the galaxy’s worse villains finally have a plan: strength in numbers! Led by Lex Luthor, the Legion of Doom prepares to dominate the universe. First order of business: destroy the Justice League!

Special features on Justice League Unlimited: The Complete Series include:

– Creator’s Commentary on the episodes “This Little Piggy” and “The Return”;

– “And Justice for All”: a featurette on the process of revamping the series with new characters and a new creative direction;

Warner Archive Collection (WAC) and Warner Archive Instant (WAI) continue to serve as hosts to some of the most treasured films, television series and animated entertainment in history, particularly in the fanboy realm. WAC/WAI runs the gamut from live-action classics like Ladyhawke and Wolfen to beloved TV faire such as Superboy, Wonder Woman (1974) and Shazam! to animated greats like Twice Upon A Time, Atom Ant: The Complete Series, Secret Squirrel: The Complete Series, The Halloween Tree and The Flight Of Dragons. The most seasoned animation fan can also find plenty of Blu-ray releases of recent super hero favorites like Teen Titans Go! and Young Justice. WAC offerings can be found via wbshop.com and many of your favorite online retailers, and WAI is located at http://instant.warnerarchive.com. Get a free one-month trial now!

Clip from “The Destroyer” episode: