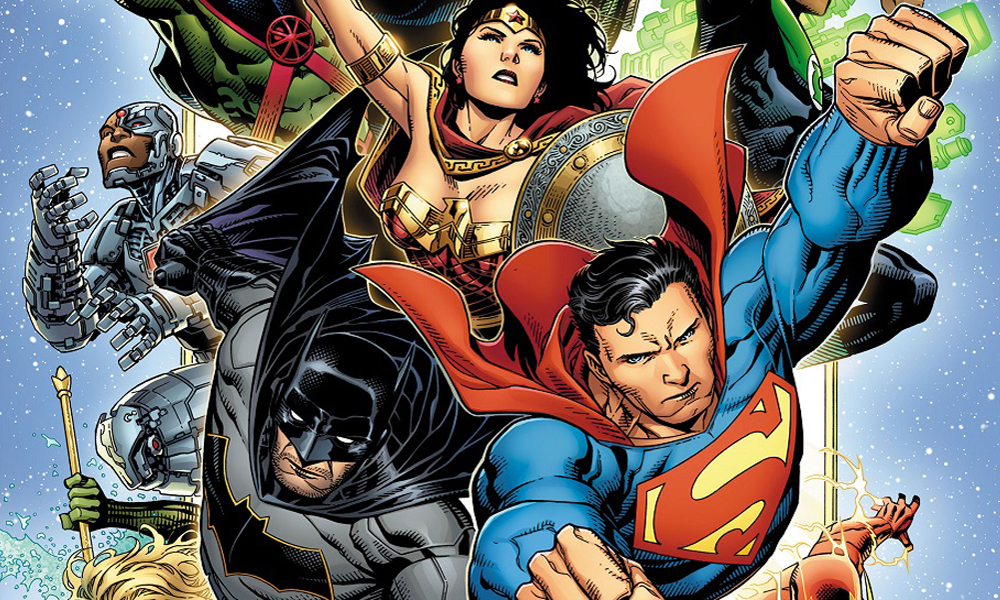 Spinning out of the latest DC Comics event called “No Justice” the latest version of the Justice
League Team has premiered with a new roster, new headquarters, and a new universe ending menace.
The new first issue begins with a threat that can be seen across space and time, one that may cause the end of the Multiverse. 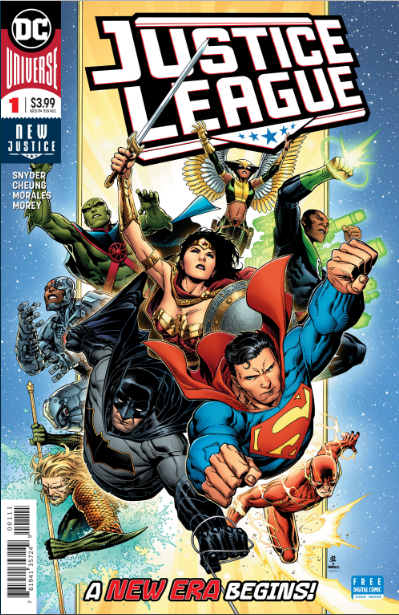 On Earth we are introduced to the new Justice League Headquarters named the “Hall Of Justice”, which is lifted directly from the 1970’s “Superfriends” Cartoon and it is not the only call back from that beloved cartoon in this premiere issue. As the issue goes on more familiar aspects of the past are incorporated into this version.

Scott Snyder has a few things to juggle in this first issue and for the most part he does it well.One of the strengths he possesses as a writer is the interaction that the characters have with one another. Part of that is evident in the opening conflict between the Justice League and a new set of baddies. As the League is deep in battle various members take the time to try out their “Batman voice”. It’s not a long scene but it touches on the camaraderie that the team has. These are heroes that has been through a lot with each other and will occasionally have fun along the way. It’s a nice touch in an otherwise standard opening chapter.

Jim Cheung is a great choice to illustrate the Justice League. His clear, dynamic action and rendering is exactly what is needed for a book starring the World’s Greatest Heroes. He is also great with more intimate scenes, such as one that features an emotional Martian Manhunter. Mark Morales’s pleasant inks enhance Cheung’s pencils and really bring the panels to life.

Justice League mixes the old with the new and delivers a solid first issue in the process.
Recommended.