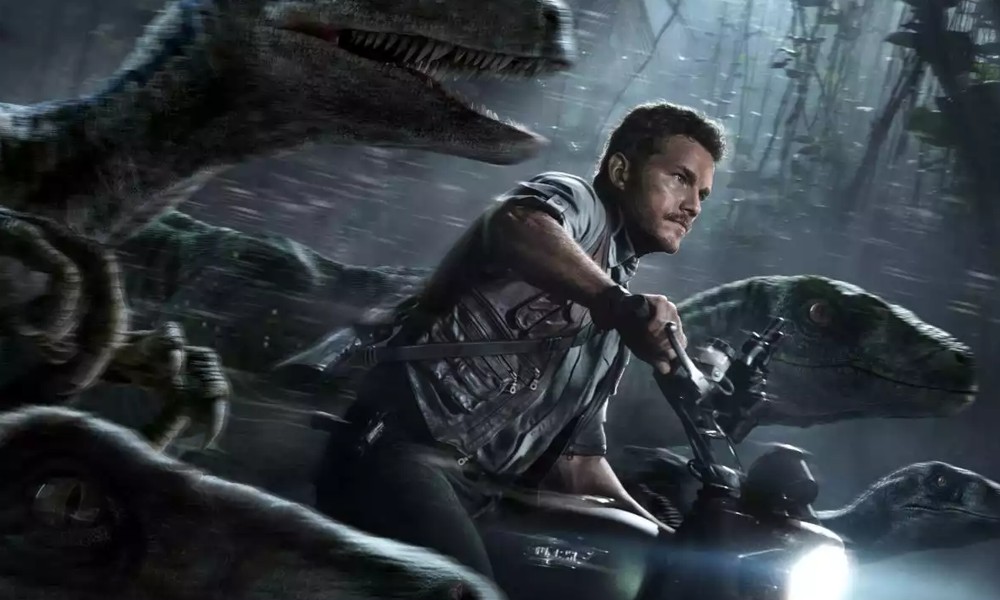 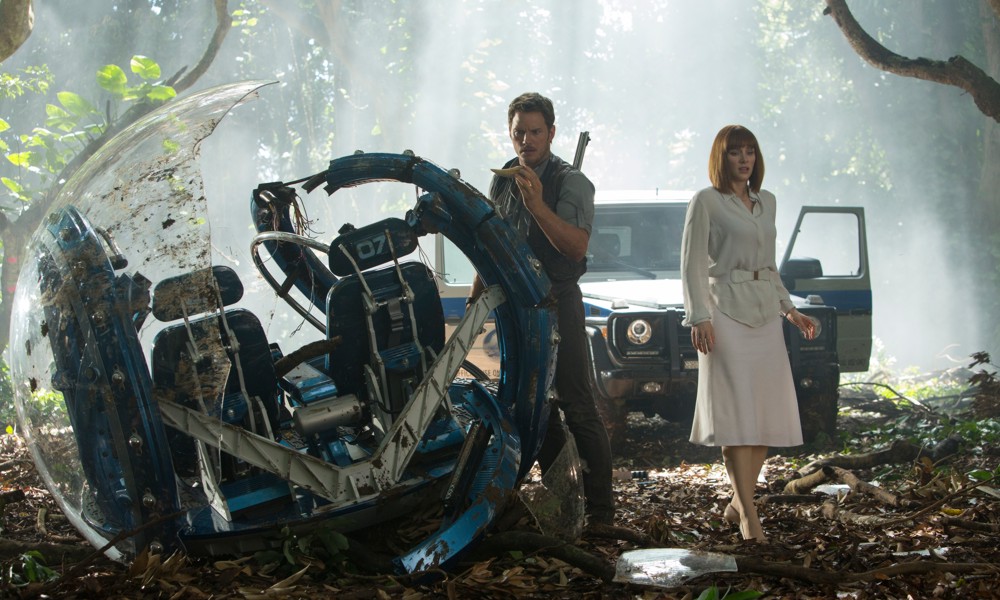 We’re far past the point where we expect anything new or surprising from the Jurassic Park sequels. Conceived in an era where we talked about follow-ups rather than sagas – when “franchise” meant “squeeze every last drop out of the formula, then toss it aside like last week’s garbage.” – it can be forgiven its predictable nature and the fact that it never strays from the well-worn path of its predecessors. Rules of the game. This is summer, after all, and to paraphrase Pauline Kael, good trash is often the best we can hope for. Jurassic World is darn good trash, made with real skill and an appreciation for what Steven Spielberg accomplished with the first film. In the season of diminished expectations, that constitutes a legitimate win.

In fact, I’d call it the best of the Jurassic films after the original, and considering that they’re virtually interchangeable, that distinctiveness takes some doing. It finds plenty of interesting things to do with its task, and does so with real directorial flair courtesy of comparative newcomer Colin Trevorrow. He advances the story to perhaps its final logical step, then looks for the unexplored nooks and crannies in the predictable mayhem that follows. Once again, we return to Isla Nublar, where John Hammond’s dream of a wildlife park full of genetically engineered dinosaurs has finally come to fruition. Tourists flock to it from all over the world, taking tram rides to see wild herds of brachiosaurs and letting their kids ride baby triceratopses like ponies. But there’s trouble in paradise; attendance is down and the park’s corporate masters need a new thrill to keep people interested. So they genetically manufacture a new species, called Indominus Rex, and give it all the qualities required to put a real scare into us. But hey, it’s all good. They’ve ironed out the kinks of the previous three “incidents” and nothing could possibly go wrong here, right?

Once the chaos begins, the beats hit like steady rain. Most of them involve the two leads, who fall comfortably within easy stereotypes lest things get too original for mass consumption. Claire (Bryce Dallas Howard) runs the park as a domineering ice queen, too caught up in work to appreciate the value of family. Owen (Chris Pratt) has found a way to tame the island’s infamous velociraptors, and takes over Sam Neill’s designated role of saying things like “don’t do that ‘cause it’s lethally stupid.” They’re joined by Nick Robinson and Jack Johnson as Claire’s suitably imperiled nephews, and Vincent D’Onofrio, whose periodic lines like “we can use the raptors in our weapons division” proclaim his ultimate fate with all the subtlety of a car alarm. They’re a bundle of standard-issue tropes rather than believable people, held up by decent performers (and I’m still trying to figure out why Pratt makes such a credible action star) but pulled directly from The Big Book of Cardboard Cut-Outs.

The real stars are the dinos, of course, and Trevorrow scores a lot of points simply by stressing their menacing qualities. Nature’s a little redder of tooth and claw here than it was in the earlier movies, which lends the inevitable carnivore smorgasbord an intensity we haven’t seen before. We sense the Darwinian relentlessness beneath those CGI beasts, the eat-or-be-eaten realities seething within the primal jungle. The notion of packaging that and selling it as some corporate-run amusement park feels more gauche than ever, with dino petting zoos and clean monorails that are supposed to make it all safe. The message isn’t new, and when Jurassic World goes all Frankenstein-y like we know it’s going to, it doesn’t find much to call its own. But Trevorrow knows how to present it to us in compelling visual terms, adding a surprisingly harsh edge to all the superficially efficient running and screaming.

And here and there, Jurassic World uses the idea to poke a little fun at itself, as well as the prevailing cinematic trends that got it here. The original film was groundbreaking in 1993, but what was once innovative now feels passé. Jurassic World slyly reminds us what happens when you try to resurrect the past, and how trying to make it “more intense” can turn around and bite you. Jurassic World makes for a great bit of empty fun, but it also deliberately reveals the limits of its own formula, and what might happen (creatively speaking) if the studio doesn’t set it down and walk away at the right time. They won’t, of course, and if this is a hit, then the forces behind the scenes will demand the same thing again, only with more teeth. Ask the characters here how that all turns out. They know all too well, as does Jurassic World itself: a surprisingly astute observation from a movie that rarely defies our expectations.