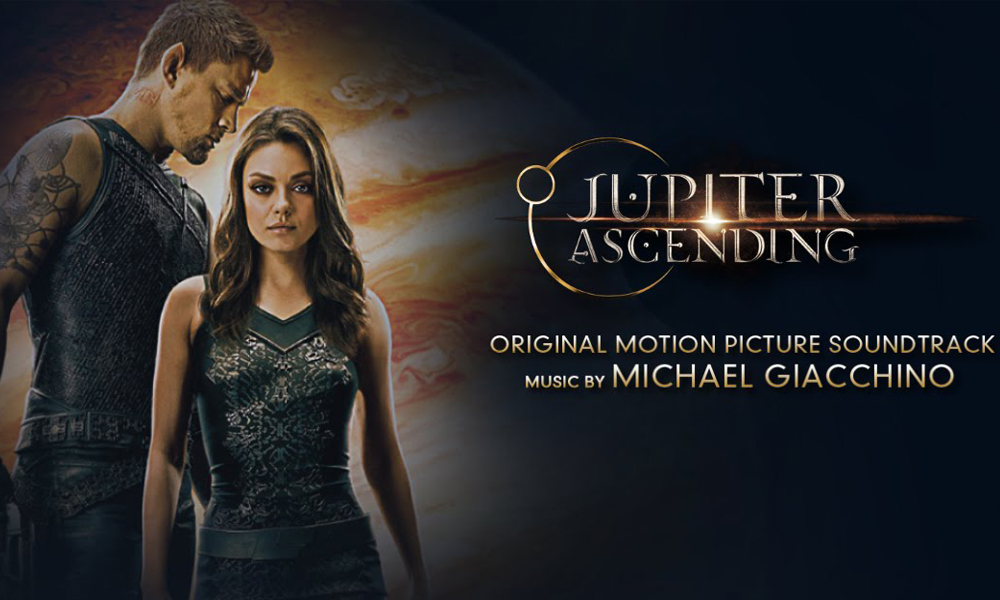 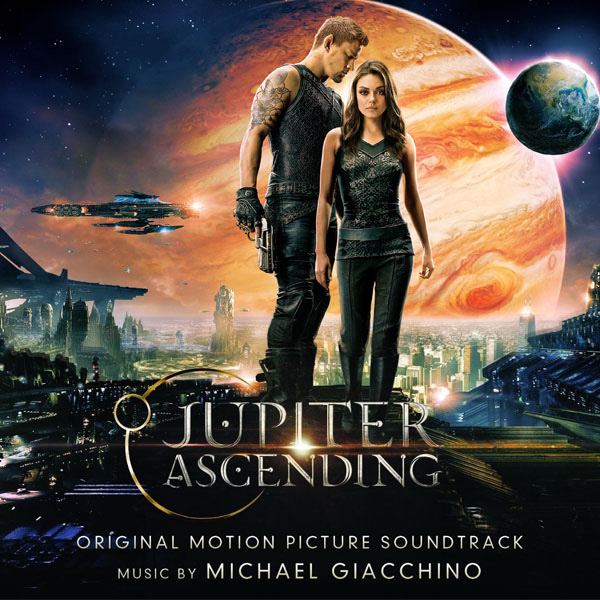 It is hard not to ignore the fact that Jupiter Ascending, the latest from the Wachowskis (creators of The Matrix Trilogy) was delayed. With a release date pushed back, most genre fans were skeptical from that point on. The only thing that can deliver us out of our blind-sided view is good word of mouth. I’m here to supply that with a review of the soundtrack.

Warner Brothers music division, WaterTower Music, supplied us with a copy of Michael Giacchino’s score for the film. Giacchino is better known for supplying music to numerous Bad Robot productions. Lost, Fringe, and two Star Treks are what he is best known for as of late. However, his score for Pixar’s The Incredibles is fantastic, as well as his Dawn of the Planet of the Apes. In fact, Giacchino is becoming the modern John Williams as he is supplying music for Jurassic World and Tomorrowland. I know, let’s get onto it… how is Jupiter Ascending?

In one word: Fantastic.

In all honesty, I haven’t seen the film yet. I am skeptical for the reasons I mentioned above. Yet the opening 4 tracks on this score play as if this was a David Lean and Maurice Jarre collaboration (Lawrence of Arabia and Doctor Zhivago). For quite some time, films have been missing purely epic scores that take the audience to another time and place. For nearly 20 minutes of Giacchino’s four “Jupiter Ascending Movements”, he does just that.

There are several tracks that stand out in this score and yet I have no point of reference for where they are in the film. “The Titus Clipper” (Track 10) plays like a sweeping John Barry score. In the “Flying Dinosaur Fight” (Track 21), Giacchino channel’s his inner John Williams delivering both the thrill of Indiana Jones and the Temple of Doom’s “The Mine Car Chase” and Star Wars Episode II: Attack of the Clones “Zam The Assassin And The Chase Through Coruscant”. Yet with all this thrilling action, “Regenex is People” is gentle and must be the love theme to this Sci-Fi tale.

I’ve only seen the trailer for Jupiter Ascending.Yet now, after hearing the score multiple times, I truly hope the film lives up to Giacchino’s work. There are the times when a score can be better than the film. Tron: Legacy was an adequate film, but Daft Punk’s music elevated it to another level. Hopefully, all that time in post production was well spent. Trust me, listening to this score, alone, was time well spent.

Check out the score to Jupiter Ascending HERE at WaterTower Music.