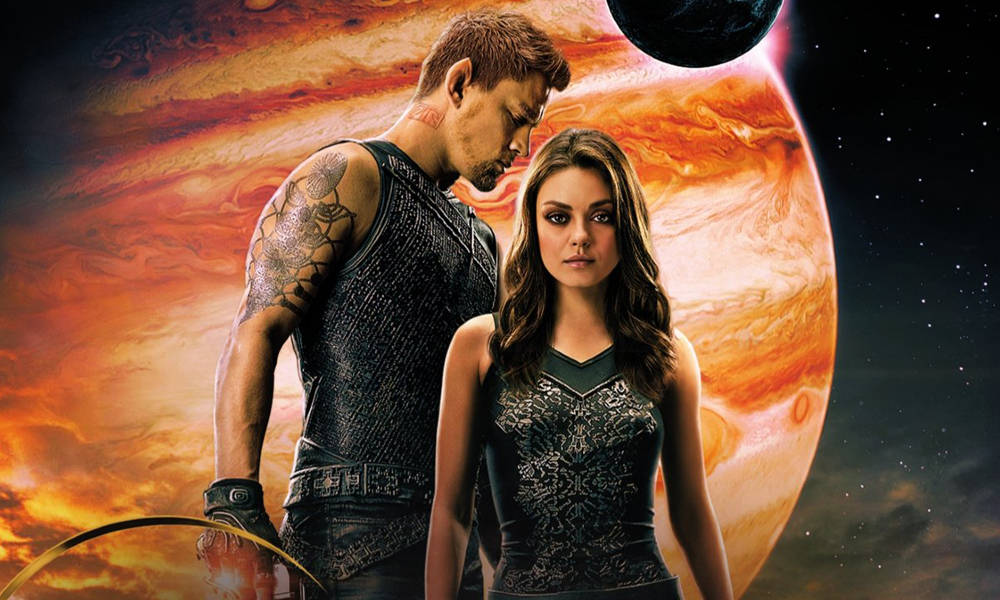 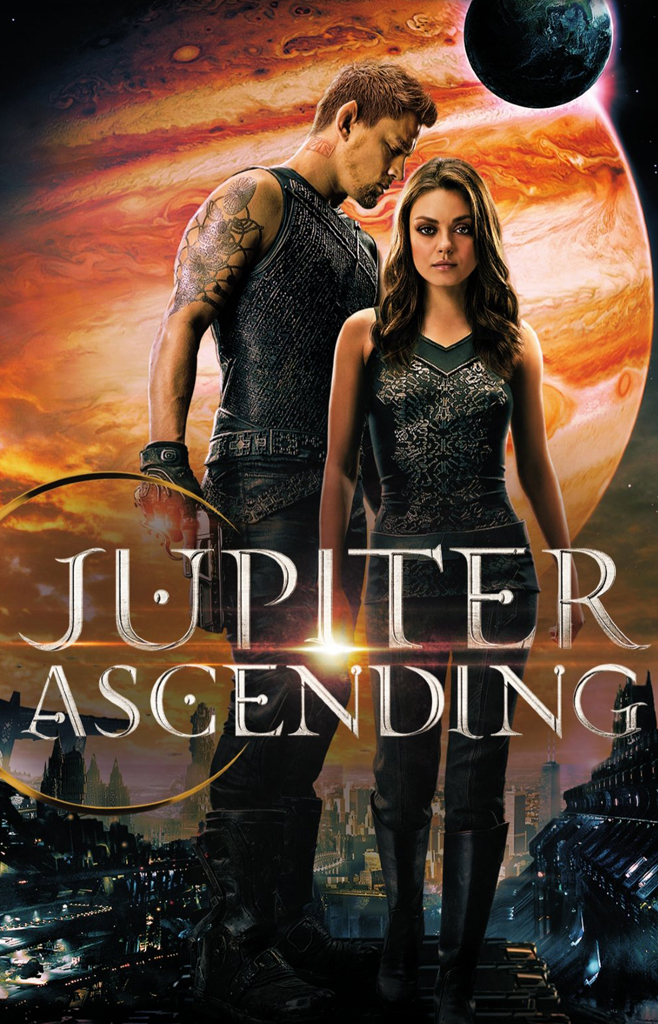 This is a first for me. Rarely do I mention the opening trailers on a Blu-ray or DVD, but this has to be brought up. To start, Jupiter Ascending, by Lana and Andy Wachowski (The Matrix Trilogy), had been pushed back from its original release date of July 2014 to February of 2015. The reason? The finishing of the film’s complex special effects. Well, someone didn’t adjust the Blu-ray’s contents because all of its trailers for films such as PAN and San Andreas featured release dates of “next summer” on them. When Jupiter Ascending arrives on Blu-ray, San Andreas will have already come out in theaters. Whoops.

After seeing the film, I can honestly say that it is lush and beautiful with a completely new sci-fi universe to gaze upon. So it was money well spent. What they should have done was spend that extra time on trimming down this two hour and seven minute epic that goes nowhere.

Jupiter Ascending is the story of a space Cinderella named Jupiter Jones (Mila Kunis) who has the right genes instead of a glass slipper. Caine Wise (Channing Tatum) is a former solider hired to track her down and bring her back to her people. The heart of the story lies with an ancient family dynasty that plays for control of the universe. Jupiter bares the same genetic code as the Queen Mother to Kalique Abrasax (Tuppence Middleton), Titus Abrasax (Douglas Booth) and Balem Abrasax (Eddie Redmayne). In this family’s squabbling and playing chess with every inhabitable world in the universe, we learn that time is the most precious commodity there is. It is, in fact, possible for one person’s time to be extended with the cost of other human lives. Jupiter’s adopted home, Earth, is ripe for harvesting; which gives us what Jupiter (and eventually, Cain) will be fighting for.

At first, the Wachowskis keep us guessing with who is the real baddie in this family of ancient rulers. Each claims to have a great love for Jupiter, as she is their mother, and each wants her to reclaim her genetic birthrights. It is all a backstabbing plan, but who will emerge victorious? With that said, one of the three children could be completely cut from the film and you wouldn’t lose one iota of story. The film itself has two climaxes, which, again, could easily negate one of the Abrasax family members. Why all this superfluous story, acting, and action sequences?

The Wachowskis are famous for the story of The Matrix, a film with a cyber-punk messiah that must free mankind. The action to the film was secondary as the story itself could have easily been set in the Middle East.  Here in Jupiter Ascending, there is nothing but action and peril to keep Jupiter and Cain falling in and out of danger. In the process, we are supposed to believe that a bond of trust and love is developed. This never really materializes for the characters. I believed that Mila Kunis was Jupiter Jones, Space Cinderella, and that Channing Tatum was Cain Wise, former solider turned bounty hunter. Yet with each extemporaneous backstory or alien whosa whatsis, I kept waiting for the actual story to take hold. That is, take hold of me and the characters. Sadly, I stopped caring sometime during the second parting of Cain and Jupiter, knowing full well one more villain’s plot had to unfold.

This film is a long, drawn out mess. There are numerous plot points eluded to and then dropped. Characters are mentioned as if they will have some sort of significance, only to never appear. On a positive note, the score by Michael Giacchino is superb. I highly recommend picking it up.