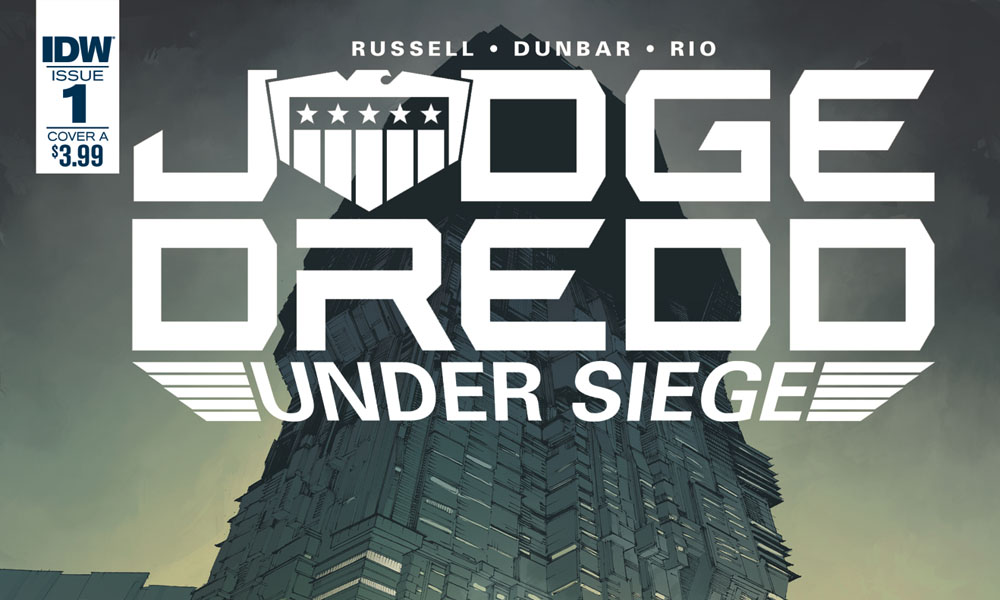 Purportedly a “relaunch” by “IDW Publishing” of their “Judge Dredd” series, this opening instalment to Mark Russell’s four-part storyline “Under Siege” initially appears to be little more than a simple re-imagining of Alex Garland’s screenplay for the 2012 science fiction action film “Dredd”. But whilst this twenty-two page narrative is certainly set within the familiar, claustrophobic confines of a locked down housing block, and soon pairs the titular character up with a female street judge, the similarities between the two story-telling mediums stops there, as “the critically acclaimed writer of DC’s The Flintstones” pens a sense-shattering script involving multi-limbed mutants, an invasion from the Cursed Earth, and more ghastly green raw sewerage than any person could ever possibly want to smell… 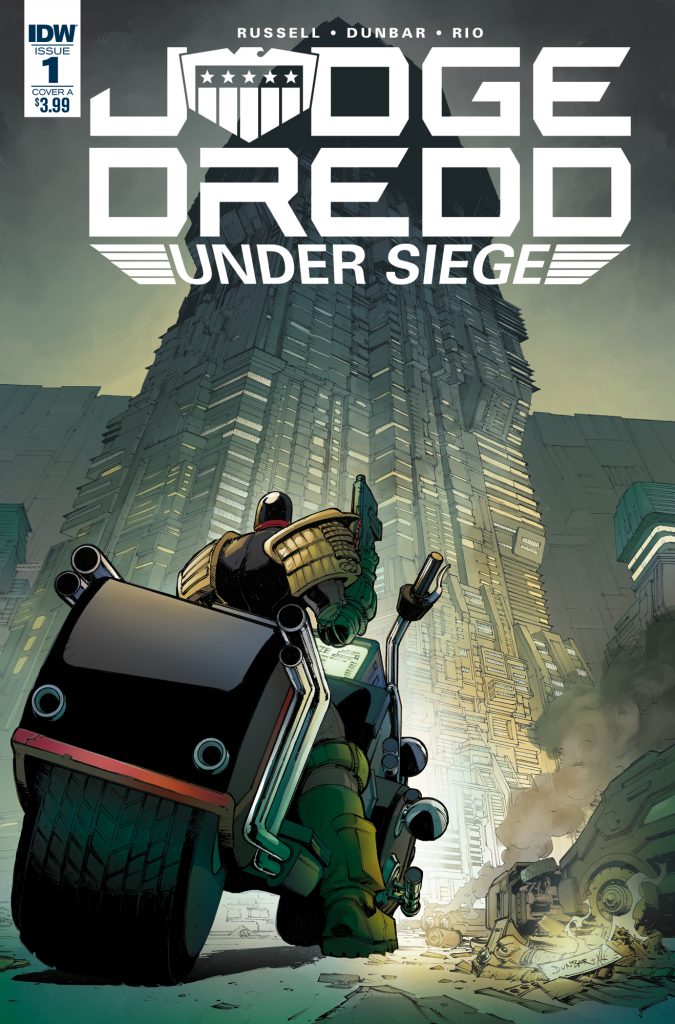 To be fair however, even those elements within the Audie Award-nominee’s treatment which do bear a remarkable resemblance to the forty-one million dollar-making motion picture still provide plenty of punch, with doubtless some of this title’s readers possibly wishing Old Stoney Face’s initial intense fire-fight inside Patrick Swayze Block with a gang of genetically-mutated, heavily-armed criminals was actually how director Pete Travis had started his theatrical release; “I came up here to do a classroom visit. The next thing I know, I’m ambushed by mutants.”

Of course, there’s also a fair amount of “Issue One” exposition crammed within this publication’s pulse-pounding panels, as a member of the habitation building’s residents brusquely explains to his strong-chinned rescuer once he has been freed of his bonds. Yet rather than slow things down, the American author’s fascination for “the urban planning aspect of Mega-City One” and his infectious desire “to explore [it] in this series” allows the comic’s story-telling to actually increase its breath-taking pace by using the mutants’ ability to traverse through the city wall’s sewerage system in increasingly large numbers to ‘ramp up’ the pressure upon Judge Dredd’s dynamic decision-making.

Fortunately, all of these scintillating shenanigans are dynamically-drawn by Max Dunbar, whose ability to unobtrusively pencil Joseph with the occasional humorous moment, such as when the veteran lawman ‘brains’ a triple-knife wielding mutie in the back of the head with a child’s play brick, really helps bring the comic book’s cast to life. Indeed, the Canadian artist’s penchant for sketching the senior judge flying through the air, whether to avoid a fatal blow or to unleash a torrent of “standard execution – rapid fire”, is terrifically well done and one of this magazine’s undoubted highlights.