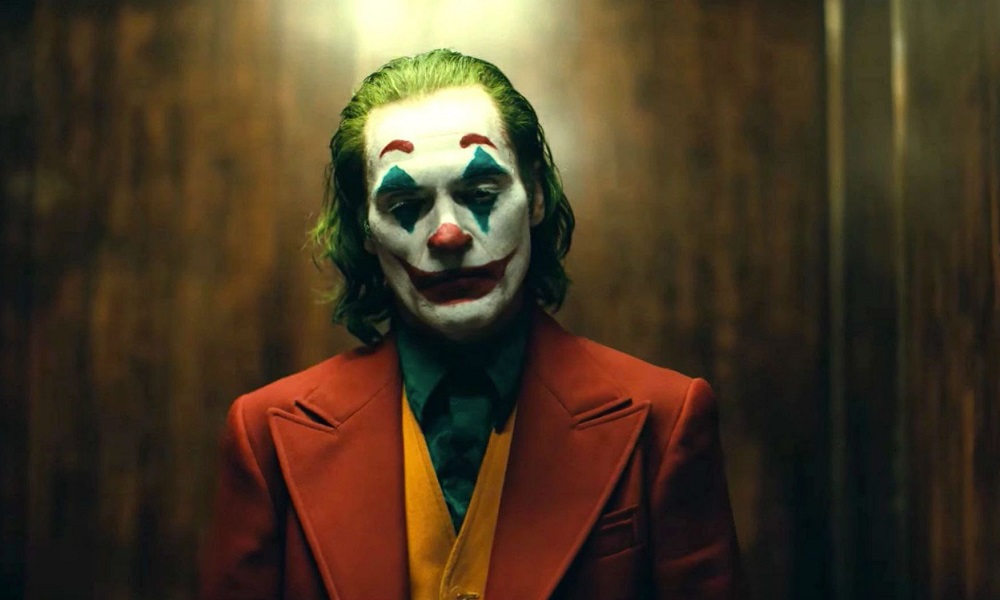 The best way to refute the colossal baggage surrounding Joker — the speculation, criticism and butthurt white boys who think a movie can someone justify murder – is simply to see it and absorb it, as with any other piece of art. The media has once again raised the specter of violent incidents spurred on by this movie which, as always, is absurd. The Joker didn’t murder Heath Ledger, nor turn an assault rifle on a movie theater full of patrons. To state the obvious, he hasn’t killed anyone… because he’s a fictional character and doesn’t actually exist. People commit violence, not drawings on comic book pages.

Despite appearances to the contrary, director Todd Phillips doesn’t remake him into some kind of Travis Bickel-esque anti-hero here, nor does he soft-peddle the horrifying consequences of his insanity. This Joker, like Ledger’s performance a decade ago, is simply reflected through the prism of our era. He speaks to our current societal insanity and demonstrates how you don’t need to live in a four-color universe to grapple with his particular brand of blood-soaked chaos.

In other words, he may plug in to what we’re going through as a county right now… but he’s still the Joker.

Not a plea for understanding.

Not a “bold new reimagining.”

Not another of Warners’ quixotic attempt to assert creative ownership over a character who belongs to the world.

The film does make efforts to address our ongoing indifference to those suffering from mental illness, and its various nods to Scorsese underscore that notion, presenting a late-70s Gotham City flailing beneath a system in full-bore collapse. Garbage piles up on the streets, jobs are nonexistent, and the wealthy make blathering claims about fixing the problem without ever looking up from their seven-course meals.

The tour guide of this hellscape is Arthur Fleck (Joaquin Phoenix) an aspiring stand-up comic eking out a miserable living as a clown for hire and attending to his dying mother (Frances Conroy) in their crumbling tenement building. Phillips lays the Taxi Driver vibes on thick, with a dash of The King of Comedy added in Robert De Niro’s smarmy talk show host whom Fleck fixates on. Mom keeps sending unanswered letters pleading for help from city scion Thomas Wayne (Brett Cullen) who she used to work for as a maid, while Arthur attends weekly therapy sessions courtesy of overburdened public social program. He’s there for some unspecified incident that landed him in a rubber room for a time, and now he’s trying to hold together the semblance of a normal life with help from a cocktail of medications.

Then, as you may suspect, things start to go wrong.

The movie’s success hinges on taking us from that point – grimy, hyperreal, and yes, a wee bit too reliant on earlier tales of urban decay for its vibe (we love Marty’s movies too Todd, but JESUS) – and getting us to the psychotic supervillain whose legacy the film is banking on. Each step is chosen with care, which helps Joker skirt the pretension and self-regard that threaten to undermine it from time to time. We feel deeply for Arthur during the first half of the movie, as he staggers under never-ending body blows from an indifferent world, underlaid with a healthy dose of social activism that constitutes the film’s weakest elements. As the citizens of Gotham take to the streets to hold their leadership accountable, and the social elites do their best to pretend it isn’t happening, the too-cute winks to America’s current political nightmare end up biting off more than they can chew. Considering the specific vibe and setting, Phillips would have done better to leave the class warfare elements as a less time-specific “haves vs. have-nots” conflict rather than fall back on crude contemporary jabs that likely won’t age well.

That said, Joker does succeed in deglamorizing the plight of mental illness in a modern world. The system fails Arthur not because of any overt monstrosity, but simply because it can’t be bothered to stop the thousand little monstrosities that cut his soul to pieces. The first half covers that sad and somewhat nihilistic process in unflinching detail, which works strongly as a set up mostly because it gives us the sense that we know what’s coming.

But it doesn’t rest there; indeed, if it had gone for the easy out of making us pity this figure for the whole movie, it might have bungled the exercise complete. Luckily, it has a few tricks up its sleeve. For as torturous and tragic as Arthur’s circumstances are, he’s not a reliable narrator (for obvious reasons), and as his life goes from bad to worse to horrifying to off-the-rails bonkers, we become increasingly aware that the injustice he lashes out against my not exist anywhere but in his own head.

Then a twist arrives on little cat’s feet: lacking in bombast but devastating in its repercussions and ending with a question that fans will likely be debating for months. But in that moment, it stops mattering what twisted him. All the pity at his harsh circumstances vanishes, leaving him dangerous, unhinged, and cheerfully ready to murder millions for his own nihilistic amusement.

In other words, he stops being Arthur… and turns into the Joker.

Phillips takes full advantage of the revelation, transforming the remainder of the movie into a flat-out thriller. We know who and what this man has become, but no one onscreen does, and their fatal ignorance will turn audience knuckles white as a sheet. He even slips in a few careful nods to earlier incarnations of the character, and keen-eyed fans will spot shades of Frank Miller and Christopher Nolan (among others in the mix).

I’ve refrained from mentioning Phoenix’s performance before now, but even the film’s harshest critics have praised it, and the accolades prove well-founded. As a technical performance, it’s flawless; as a unique take on this singular figure, the actor earns a spot alongside Hamill, Ledger, Nicholson and Romero. His subtle shift – the transformation from put-upon victim to self-immolating punchline to imminent threat to civilization – smooths over any bumpy spots in the script, and helps Phillips take us where he clearly wants to go.

That validity proves to be Joker’s secret weapon, something that Warners and DC struggle mightily with in their feature films. Phillips is dedicated to the character first and foremost, and views his task as a responsibility rather than an entitlement. Joker remains outside of the DCEU – a wise move considering the kerfuffle over it – but comic-book fans will find a villain here that more than meets their expectations. That’s no small feat. By linking this unreal figure to a very real world, the movie finds something new to say about him without betraying his status as comic-dom’s premiere psychopath. “We get the monsters we deserve,” it tells us, and in the end, that’s always been the Joker’s hideous power: holding up a mirror and daring us to take a look. Credit this movie for gazing into that abyss without flinching.