LATEST
Home Movies Features Johnny Mnemonic (1995): Not Worthy Of Praise, But Too Cool To Dismiss

Johnny Mnemonic (1995): Not Worthy Of Praise, But Too Cool To Dismiss 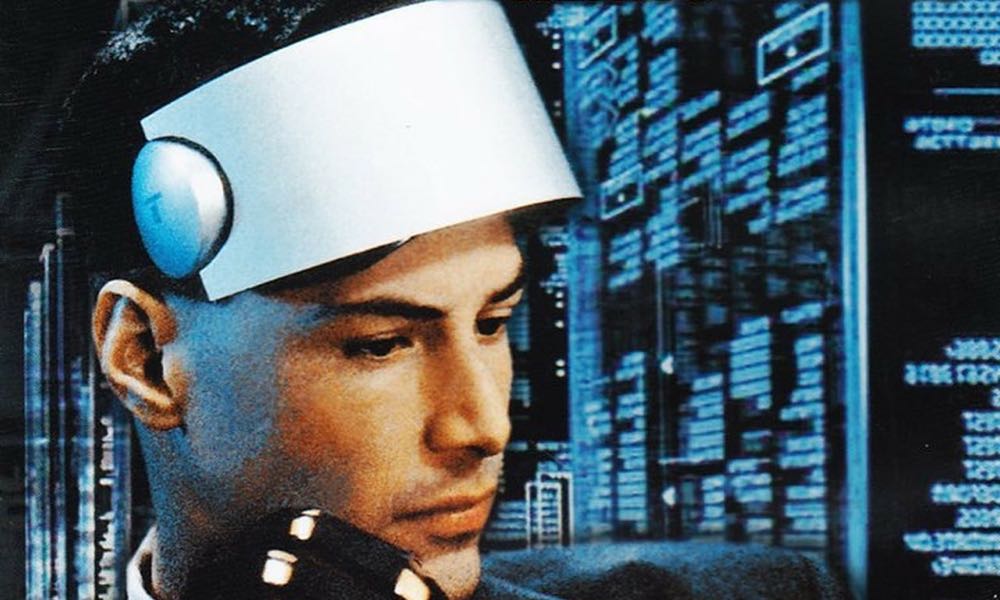 Johnny Mnemonic is an odd bird of a movie for several reasons, to start off, this cyberpunk odyssey features Keanu Reeves in the role of the film’s eponymous lead character. It’s his first outing in a role outside the Bil and Ted franchise. Reeves is an oddity himself. The question remains unanswered in the minds of fans and detractors alike of whether Reeves is a good actor or not, and depending on your point of view, but, in any case, he has moved beyond that question to become a full-fledged social phenomenon and a pop culture icon. He’s pretty good in this and one of the film’s best moments is the very amusing ‘I want room service!” soliloquy he delivers in the movie’s third act.

Johnny Mnemonic is a 1995 Canadian-American cyberpunk action thriller film directed by Robert Longo who made several music videos in the eighties. The film is based on the story of the same name by William Gibson. The film portrays Gibson’s dystopian view of the future with the world dominated by megacorporations and with strong East Asian influences.

This film is not good enough to praise, but too cool to dismiss for various reasons too, and feels like an absurd latter-day fairy tale at times. Both the film and the soundtrack are dripping with ’90s MTV sensibilities which is also reflected in the films cast, which features some interesting and amusing choices that include the always cool and enigmatic Takeshi Kitano as a Yakuza boss, Udo Kier, resurrecting his nazi queen persona, and other appearances include Dolph Lundgren as a crazed cyborg assassin-for-hire, Henry Rollins basically playing himself and a still-young Ice-T as J-Bone the leader of the Lo-Teks, a group of insurgent hackers that bear a strong resemblance to the lost boys of Peter Pan. This film, at times, almost seems like a dress rehearsal for the Matrix.

This is not great film making. Johnny Mnemonic varies between seeming like a slick thriller at times and a very cheesy low budget parody at others. Little care is taken to create a tangible world as a backdrop for the events of the film which uses vacant trash-filled lots ad abandoned buildings to depict the world where the film’s events take place. The film itself has an odd history, that might help explain a few things. The film’s creators. Longo and Gibson originally envisioned making an art film on a small budget but failed to get financing. and what started out as an arty 1½-million-dollar movie, became a 30-million-dollar movie when Sony became involved in the production. Eventually, it was decided to re-edit the film in an attempt to transform it into more of a mainstream thriller. Author of the film’s source material and screenplay co-writer William Gibson was quoted as saying: ‘Basically what happened was it was taken away and re-cut by the American distributor in the last month of its pre-release life, and it went from being a very funny, very alternative piece of work to being something that had been very unsuccessfully chopped and cut into something more mainstream.’

Johnny Mnemonic starts out with a big chunk of exposition in text scrolling on the screen providing the viewer with all the information needed to understand what is about to unfold on the screen. What unfolds is a plot full of holes in a narrative that portrays a ‘future’ corporate dystopian mystery and adventure as Johnny, a cyber-courier, takes on a job to transport some top-secret data that could literally cost him his head. The story segues into a latter-day odyssey as Johnny and newfound friend/bodyguard Jane (well played by Dina Meyer)  traverse the bleak urban landscape of future Newark New Jersey like some latter-day Alice In Wonderland while avoiding bounty hunters, a crazed cyborg, and the Yakuza; all out for Johnny’s head and what it contains.

Johnny Mnemonic is undeniably dated in regards to portraying computers and hacking devices. The film falls back on the old-school Tron approach of using animation to portray traveling the circuitry, wiring, and so forth. The film ends with a crescendo of pure technobabble that even the most novice computer user of today would recognize as absurd. Maybe it was meant to be amusing.

Al this adds up to what turns out to be a modestly enjoyable film overall and a somewhat remarkable and fascinating piece of genre movie history.