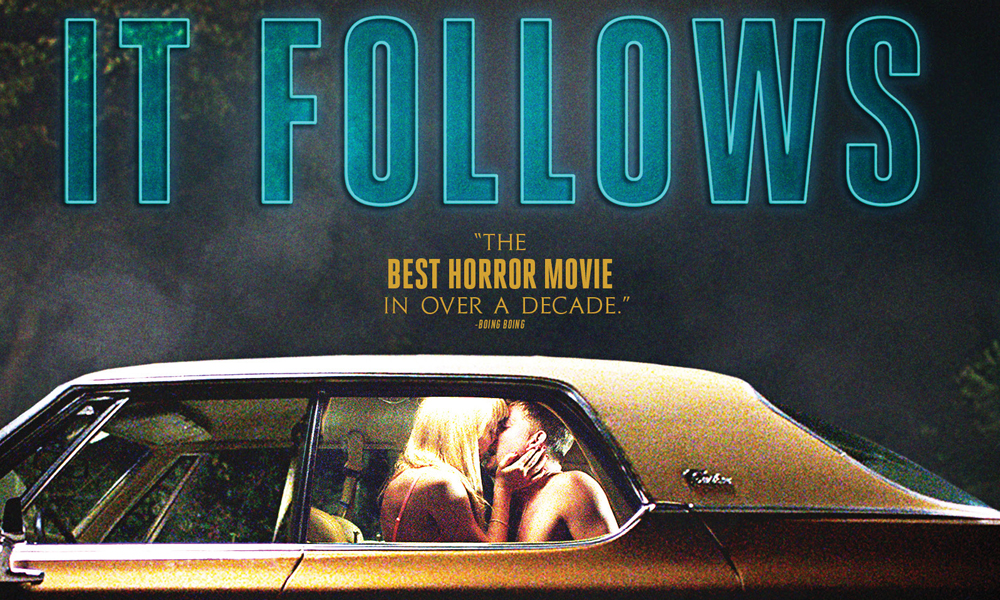 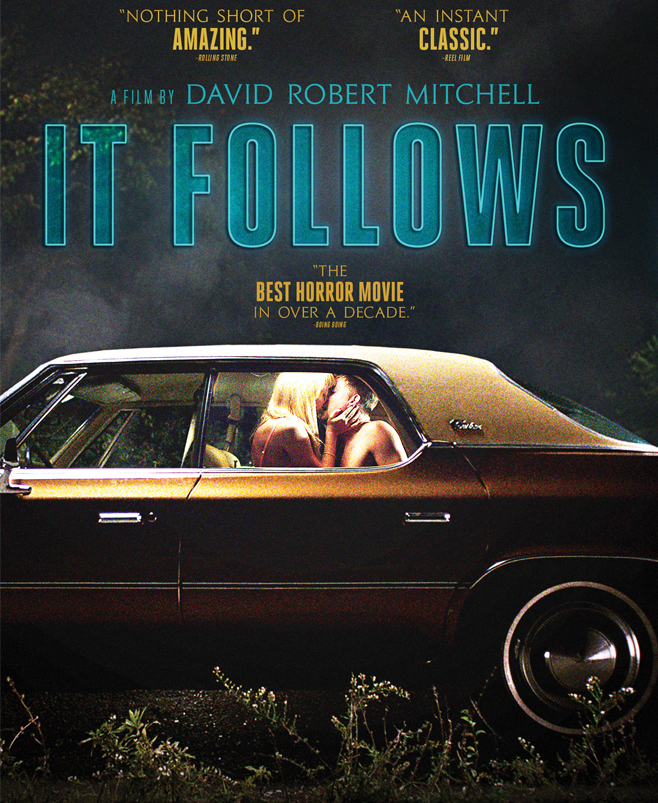 Finding a good horror movie these days is a tough thing. More often than not, something comes along with a unique premise/ idea and gets chewed up by the public and spit back out in the form of sequels. When rumblings start to occur that one of these unique films is out there, I naturally pay attention. With It Follows, I was a tad torn. One critic I know raved about the film, but his opinion doesn’t rank very high with me. A close friend, who’s opinion does matter, liked It Follows, a lot, and wanted to know what I thought. It was time to watch It Follows.

Before I begin, perhaps, I should explain my horror criteria. The one thing that I have learned about the horror genre is that it means something different to everyone. To someone, Halloween is their Star Wars. To another, horror films are part of a genre on its own scale, outside of other movies. I like to be presented with genuine scares, fresh ideas, and, above all, a good time. Gore is not horror, it’s laziness. Marketable icons are not horror, either. Well, not anymore. The point is, make me feel afraid or at least just entertain me.

It Follows starts off with a great idea. Derived from urban legends and campfire stories, the film features an entity that simply and slowly follows its victim. Creepy, right? The story is centered on Jay (Maika Monroe), who is out on a date with Hugh (Jake Weary). The evening ends in the back seat of the car and, after having sex, Hugh chloroforms Jay. The horror begins when the terrified heroine wakes in an abandoned warehouse tied to a wheel chair. Hugh assures her that the binding is merely to make sure she stays and witnesses what he has to say. He tells Jay that she now has “it”, a mysterious thing that will follow her. It can appear as anyone, even a loved one, and will always walk, never run. The goal is for Jay to never let it get her, because it means death. If it succeeds in killing Jay, the thing will resume following Hugh and so on back to the beginning if he is also killed. The only way to be rid of this thing is to pass it on through sexual intercourse. Having done what he felt was his duty in telling her, Hugh takes Jay home and her living nightmare starts. She begins to notice strangers (that no one else can see) starting to follow her.

From there, It Follows features Jay and her friends trying to unravel the mystery of Hugh, and how this has happened. Writer/ director David Robert Mitchell (The Myth of the American Sleepover) keeps the story to the teenagers. There is no expert or police involved with the story. This makes it incredibly believable that a group of friends would rally behind their friend’s strange predicament. After they get Jay far away from home, the teens witness first hand that something very real is following her. They know it’s there, they just can’t see it.

The film cruises along a great pace for the first act. The methodical, almost Michael Myers-esque. walking of the entity is really creepy. Anyone could be following Jay. This opens up a new realm of fear and paranoia for both the character and the audience. It was both interesting and frustrating that the film was set in a world where you really weren’t sure what year it was. Despite our lead having a few noticeable tattoos, I thought it was the early nineties. There were no cell phones and no one rushed to the computer to find answers. The cars were also from anywhere from the eighties to the late nineties. This ambiguity of not setting a time kept me guessing and off balance. Where the movie blows a tire is when “it” goes from a creepy and disturbing person, who simply walks, to a demon-like thing that hisses like a third rate haunted hayride employee.

Horror films always have rules, the rules set up in the particular story and those in the genre, itself. Sadly, “common sense” is the rule that all bad horror films usually break. Jay knows that she has to pass “it” along to someone else. She decides to sleep with an older “bad boy” friend, and the two wait to see if “it” is now coming after him. Wait, what? Why would she curse someone else with this? Then again, it seems as if her male friend didn’t believe that anything was really happening to her, anyway, despite being there when all of her other friends were attacked. After this guy falls to the entity, Jay then proceeds to sleep with another younger and more innocent one of her friends, who ALSO volunteers. I believe that all teenage guys just want to get laid, but this is a bit too much to believe; not to mention this second kid already witnessed a barrage of horror, shot the “it” with a gun, and knew the first guy had died. So now with two characters too stupid to survive, I’m no longer invested in their salvation.

I hope that writer/ director David Robert Mitchell has a few more tricks up his sleeve.  It Follows fails to deliver anything truly horrific as the lead character is never a hero you sympathize for.

The many special features on the Blu-ray and DVD include a critics’ commentary hosted by Nerdist’s Scott Weinberg and featuring Eric D. Snider ( MovieBS), Britt Hayes ( Screencrush), Samuel D. Zimmerman (Shock Till You Drop), Alison Nastasi (Flavorwire) and Eric Vespe (Ain’t It Cool News); the featurette “A Conversation with Film Composer Disasterpeace” and a Poster Art Gallery.