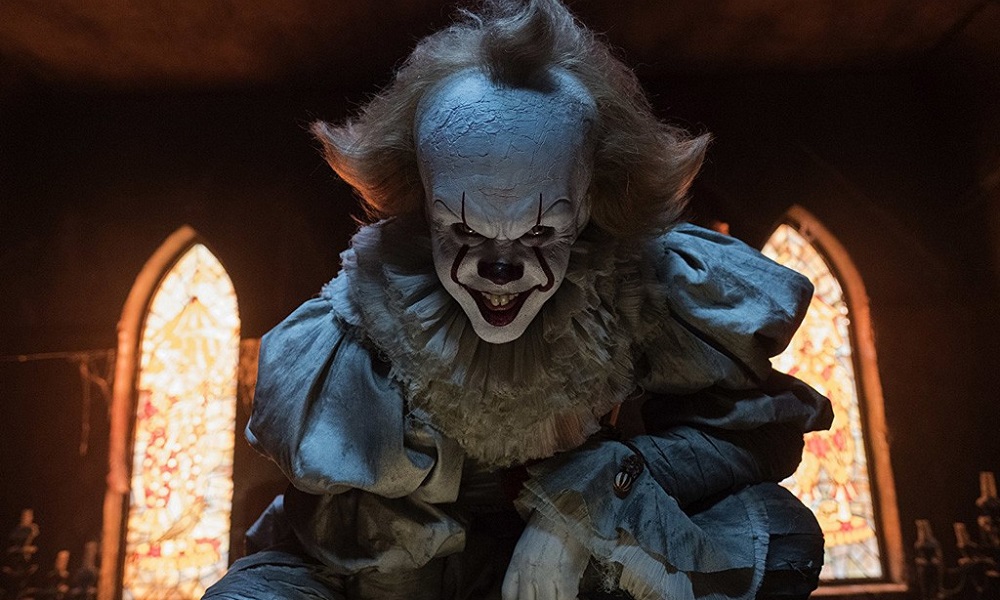 In August 2016, a nine-year-old boy in South Carolina told his mother that two clowns had tried to lure him into the nearby woods. Social media and hoaxes fueled a frenzy; and by mid-October 2016, “evil clown” sightings had been reported in nearly all U.S. states, nine out of thirteen provinces and territories of Canada, and eighteen other countries. 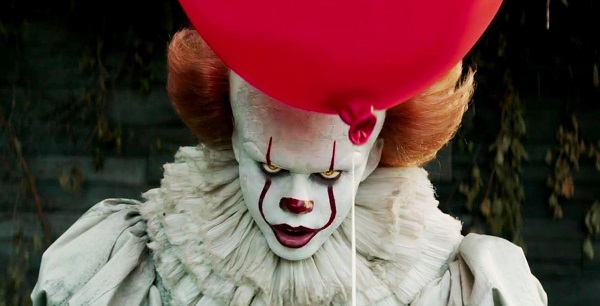 Was this actually a viral marketing campaign for the 2017 movie It, based upon Stephen King’s 1986 novel about a supernatural entity that appears primarily in the form of a clown to attract its preferred prey of young children? Did it manage to fool its marks as effectively as the eponymous “It” fools its? That would help explain the critical success and commercial mega-success of a movie that (despite what its superbly scary teaser trailers promise) isn’t very good.

In fact, it’s as trashy and campy as the worst adaptations of Stephen King’s works. And it’s as corny, campy, and childish as the cult classic The Goonies (1985)—which was obviously an influence—but not in a good way. At least half the time, It feels more like a Spielbergian children’s fantasy instead of an R-rated horror film. And this annoying dissonance in tone is matched by the holes in its plot and premise and the inconsistencies in its setting.

It takes place in the fictional small city of Derry, Maine in the summer of 1989. But it seems more like the late 1950s—which is when the corresponding early half of the mega-novel takes place—with self-consciously tacked-on references to Mark Wahlberg’s old boy band New Kids on the Block, the “Street Fighter” video arcade game, and John Hughes movie icon Molly Ringwald. And Derry, like almost everything else in the movie, lacks verisimilitude.

Stephen King just loves to tell stories about supernatural evils afflicting “Peyton Place,” and It’s Derry is an SJW’s nightmare world of racism, antisemitism, incest, child neglect/abuse, and bullying. (Is fitting the liberal narrative about “Trump’s America”another reason for the movie’s preposterous success?) And the movie’s protagonists, who form “The Losers’ Club,” are a gaggle of 13-year-olds excluded and bullied for various social impediments. 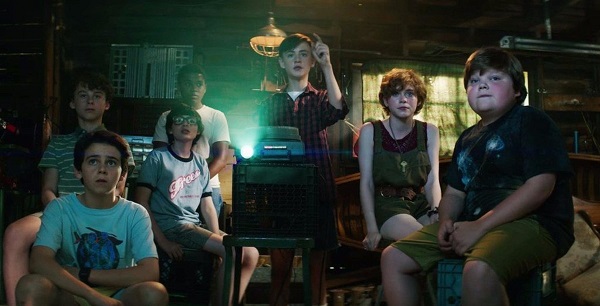 Bill stutters, Richie is a bespectacled loudmouth, Eddie is a victim of Munchausen syndrome by proxy, Stan is Jewish, Ben is an obese bookworm, Beverly has a reputation as a “dirty girl,” and Mike is African-American. And unlike the four misfit 12-year-old boys in Stand by Me (1986), another film based upon a Stephen King story and that was obviously another influence upon It, they’re so unlikeable that the audience is actually tempted to side with It and the gang of four juvenile delinquents who bully them.

That gang is led by Henry Bowers, a switchblade-brandishing sociopath who’s like a fledgling serial killer version of “Ace” Merrill, the main villain in the far superior Stand by Me. His gang’s near-homicidal bullying of Mike and Ben beggars suspension of disbelief. And so does the ignorance and child neglect of Derry’s adults. Derry’s adults “die or disappear six times the national average,” and the rate for kids is “way, way worse.” But the adults, other than imposing a 7 p.m. curfew, don’t seem too concerned.

This, along with Henry Bowers’s excesses, must be the doing of It, who has some telepathic as well as shapeshifting abilities; but the movie never explains this. And instead of exploring the themes of losing one’s innocence and accepting one’s mortality, It preaches the mawkish message of sticking together and not being afraid. Of course, not being afraid isn’t too difficult for the audience because the movie isn’t very horrifying or terrifying.

The movie’s only terror and horror come from “jump scares,” visual effects, and Bill Skarsgård’s exquisitely creepy performance as “Pennywise the Dancing Clown,” the most common embodiment of It. After the strong opening scene, the movie abruptly becomes uneven and disjointed. There’s no sense of steadily mounting dread, of the ground shifting under one’s feet. It feels like a slow walk through an R-rated funhouse, rather than the masterwork of horror it is supposed to be and could’ve been.