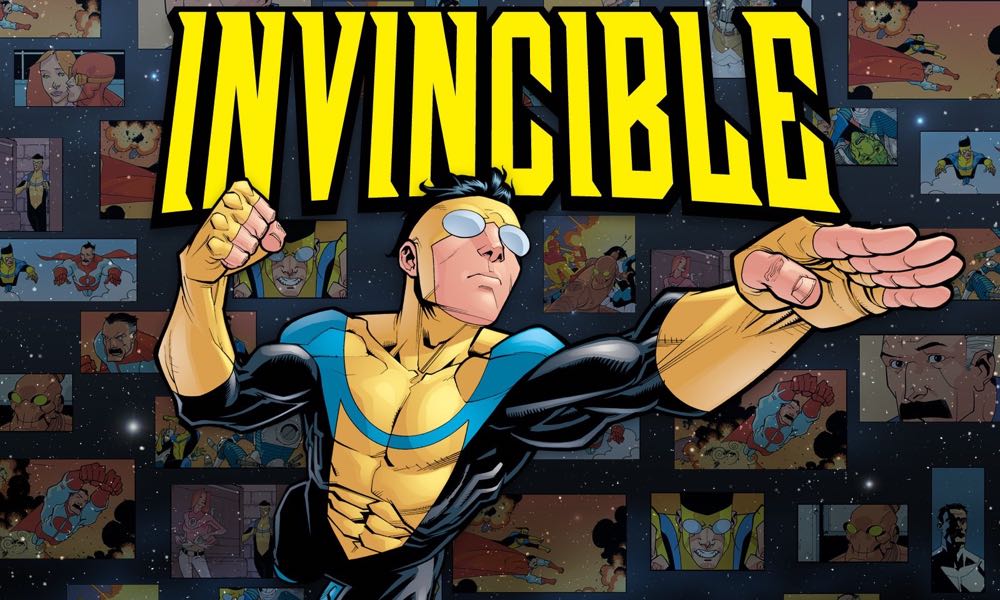 Going in, I had only a vague idea of what to expect when I started watching the first three episodes of Invincible’s first season last night. Although most adults still consider animation to be kid-stuff, Amazon’s new animated series is definitely not meant for kids. This mostly enjoyable, fast-paced, and often graphically violent tale of a world well populated by beings with super-powers is reminiscent of several other recent series featuring a cast of super-powered humans and the world they occupy. I was almost immediately reminded of Doom Patrol, another comics-based series, and The Boys, another Amazon production. Two series that both share elements with this one. Although Invincible reminded me of other shows along the same lines, this is a series that distinguishes itself, narratively and in other ways.

Like I said before, many people consider animation strictly kid stuff, but you should remember that animation has come a long way in recent years. I have remained a fan of the medium my entire life. My tastes and appreciation for the art form have become more refined over the years. I have become maybe even a little bit of an animation snob. I am extremely picky about the quality of animation.  While, in the end, it all comes down to the story, the artwork and character design are super important to me, and I must adhere to high standards to win my approval. Combining analog animation helped along by a restrained use of computerized imagery, Invincible scores high in all of these critical areas. Although this series falls victim to some of the downfalls of commercial animation, Invincible is slightly better in quality than your typical commercial animated series.

Still not convinced? Imagine for a moment that this is not animation. In any medium, Invincible has everything going on you could ask for in a genre series. Engaging characters in an engaging story while also being a terrific example of memorable world-building, with plenty of detail and breadth. A world populated by fascinating characters. Narratively, Invincible is a uniquely enjoyable mix of several elements. Against a backdrop of imaginative, engaging, and explosively violent superhero content, the series mixes a story that begins as mostly coming-of-age YA material as its eponymous character (aka Mark Grayson) learns the ropes of the superhero business from his super-powered dad, which naturally leads to some family drama. It soon develops into a story that widens its scope into a story that encompasses the entire world and others with a tale of adventure, action, and mystery, including a twist towards the conclusion of episode three that turns the entire story so far on its head.

Not familiar with this title? Invincible is an American adult animated superhero drama streaming television series based on the comic book character of the same name by Robert Kirkman. The series premiered on Amazon Prime Video on March 26, 2021. Invincible stars Steven Yeun, Sandra Oh, and J. K. Simmons, and others. The voice cast here is excellent.

I have said this is not suitable for children. Still, unless I miss my guess, most kids of a certain age would love this stuff because of the gross-out factor resulting from all the violence. Invincible does not hold back when portraying its violent scenes. Although many o kids might enjoy this series, parents should be careful before exposing their kids to this content. It just might give the little monsters nightmares. Personally, I can not wait to watch the rest.