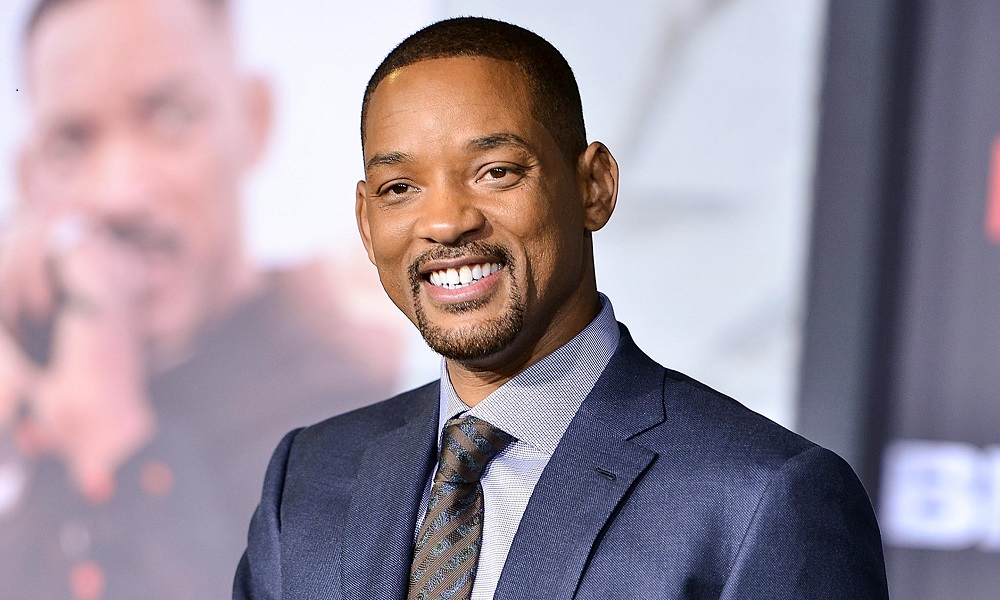 Will Smith rose to the heights of fame so quickly and so completely that it’s hard to remember a time when he wasn’t a part of the pop-culture landscape. Even in a career as varied as his, however, his latest move comes as a surprise: taking on the role Robin Williams made famous in the new live-action version of Aladdin. He spoke with the press about the big blue shoes he had to fill at the recent junket for the film.

Question: How did you approach the challenge of taking on this part?

Will Smith: It definitely started with fear. What Robin Williams did with his character was so… complete that he just didn’t leave a lot of room to add to the Genie. So I started off fearful. But there’s something that Walt Disney did in the design of these stories – something his company has used to make these movies so successful – that helped. At the core of these stories is something that shocks the inner child within you, and forces it to come alive and smile and appreciate the moment.

For me, when I got with the music, it started waking up that fun childlike part of me. This was the most joyful experience of my career, and that started with the music.

Q: Was there a specific song that got you to that place?

WS: The song that got me over the hump was “Friend Like Me.” I went into the studio the first day and I really wanted to play with it to see if I could add something to it. And literally 30 minutes in the studio, we found that in that 94, 96 BPM range, which is proper old-school hip-hop. I grabbed the Honey Drippers’ “Impeach the President,” which has a really classic old-school hip-hop break beat. And I had them throw that break beat under there. And I messed with that, and I messed with Eric B and Rakhim’s “I Know You Got Soul” under “Friend Like Me.” And I was like, “Oh my God, I’m home!” Then I started playing with the hip-hop flavor. The Genie was really born in my mind from the music. And I understood that once I played with “Friend Like Me.”

Q: How did Guy Ritchie’s directing play into it?

WS: I heard an idea in The Alchemist about a shepherd leading from behind. And that’s the really beautiful approach that Guy takes. For the first five or six takes, he doesn’t say anything. He just watches, and he lets you do it, and he sees what everybody’s choices are naturally. We’re playing and we feel like we’re making it, and we start getting excited. And then he comes in and just gently guides everybody back towards what he wants. He’s wildly collaborative and open. It’s a rare combination to be that open and that definitive at the same time. It’s a very difficult thing to do. And he has mastered that very well.

Also, I don’t think a lot of people recognize this, but the Genie is 100% CGI. People look at it and they think it’s my face blue and my body. The work was so good that they don’t even get credit for it. But it was great for me as far as finding the character, because it freed me to play. I would just be on set, and we would run the scenes, and I would improv on set because I knew it wouldn’t necessarily be in the movie. Then we would do the first round of the CGI work, and then we could go again and could work it. Then Guy watched the whole movie, and then I had another chance to go back and play with lines and make adjustments. It took the pressure off and we were able to really play with what the character could do and be.

Q: The first film ran into a little trouble with stereotyping. How important was it to tell this tale not only from the animated motion picture, but also the origin culturally to keep it authentic?

WS: I think it is critically important to pull stories and colors and textures and tastes from around the world. I think that in this particular time in the world, that kind of inclusion and diversity will be a critical part of turning our connectivity. We have more connectivity than ever, but transitioning that connectivity into harmony is going to be really critical. And I think these kinds of interactions in these types of movies are a powerful global service. It was critical and important to me.