INTERVIEW — The Villains of The Lion King 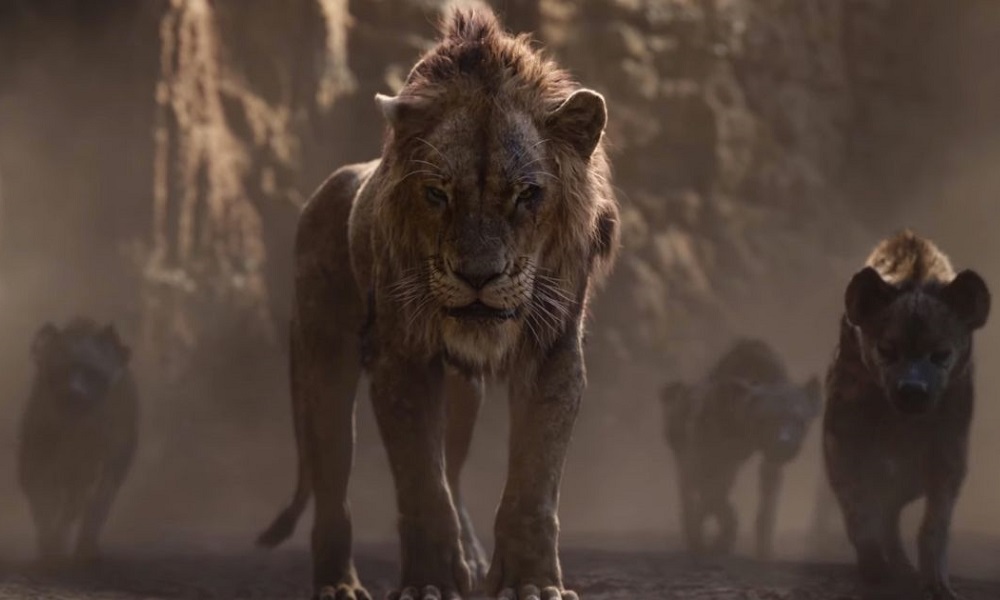 Chiwetel Ejiofor got his big break when – at the age of 19 – Steven Spielberg cast him in a pivotal role in Amistad. He has built an impressive resume since then, including the likes of Dirty Pretty Things, 12 Years a Slave, Serenity, Children of Men, and The Martian, as well as a hand in the MCU with Dr. Strange. Florence Kasumba is a German actress with prominent MCU appearances in the likes of Black Panther and Captain America: Civil War, as well as the onstage version of The Lion King in her native country. Keegan-Michael Key rose to fame alongside his comedian partner Jordan Peele, with whom he appeared in this summer’s Toy Story 4, as well as solo work such as the upcoming Dark Crystal: Age of Resistance. Eric Andre is a comic actor best known as the voice of the demonic Luci in Netflix’s delightful Disenchantment.

The quartet collectively serve as Team Villain – Ejiofor as Scar, and Kasumba, Key and Andre has his hyena minions – in the new live-action adaptation of The Lion King. They spoke about the roles and the unique process of bringing animals to life at a recent junket for the film.

Question: What’s the impetus for playing a figure like Scar?

Chiwetel Ejiofor: I’m a huge fan of earlier incarnations, obviously, like everybody else. Jeremy Irons was magnificent. I saw this as an opportunity to go back in and explore the character again from a slightly different perspective, and see what was there. It’s such an incredible part to play, and finding the empathy — not sympathy, but empathy for him — and trying to understand him and trying to get underneath that, was a wonderful experience for me.

Q: Can you talk about making Scar your own: honoring what Irons did while finding your own path?

CE: It’s exciting to even get the opportunity to begin a journey like this, with Irons’ performance so commanding. In a way, you just approach it the same way you approach any other part. You sort of identify with the character, you look at his psychology and you place yourself in his circumstances, and that creates its own individual slant. You create the individuality to it in that way, since you’re viewing Scar’s personality from your perspective and no one else’s.

Q: Did you think about Iago?

CE: I didn’t, actually. Iago is connected very specifically to the corruption of love, whereas Scar is so much more invested in power, which belongs to another Shakespearean villain. I don’t know if I thought of any of the Shakespearean characters directly. Obviously, Scar is partly an amalgam of so many, and in some ways, the pieces that make the whole. But maybe, you’re making me think now… [laughs].

Q: How do the hyenas figure into this new Scar’s dynamic?

Keegan-Michael Key: We’re in a very toxic relationship that we try to hide from our leader. It’s like she’s the boss and also our therapist. I’m not going to tell her the truth in this session, though.

Florence Kasumba: I was lucky because I had played the part already in Germany for more than a year. And we played eight shows a week. So in part, it was like muscle memory… and yet this Shenzi is so different. In the musical, we’re kind of the class clowns: dumb and funny, the comic relief. But when I listened to the dialogue here, when I read the part, I realized how much more serious and more dangerous these hyenas were. I was lucky that my first day that I was in a black box and we were very physical, because the guys were so strong, it was easy for me to just be big. Everybody was very confident, and we could just really try out things. We could walk around each other. We could scare each other. We could scream, be loud, be big, be small. It’s like working in the theater, which I love. So having that freedom just made me, I was allowed to do whatever I wanted to.

Eric Andre: Jon Favreau is incredibly talented and really, really easy to work off of. And he is a selfless altruistic talent, which is rare. So I was in good hands. We were in great hands with Jon.

KMK: Yeah. I think Jon is a great student. He has an encyclopedic knowledge of all different types of comedy. And one of those pieces of knowledge involves comedic duos and the dynamic that exists between them. As Florence said, we were allowed to walk around the room. It was as if we were being directed in a scene in the play. We all had microphones on, so everything was captured. And then in subsequent rounds, Jon would get a little more technical, and it was each of us by ourselves. I think I had two with the group and then two by myself. And the refinement was also very fun, because we would sit there and I would have the headphones on. I would say to Jon, “are we looking for Fibber McGee and Molly here or Abbott and Costello?” He goes “I’m actually looking for a little bit of Laurel and Hardy with an explosion at the end, but then back it up into a little Apatow for me.”

EA: “With a sprinkle of Beavis and Butthead. Just a soupçon.”