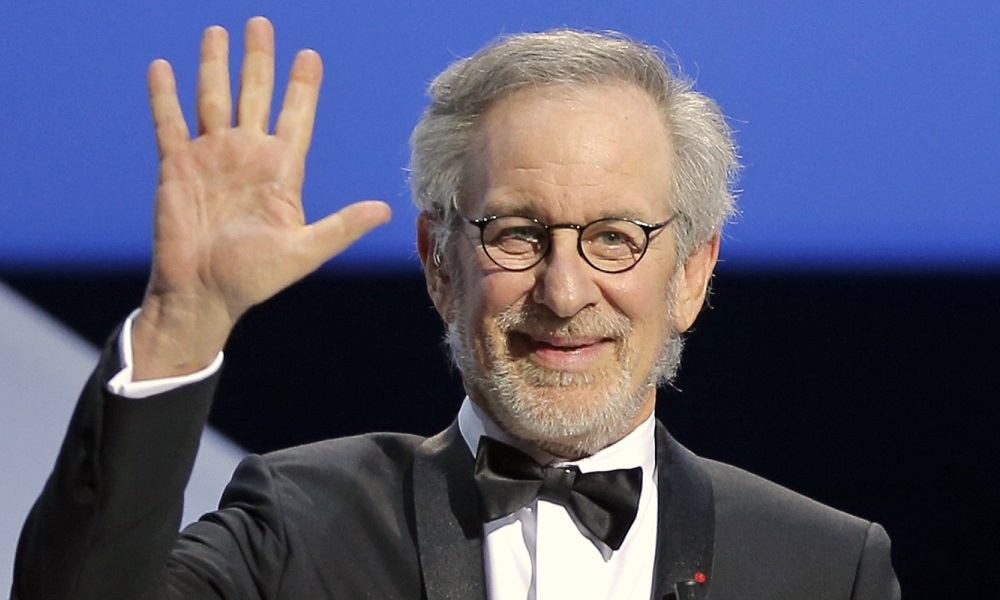 If you don’t know who Steven Spielberg is, then we’d very much like to know where you’ve been for the past 40 years. One of the unquestioned masters of cinema returns this summer with The BFG, based on a children’s book by Roald Dahl and returning the celebrated director to familiar territory. He sat down with the press during the recent junket for the film and talked about the experience in relation to his staggeringly impressive body of work.

Question: Is this your first fart joke in a movie?

Q: What took you so long?

SS: It took me a long time. I guess I’m kind of modest when it comes to flatulence, except when it’s being done by either giants or Corgis. I’ve gotten over my modesty.

Q: The challenge in material like this is to balance the advances of technology and the humanity of the storytelling. How do you find that balance between, pushing forward and still keeping a heart?

SS: The whole nature of my approach to the BFG was to be able to do both: to use technology to advance the heart, and create a flawless transposition between the genius of Mark Rylance and the genius of Weta, as they were able to digitally translate Mark’s soul onto film in the character of the BFG. And so all the work we did was to get back to basics. I knew Mark was gonna really knock this out of the ballpark, but I didn’t want the ball to land at the end of a motion capture volume. I wanted the ball to land in the lap of the audience. And I think Weta paid more careful attention to how to preserve what Mark had given us on the day. Their artists did an amazing job translating Mark accurately. And there’s about 95% of what Mark gave me onscreen… because technology today allowed us to do it. Five years ago, we could not have made BFG this way. The technology wasn’t there for it.

Q: Do ever think about what you could have done with something like Jaws if you’d had CG technology?

SS: If I had the computer and if I had digital artists the way we have them today… I probably would have ruined the movie, because you would have seen nine times the amount of shark. And I think what makes the movie is the dearth of shark.

Q: You’ve travelled this territory before, with a child meeting a wondrous or mystical being. What made this variation, with the BFG, appealing to you, to come back to that kind of story?

SS: What really appealed to me was simple: the protagonist was a girl, not a boy. And it was a very strong girl. And the protagonist was going to allow us at a certain point, to believe that four feet tall can completely outrank 25 feet of giant. And I got very excited about it: a little girl’s story, and her courage, and her values. How she was going to turn the Cowardly Lion into the brave hero at the end. And I saw all kinds of Wizard of Oz comparisons when I was first reading the book, and I said, “Oh, here’s a real chance to do a story about Dorothy and the Cowardly Lion: just the two of them.”

Q: Can you talk a little bit about casting Ruby Barnhill?

SS: Casting Ruby was one of the hardest things I’ve ever had to do. Nina Gold looked at three or four hundred girls, in about five English speaking countries. And I looked at about 150 myself. And when I saw Ruby’s reading, I went crazy, because I had been looking for over half a year. And we’d get the Ireland tapes in; then we’d get the New Zealand tapes in; then we’d get the Australian tapes in; we’d get the Wales tapes; and we’d get the English tapes in; and the American tapes in. And we’d be looking, and looking, and looking. And I was shooting Bridge of Spies, and I thought I was never going to find my Sophie – until halfway through the Berlin shoot, which was almost done with Bridge of Spies, when I saw Ruby’s reading. And I immediately went crazy. My wife was with me, and I showed it to her. And she had seen a lot of the tapes, and she was glumptious over it. She thought Ruby was glumptuous. So we flew Ruby to Berlin, and I met with her. My wife interviewed her while I videoed it on my iPhone. I didn’t talk to Ruby at first; my wife did, because I wanted to stay out of it and let them just get in a conversation. And I cast Ruby before the day was over.

Q: Do you feel like you still learn something every movie you make?

Q: What did you learn making this film?

SS: I learned something that I guess I’ve known before, especially working with child actors. But it has to be fun. It has to be fun. With all the movies I’ve made about history, it’s not really fun because you’re trying to get it right, and you’ve got history telling you how it was. When it’s my imagination, it’s telling me how I wished it had been, but I can’t go there. I have to kind of censor myself. And I’m very good about stopping myself from creating history that never occurred. So this movie for me was a tremendous release, where all I needed was my imagination, and my respect for Roald Dahl’s writing, to be able to say, “This is going to be the most fun I’ve had in a long time,” and it was. It was.

Q: You’re moving on next to Ready Player One, which is a story that’s heavily drenched in nostalgia for an era that you defined, in a big way. How do you sort of keep from making that just like a victory map, of like, “Look how awesome we were in the Eighties?”

SS: I loved the Eighties. And I think one of the reasons I decided to make the movie was that it brought me back to the Eighties, and let me do anything I want… except with my own movies, because I’ve cut most of them out of the book. Except for The DeLorean, and a couple of other things that I had something to do with. I was very happy to see there was more than enough without me: tones of great things that made the Eighties a great time to grow up.