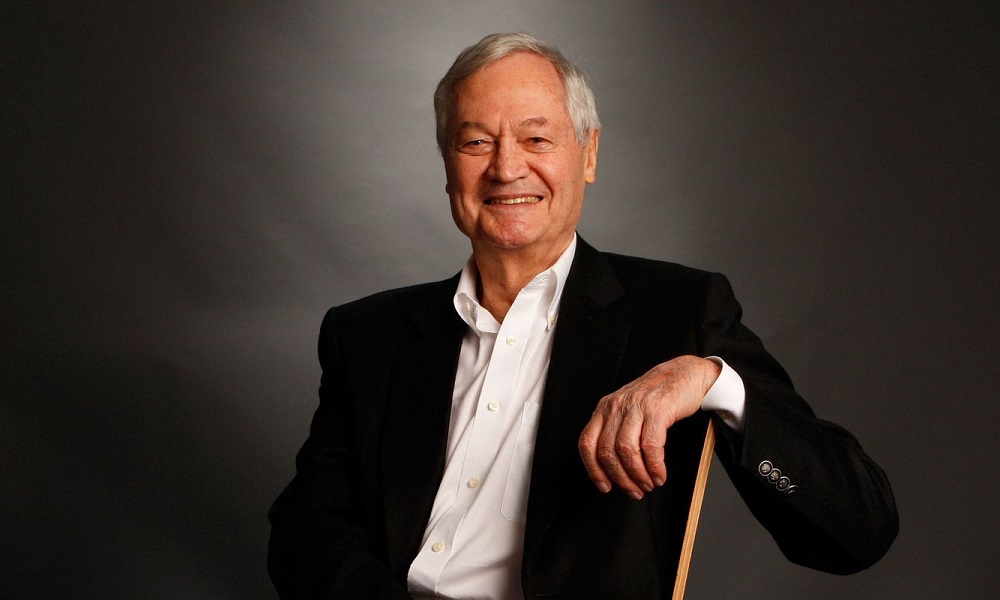 The legendary Roger Corman made his name producing fast, cheap B-pictures back in the era when the drive-in and the grindhouse still thrives. IMDB lists a whopping 413 credits as a producer and another 56 as director. There’s a lot of dreck in there – so very, very much – but along the way, he produced a number of gems, and launched the careers of filmmakers like Francis Ford Coppola, James Cameron and Jonathon Demme. At the age of 91, he has just produced Death Race 2050, an update of his cult-classic Death Race 2000, directed by G.J. Echternkamp. In an exclusive interview with The Sci-Fi Movie Page, he talked about the film, and about the tricks he’s picked up throughout his long career.

Question: What prompted you to reboot this film after all this time?

Roger Corman: It actually came from a strange source. An Italian journalist was talking about the original Death Race 2000. He talked about how other post-apocalyptic pictures like The Hunger Games had come out and been very successful. I’d sold the remake rights to Universal, and they’d done very well with a series of remakes, but those movies lacked the satire that the Italian journalist spoke of. That, I thought, was the key element to the original film. It’s topped polls as one of the greatest B pictures ever made, and that wasn’t just for the action and the car chases! The social satire, and the humor, were what made it work. I thought about that missing element, and I called Universal to see about a remake. They loved the idea and off we went!

Q: How did you settle on a director for the film? The original, as you said, is very well-regarded, one of the signature films you’ve been a part of.

RC: GJ had made a low-budget picture for me, which I thought was very good. It combined action and a little bit of humor, which is what I was looking for. First and foremost, it has to be a car-racing film, but we needed to have that humor.

Q: What kind of differences sprang up because of changes in technology? How does 2017 tech alter the way you shoot the new movie?

RC: We did the first one on 35 mm, but that system isn’t around anymore. Digital cameras give you a lot more flexibility in terms of movements, and in terms of getting something interesting out of the shot. It really frees the director to make difficult shots much more easily. And of course post-production is much easier, with green screen and the like. When we did the first picture, we just had a few special effects to work with, besides the cars themselves. That’s a lot easier to put together now.

RC: It’s much easier making movies today because it costs much less. Production is much easier. But distribution is much harder. In fact, it’s the hardest I’ve ever seen. Medium and low-budget films don’t get into theaters anymore, unless there’s a breakout. DVD was going very well as soon as a few years ago, but it’s fading. There’s still money to be made in DVD and Blu-ray, but not as much. Universal helped a lot on that front, which was why it was so important to get their blessing. Universal has a live streaming service and a deal with Netflix. That gives them the ability to get our film to market.

Q: What’s the secret to the staying power of grindhouse films? What makes a movie like the original Death Race 2000 stand the test of time?

RC: I’ve never quite managed to figure it out, but I think it’s connected with the filmmaker’s ability to gamble on original ideas. You can roll the dice with films like Death Race 2000. Bigger budget films simply can’t afford to take those risks. Smaller budgets give you a chance to see something new, original and hopefully exciting.

There’s something else. Low-budget films are usually made very, very quickly. That lets them respond to the news, and to new cultural trends much more easily. We used to pull our ideas from the headlines. When the Russians first put Sputnik up, I was at United Artists the next morning being told we needed a movie about orbiting satellites. I told them we could have the picture in the theaters in 90 days. We got it done and it was in the theaters while people were still hearing about the event which prompted it. Low-budget movies are much lighter on their feet that way, and that gives them a better chance of being pertinent to the moment.

We actually got a little lucky on this front… though “lucky” might not be quite the right word. Before shooting, we’d worked out that this future society would be a corporate society and that the President would now be the Chairman. Just as a joke, we gave the character Donald Trump’s hair. It was early in the primary season, and no one thought that things were going to go the way they went. We can now say that we’re the first picture out depicting Donald Trump as the President of the United States. Like I said, “lucky” might not be the right way to look at it. But we caught the moment.

Q: How hard is it to find that mix of social satire: to get the tone right as far as larger commentary goes?

RC: For me, it’s very important. Filmmaking is a political process because every movie expresses a point of view, and that point of view is political by default. I wanted to include greater themes in as many films as I could, themes that are important to me. But that always have to come second to entertainment. If you can’t entertain your audience, they’re not going to stick around long enough to listen to anything you have to say. The original Death Race 2000 was first and foremost a very entertaining picture. You can take it on that level alone and still enjoy it. The social critiques come in under the surfaces of the car racing action. You can’t push it, and that’s where you use humor. If it comes with a joke, you’re not lecturing the audience, and they can laugh even as you make your point. The killing of the pedestrians, the old people being wheeled out into the street to be run over: that makes a very sharp point. But people are laughing at it because it’s a funny concept. Darkly funny – it’s a grim joke – but a joke nonetheless. That helps the idea linger in people’s minds, and helps the social comments linger there too.

Roger Corman’s Death Race 2050 is available on DVD, Blu-ray and VoD as of January 17.