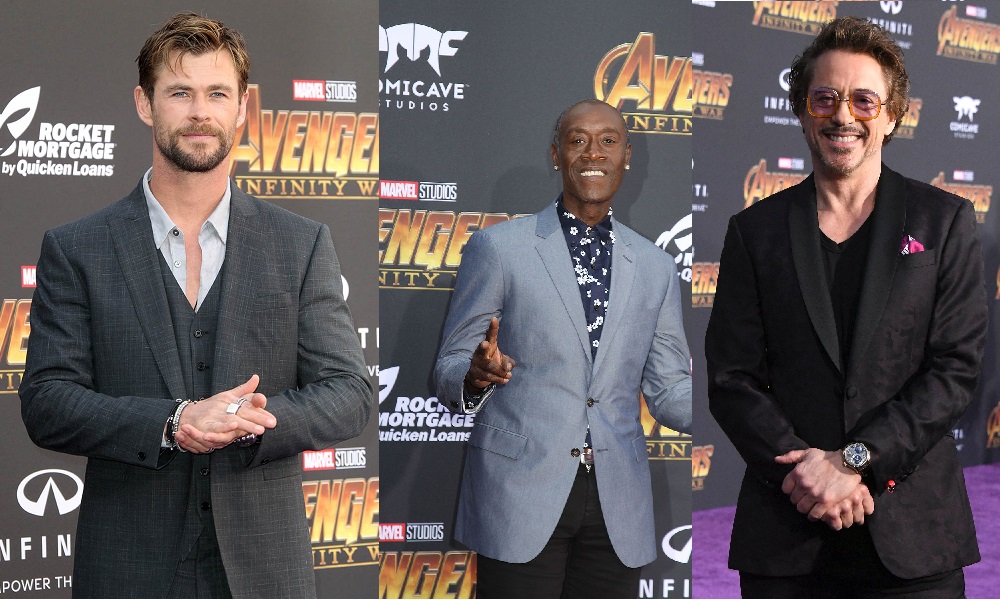 Robert Downey, Jr., Chris Hemsworth and Don Cheadle all came to the MCU from different places in their careers: Downey cementing an improbable career comeback, Hemsworth a rising star just breaking out, and Cheadle a reliable veteran with stellar work both in front of and behind the camera. All of them have embraced their work in the MCU with gusto, and all three play major roles in the hotly anticipated Avengers: Endgame opening this Friday. They spoke to the press recently about 10 years of the Marvel Cinematic Universe and how Endgame brings that first era to a close.

Q: Actors don’t have many chances to show how characters grow and change the way you’ve all had the opportunity to do, at least on the big screen. Tell us about that experience.

Robert Downey, Jr.: I’ve been thinking about this recently. There are always two tracks, at least in my mind. One is “the sky is falling” and the other is “the sky is the limit.” And as we had those many discussions in the high desert and shooting the first Iron Man, I’m reminded now that I was talking a lot of smack about it. “Wait until you see where this goes!” But in the moment, I was just hoping we were making good scenes and getting good stuff in the can. I just wanted to not drop the ball.

Chris Hemsworth: I was just out of high school time that the Marvel Universe came into my universe back in Australia. I remember watching Iron Man 1 and thinking, “oh my God, I wish I could be a part of that. And then a few years on – getting cast in the first Thor and having the opportunity to embark on this thing – at the time I thought, “was this film even going to make it past DVD? Or make to the cinemas? Or was I going to be recast?” All those sorts of questions that actors face.

Don Cheadle: Rhodey obviously started, I think it’s fair to say, as a lighter-toned character. He was bigger than life than I am in real life. But as the character sort of darkened and the narrative became more compact, I think we’ve seen a real growth of this character. And as he’s gone through his trials and tribulations over the course of these films and come out the other side with his legs under him (no pun intended), and really contribute at a high level to the team. It’s been a lot of fun to see where he’s come from and to see where he’s gone and see what happens next.

CH: For me, the character has given me to opportunity to work with a lot of different people. With the first film, I was sort of completely in Kenneth Brannagh’s hands. And he was basically willing to do whatever it takes and wherever he needed me to go for the character. Then, with each new director and in each different cast member, I learned something different. And by the time we got to Ragnarok, I felt like I finally had enough confidence to see what I could bring to this. And then I this great collaboration with [Ragnarok director] Taika [Waikiti]. We really decided to do something different with the character to see how we could make it unexpected and unique. As we were preparing for Infinity War and Endgame, I would call up [directors] Joe and Anthony [Russo] and say, “look, I’ve got this new version of Thor that we’ve just shot. And I want to continue that version. I don’t want to do the old version.” And they said, “we’ve got an even newer version for you.” It’s about the people that made it so special: bringing something unique each time with any of our characters. And the fact that we’re all willing to be open to what new possibilities lie ahead of these franchises and these characters. And it’s been a pretty remarkable journey.

DC: Downey put together these lunches that we have, to get to know new cast members. I’ve always known their work. But to get to know them as individuals, as people and get to be friends, and get to keep coming back, and seeing where everybody is, and people that have kids and relationships starting and ending. It’s rare to have that kind of an experience over the course of ten years with the same group of people.

RDJ: Again, I just feel like I’m kind of an oddball manny who had the opportunity to usher in this large pop-culture event that you’re seeing with family and stuff. It’s just the coolest relay race in the history of entertainment for my money. I think audiences are so smart, and you can’t just skate along doing the same thing. We need novelty. And I think that the Russos and Kevin [Feige] have been able to provide that in spades.