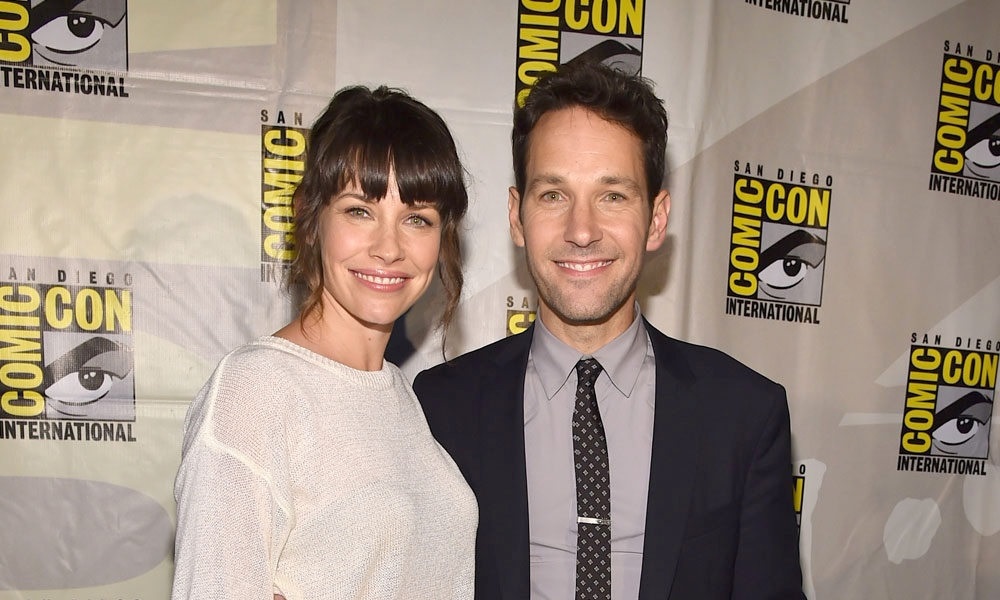 Paul Rudd got his start on Amy Heckerling’s Clueless as the step-brother of Alicia Silverstone’s winsome Cher. He’s since built an impressive resume of over 100 credits, and is best known for comedies like Anchorman and the 40-Year-Old Virgin. Evangeline Lily hit the big time with her role as Kate Austen on Lost before moving on to movie roles in Real Steel and The Hobbit trilogy. Together, they cover the lighter side of the Marvel Cinematic Universe with Ant-Man and the Wasp, opening this Friday. They spoke about the project at a recent junket for the film.

Question: What’s it like returning to a character you’ve played before? How does that differ from coming at a character fresh?

Paul Rudd:  In this case, I think it gave us a little bit of leeway to lean into something maybe a little harder than we would have been able to at first. The character has been established and we’ve seen Scott in two other films. People buy the abilities. They buy me in the role. They understand the rules. So it felt as if we had a little bit more freedom to push. Would Scott do this? Would he make this, would he say this kind of thing? Would he make this kind of choice? You can’t do that if you’re still setting up who this guy is.

Evangeline Lily: For me, it’s like playing the character for the first time. Wasp was going to be introduced in Captain America: Civil War. That was the original plan. And I never expressed it at the time, but secretly I was like, “Darn. She’s not going to get an origins film.” It’s a mild disappointment, but it was there Then I got a call saying “we’ve decided not to put you in Civil War “ And there was this moment, I could tell where they were worried I was going to be offended. And then they said what I thought they were going to say, which was “we really want to dedicate a film to introducing this female superhero and we don’t want her just to be a side note in this larger story.” And that was so exciting for me. Even then, I still didn’t know that there was going to be double billing. That didn’t come till later and that was presented to me as a surprise.

PR: As far as writing goes, that made the team-up here a lot more fun, Hope was born into this. This is a family business. So she’s the one at home in the suit and with the technology. She helped build it, so she’s really good at using it. Scott still sort of feels like he’s learning it, ability-wise. That really helps to write them as a duo and a team and how we learn to work together. It gives them both something to play off of.

Q: The lines between good and bad are much more blurred here than in most superhero movies. The heroes are fugitives. The villains have very understandable motives…

EL: I have a seven-year-old son and he loves violent movies. When he talks about good guys and bad guys in movies, I always feel a responsibility to clarify for him. “Honey you know that there really is no such thing as a bad guy. Right? They’re only just good guys who have made so many bad choices, they’ve forgotten how to make good choices.” A true hero’s job is to remind them of their goodness. Not to annihilate them: to help them redeem themselves. And I think that’s applicable to life. Superhero stories are fun and they’re a totally different world, but to have redeemable villains teaches children that if you encounter somebody that might have a different opinion than you, that doesn’t mean they’re a villain. If they have a different objective than you, it doesn’t mean you should attack them. Maybe you want to try to understand them first.

Q: Parents and children are a big focus in this movie. How do you draw from that?

PR: I can relate to the character that way. I have a daughter roughly the age of Cassie in the film; she’s a little bit younger. That’s the glue. That’s the soul of it.Scott doesn’t have super powers. He just knows how to use this suit. He relationship with Cassie is what makes him relatable. Parents need their kids; kids need their parents. And if we could somehow build a very funny movie that appeals to all ages – that families and kids could see but that actually still fits in the Marvel Universe — that was huge.

Q: Of all the other personalities, both cast members and characters in the MCU, is there anybody who you think Wasp should interact with?

EL: I used to say it would be fun to see the Wasp with the Hulk because she’d be so teeny and he’d be so giant. But then we did Giant Man here, so… that’s out. I just personally have an enormous crush on Okoye and would love a chance to hang out with Danai as much as possible, so let’s just say that. Besides the fact that I am personally going to continue to keep the rumor and gossip about an all-female Avengers film going… until it happens.