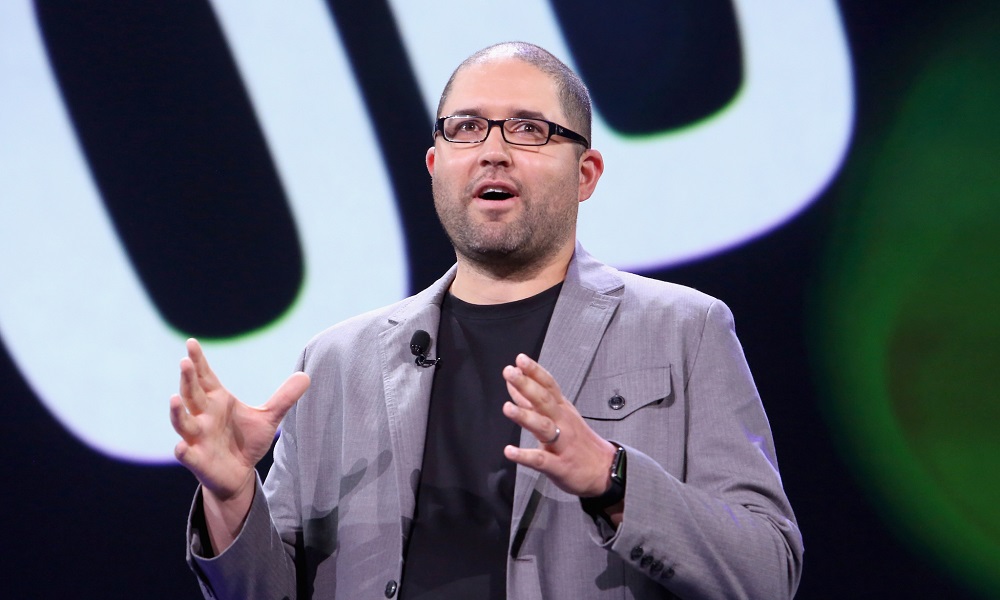 Josh Cooley is one of the mad geniuses at Pixar, with work on Inside Out, Brave and Cars 2 under his belt, as well as several animated shorts. His debut as lead director couldn’t come with a higher profile: the fourth in the studio’s crown-jewel Toy Story franchise. He spoke with the press about the challenges of taking up the mantle at a recent junket for the film.

Question: A lot of us thought Toy Story 3 put such a perfect bow on the trilogy. How did you feel about doing 4?

Josh Cooley: We had the same questions everybody else has right now. “I thought you guys were done!” But we had those questions five years ago when we started. Yeah. Tons of responsibility, tons of pressure. A lot of sleepless nights knowing that we were going to attempt this. Because we love the end of Toy Story 3. And feel like that’s the completion of Woody and Andy’s story. But there was more Woody story to tell. So that’s how we approached it.

Every character in this movie has gone through a transition or is struggling with going through one, or has not gone through one, which was what we focused on. Bo Peep has gone through a transition we learned about while working on the movie. Woody is struggling with moving from Andy’s room to Bonnie’s room. Forky doesn’t even want to transition at all. Gabby Gabby is kind of stuck in time, which is part of the reason we put her in an antique store. Things are not changing around her. There’s dust everywhere. And even Duke is haunted by his past as well. So that’s how we approached it when we were working on it.

Q: And that’s why Keanu was perfect the role?

JC: Yes. That. And also, when we cast these roles, we don’t want to see faces. We have a casting department. They bring in a bunch of recordings. We say turn the headshots over. We don’t want to see this person, we just want to hear the voice. We don’t even know who we’re listening to. So we listen to a bunch. “Who is that?” But right away, I think we grabbed onto Keanu. They had a sound clip from one of his movies, and it was just right for the character.

Q: How did you get Gabby going?

JC: We realized we had never done a traditional doll before – just a regular doll – and we all have daughters. We look at our own kids and their toys and our toys for truths. I just loved the idea of a Talking Tina/Chatty Cathy style doll that has minions like the Godfather.

Q: What do you do to help make new actors and new characters feel like they belong in this franchise?

JC: People love Toy Story already, so to try and introduce new characters is a challenge. With these toys, the new toys in this film, we looked at the toys that we grew up with. If you look at the original Toy Story, some of those are kind of the more classic toys, like Slinky and Mr. Potatohead. This time, we went more to the 70s and 80s in terms of toys. Then we just tried to figure out characters that weren’t just there on the screen just to be characters. It actually helped the story move along and supported Woody as much as possible.

JC: When we start off in the story room just thinking of ideas, we’re not thinking, “Toy Story 3 made all this money. We’ve got to do that same thing.” We’re just trying to tell a good story. That’s all. If we start to think about all the stuff that happens afterwards, I think I would just collapse on myself.

Q: Pixar is an animation studio, it’s but also a technology company in large part. Can you talk a little bit about what was new, what was developed for this filming and the porcelain look on Bo Peep?

JC: We researched a ton of how porcelain reacts to light, how it breaks. We broke a lot of stuff and filmed it. The technical challenge in this one was the antique store, because there’s 10,000 items in an antique store. It all had to be built and shaded and set dressed and everything. And we didn’t even know if our computers could actually render that. There’s so much stuff. So early on, we did some tests. And it turned out pretty well. Then we needed to just make more stuff to go into that antique store. A lot of it was made for this film, and there are a lot of Easter Eggs in this movie because we just got lazy. I swear, if you pause any frame when they’re in the story, you’ll see something in the background!