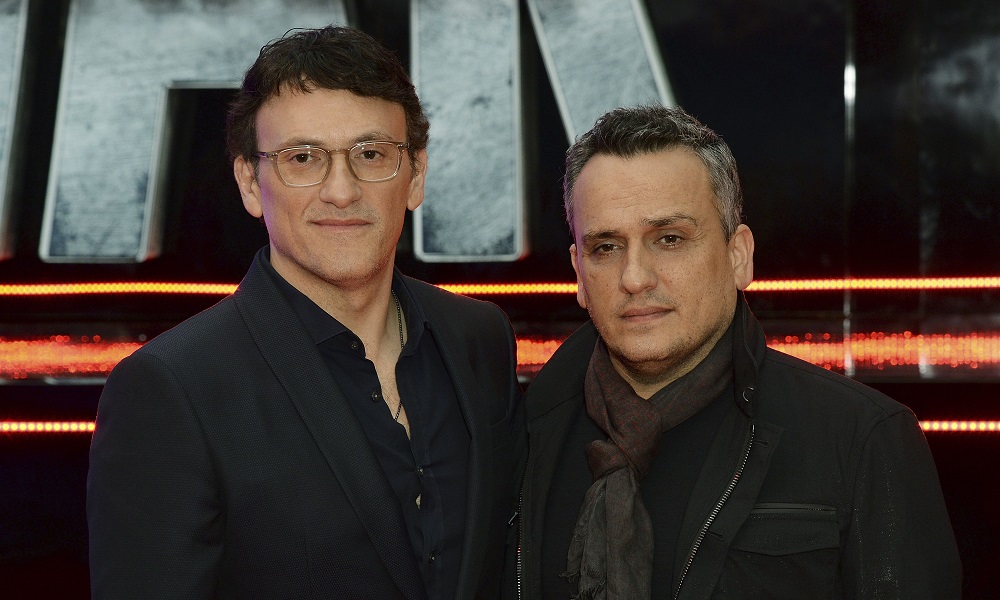 Joe and Anthony Russo have become anchor points for the Marvel Cinematic Universe, having directed Captain America: The Winter Soldier, Captain America: Civil War, Avengers: Infinity War and now Avengers: Endgame which opens on Friday. the immense success they’ve enjoyed with these films was notable because their work before that lay largely in directing television comedies such as Community and Arrested Development. They discussed those origins, and how they helped them achieve what they have in the MCU, during a recent press conference for the film.

Question: How did the ending of Infinity War affect the tone of Endgame? How do you approach the second half of a conjoining story, especially after the impact of that ending last summer?

Anthony Russo: One of our favorite storytelling adages is “write yourself into a corner.” By that, we mean put yourself in a narrative place where you have no idea how you could possibly move forward from here. That’s a very exciting place to be because it forces you to come up with some really creative ways forward. We’ve tried to do that with the endings of every single Marvel movie we’ve done, which of course includes Infinity War. We are very committed to the ending of that movie. Stories lose their meaning and relevancy and resonance unless there are real stakes. And for us, moving into Endgame means looking at these characters deal with loss? Resounding loss, true loss, devastating loss. That’s what they experienced in Infinity War. That was a unique experience for all of them. So how does a person move forward from that moment? How does a hero move forward from that moment? And our road into this story is how these characters deal with that experience individually, and then how they collectively deal with it.

Joe Russo: This is a unique experiment in movies, this grand mosaic. Depending on how you count it up, 11 franchises have been interwoven into one big narrative. We’re still pinching ourselves that we can be a part of something like this. And a lot of people have invested a lot of heart and soul into the characters. When we take these movies around the world, it’s really heartwarming to see people come up to you and tell you what it’s meant to them. They say, “I started watching this with my classmates when I was ten years old. Now we’re all 21 and we’re all going to go see this together.” Or, “My parents have taken me to every movie” or “my grandfather has taken me to every film.” There’s a real sense of community, of sharing in these stories and believing in them. It’s our job to meet those expectations. And I think with Endgame, we get the opportunity to finish off one of the grandest experiments in movie history in the way that such an experiment deserves. We’re hoping that people feel satisfied with the conclusion.

Q: Spoilers are a big concern with movies like this, and both you and Disney have gone to great lengths to keep the film from being ruined by spoilers. That means restricting footage and limiting things like early trailers and test screenings. Does that have a bearing on the final phases of a project like this? Does it affect the way you cut it together, and do you feel a lack of feedback on something like this where you have to limit who you show footage to?

AR: At the end of the day, my brother and I came to this material because we’re fans. We grew up loving the comics. We came to the MCU as fans of the MCU. The energy we move on is our own passion and our own excitement, and that’s how we tell stories. We learned long ago that you have to tell stories for yourself. You can’t be thinking about how others might receive them. And that’s not to suggest a lack of ownership over figures like these or, as we said, a responsibility to the fans who love this series so much. Because Joe and I have such an intimate relationship with the material, and because we have so many amazing collaborators starting with [producer] Kevin [Feige], we are able to fashion the story around what we want to see as fans. How do we surprise ourselves? How do we excite ourselves? How do we challenge ourselves? How do we force ourselves to keep digging deeper, and keep exploring this narrative and these characters in ways we never imagined? That’s sort of how we guide ourselves through the process. And until we put the film out into the world, we really have no idea how it is going to be received. Once the movie is release and experienced and digested and responded to, that’s the moment where we are then filled up with a reaction. But as we’re executing, as we’re putting the film together, we’re not really second-guessing what we’re doing. We’re really focused on chasing the initial vision that we had for it.

Q: What similarities are there in the filmmaking process for a big movie like this versus something smaller?

JR: When anybody asks us about getting started, it’s just picking up a camera and shooting. And EVERYBODY has a camera now You have iPhones now. Steven Soderbergh just shot an entire movie on an iPhone. And you have free distribution on YouTube. We discovered Donald Glover for Community on YouTube. It’s much easier now I think for people’s voices to be heard and seen than it was when we started, and you had to go out and get a camera and buy really expensive film and figure out how to get it developed. And the same principles are there. Find a story that you want to tell. Be really passionate about it. Care about it. And then go out and tell that story. I think that’s really the secret to being a successful filmmaker.