May 25, 2016 Alice through the Looking Glass, Interview, James Bobin, Muppets Most Wanted 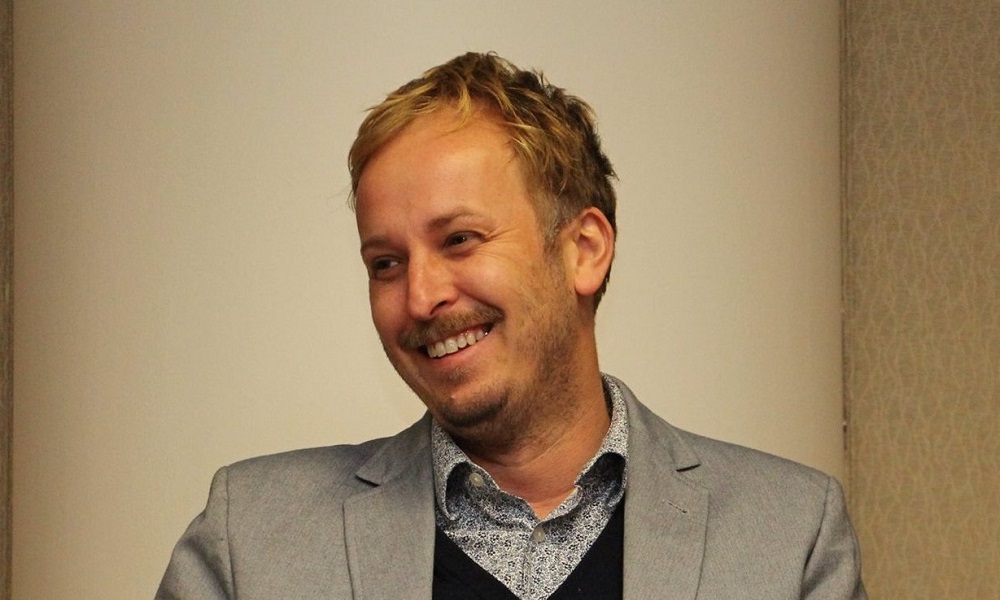 James Bobin got started on television, directing episodes of Da Ali G Show and Flight of the Conchords. That landed him a job with Disney helping to revitalize the Muppets, first with their self-titled 2011 film, and then with the 2014 follow-up Muppets Most Wanted. He was then pegged to take over for Tim Burton on the sequel to his massive 2010 adaptation of Alice in Wonderland: Alice Through the Looking Glass. During a recent press day for the film, he discussed the project and the legacy of Lewis Carroll who started it all off.

Question: What were the challenges of taking over a series like this from a figure as distinctive and well-known as Tim Burton?

James Bobin: I grew up with Alice, like a lot of people, and it becomes a part of your life. We had Lewis Carroll in our household. I felt that, particularly with this film, Alice is what Carroll’s Alice would be after she’s grown up. I also wanted there to be a little more of the comedy that Carroll brought. A little more of the absurdity. Carroll is the author of absurdist humor. He’s the fount that led to Monty Python and all manner of similar comedy. My background is comedy, so I felt like I had a strong sense of that, and could make that part of Carroll’s work really sing.

Q: How do you do that within the context of this particular incarnation? When does honoring Carroll become just more of the same, and how do you do something different while still keeping sight of the masterpiece at the heart of it all?

JB: This isn’t a straight adaptation of Carroll and you have to work within those parameters. But I wanted to pay tribute to him with a story that he would appreciate. The concept of time travel as a literary conceit came after him. I think The Time Machine came out 30 years or so after the Alice books. But Carroll was a mathematician, and I think the idea of time travel – physics and cause and effect and the like – would appeal to him. Of course, Time is a person here, and that stems from Carroll. When the Hatter meets Alice for the first time in the book, he says, “I’ve been stuck here since last March, when Time and I quarreled.” It’s lines like that that you gravitate towards, and it’s making elements of Carroll work within the universe that Tim has created. Then you have to bring your own ideas into the mix and make sure they fit. It’s a question of tone, and tone is a result of the millions of decisions you make over the entire production of the movie.

Q: You’ve got a lot of CG in this movie, an entirely CG environment really. What kind of physical challenges does that present as far as things like stuntwork goes?

JB: You stick with characters, and let them inform you. Alice isn’t a superhero, despite her traveling through a fantastic environment. She’s human and she struggles. She can climb a rigging, but it’s not easy. She can leap from ledge to ledge, but it’s not easy. So you approach that physical aspect of it with the character in mind. You focus on her determination, her bravery in the face of fear, and you let that inform the scene.

Q: Can Alice – Carroll’s Alice or any of the incarnations that have sprung from it – make a difference in a time like now, when women are pushing for stronger roles in films and better representation?

JB: Absolutely. I have a daughter, about nine, and I want her to see characters who are brave and strong and even fearful, but who reflect her experience: who she is and what she can become. Alice was a real girl, the daughter of a friend of Carroll’s. He wrote the books for her, and about her. I think he saw in her what an eight-year-old girl could be, before Victorian society got ahold of her and pushed her into this confining box. I think that’s one of the reasons why the books have lasted for so long: they show us a girl at that age, when life is full of possibilities, and they let her say, “Why can’t I do these things? Why should I be limited?” If a movie like this is going to make any positive changes at all, it has to honor that… and more importantly, it has to change the way we think about women and the limitations society forces on them.