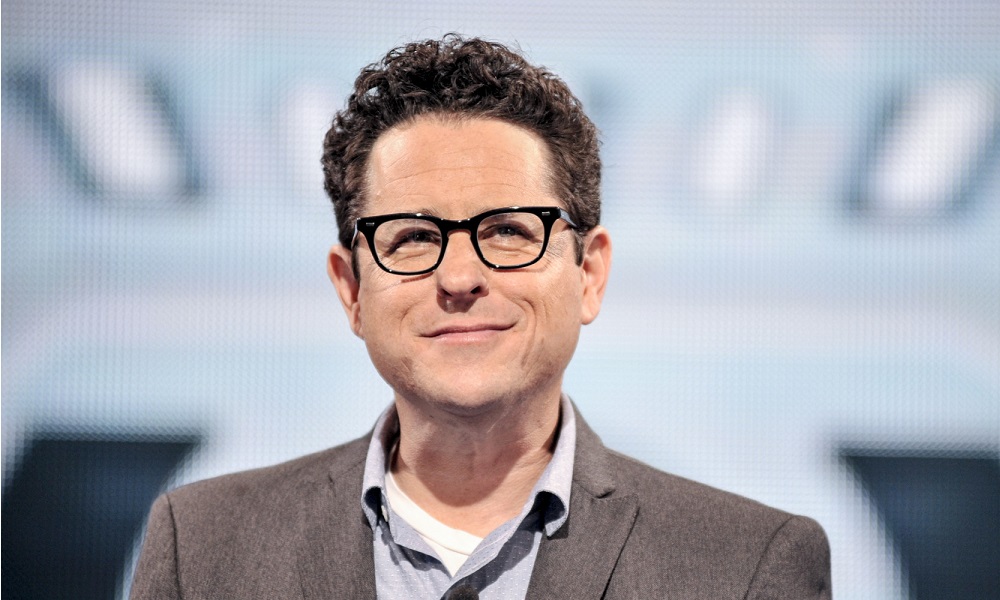 Fun fact: J.J. Abrams got his start in Hollywood on a Harrison Ford movie, writing and co-producing the 1991 tear-jerker Regarding Henry. Success as a screenwriter (Armageddon was his too) led him to television, where he created the likes of Alias, Lost and Fringe before moving back to movies as a director. He’s stuck close to franchises, though not in the way people expected: helming Mission Impossible III before launching the ambitious reboot of Star Trek… and then shifting focus to that other beloved sci-fi franchise. Star Wars: The Force Awakens hits theaters tonight, and for all of its director’s successes, nothing may top this one for sheer size and scope. He spoke about the experience at a recent press conference for the film.

Question: What was the most important thing to bring to The Force Awakens from the original trilogy, to you?

J.J. Abrams: When Kathy Kennedy and Larry Kasdan and I started talking about what this was at the very beginning, the fundamental question was “what did we want to feel, and what did we want people to feel, when they came to this movie?” And that was really the beginning of the discussion. The answer was the sense of discovery, exhilaration, surprise. The comedy that George Lucas put into Star Wars was, for me, the thing that made me love the movie, and that had to be there too. But for us, at the very beginning, it was really about knowing why we were telling this story: to give people that sense of possibility and magic that we all felt when we first saw the original Star Wars. Seriously, when you look at all the things that Lucas got right in that movie, it’s impossible and stunning. Our challenge was to take that energy and tell a new story with it. This isn’t a nostalgia trip. We had to go backwards in order to go forwards. And if you look at 4, 5 and 6, those are stories that continue. This is 7, so the history of 7 will be what we’ve seen before. So the fabric needed to be that that we are familiar with, in order to tell a brand new story.

Q: How did you guys come up with the names? Names have always been a big part of this universe.

JJA: We talked a lot about names. A lot of names came and went, and some names stuck. And I remember when we put down BB-8, it was the first and only name that droid ever had. We called him BB-8 and we still do. Rey and Finn and Poe went through many iterations. Kylo Ren was Kylo Ren fairly early on, and there was a sort of backstory. And Maz Kanata I think was always Maz Kanata. And we changed Leia’s name. Okay, we didn’t really do that.

Q: What was the feeling on set when you guys started filming?

JJA: This is a project that I felt incredibly lucky to be asked to be a part of, and I think I speak for all of us, that the process of this movie – to a person on the crew, to a person on the cast – this was not a job. No one took this on because it was a gig that was available. It felt like a true passion and every single person brought much more to it than any of could have expected. I honestly feel honored to be part of this group.

Q: You’re usually very secretive around your films. Was it heart-wrenching for you to let go of some of the footage in the film?

JJA: No, no, no. The contrary, actually. While we were working on the movie, I realized how engaged and forthcoming LucasFilm had always been to the fans. My nature, which is to keep things quiet, was something that I was certain was going to cause some fights. I wanted to keep the audience surprised when they went to see the movie. But Disney, to my shock, was arguing to not ruin, reveal or show every story beat. We’ve all seen trailers for films that literally show you the movie in Cliff’s Notes form. Then you go to see the film you’re like, “I already saw it in a two-minute piece.” So I was very grateful that Disney actually took the lead on trying to keep things quieter, and obviously I ask all of you, that when you do see the movie, and hopefully talk about it, that we maintain some level of surprise for people and don’t have it ruined for them.

Q: What was the scariest moment during production?

JJA: The scariest day for me was when Harrison Ford was injured, which was just absolutely hideous. But every day felt like there were challenges because I knew how important this was to so many people. That was never a presence that went away. Every decision had this unimaginable importance, and yet we had a date to make, we had a story to tell, and it was always about trying to do the best work possible.

Q: Which was the most difficult costume to put together?

JJA: Michael Kaplan, the costume designer, was amazing. I cannot wait for you to see what he’s done in this movie. There are so many cool outfits in this movie. The most difficult one was Kylo Ren, and we went through I don’t know how many hundreds and probably thousands of iterations and different versions. One of the great things about that, though, was that over the course of that process, the costume for Captain Phasma was designed. That was actually pitched as a Kylo Ren costume originally, and for story reasons it didn’t make sense and didn’t work, but we suddenly realized, “oh my god, this is one of the greatest-looking costumes I’ve ever seen.” And he – then she – became one of my favorite characters in the movie. But the design of Kylo Ren was the most difficult one, and when we finally saw the mask in the beginning of that design, it was really instantly clear that was the winner. I’m very grateful to Michael and his whole amazing team for the work he did for this.