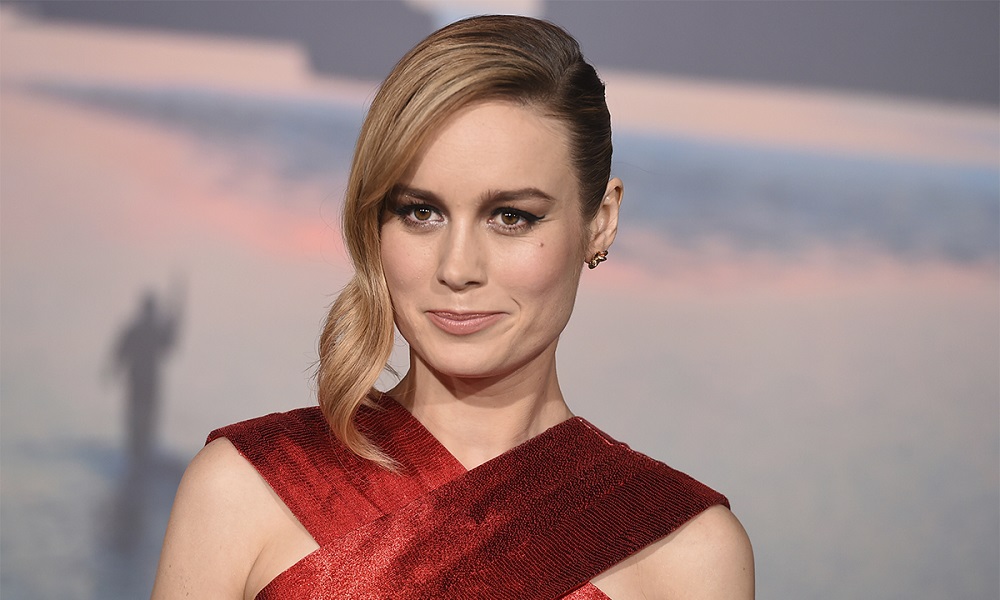 Brie Larson has worked steadily in Hollywood for over 20 years, starting at the tender age of nine. She worked steadily in a number of high-profile projects (including a comic-book movie, as Evil Ex Envy Adams in Scott Pilgrim vs. The World). But it wasn’t until her Academy-Award-winning turn in 2015’s Room that she rocketed to a household world. She’d already proven adept at bringing personality and fun to big event pictures – she was one of the many things that made Kong: Skull Island such a blast – and she brings that versatility to the latest entry in the MCU, Captain Marvel. She spoke to the press about the role during the recent junket for the film.

Question: What drew you to the MCU, and to Carol Danvers in particular?

Brie Larson:  There’s a lot to love about her. I was a little worried about playing a superhero who would be perfect, because I don’t feel like that’s realistic, or aspirational at all. It’s the moments where she falls and gets back up where you see her defining moments. She knows it’s not always going to work out the way she wants it to, and yet she takes such huge risks for the things and the people she cares about. I mean, that’s everything. That’s for everybody. There isn’t a person out there who can’t relate to that, I don’t think.

Q: At what point in your preparation did you find Carol?  Was it a quote? Something you accomplished in your training?

BL: That’s an interesting one. I usually prep for a really long time to try to see how I react and try to become the character. But usually it’s super delayed for me. My mom usually points it out. “I think you’re turning into somebody else.” I’m like, “no I’m not.” Then two weeks later I’m like, “oh, shoot, I’m Carol now.” It’s always a little delayed for me and I don’t always have that one moment. Some actors do, and they go on to do their great work with it. But for me, I never want to feel like I have it or that I know her. It always feels a little elusive to me. If you feel like you’ve arrived then it’s kind of game over. I always like to feel like I’m losing it a little bit.

Q: There’s a relationship between you and Lashana Lynch’s character that we’ve previously only seen from male characters.

BL:  Absolutely! What they’ve gone through together, going through military training together as the only women, and then leaning on each other – recognizing the merit of their mutual experience – it’s really special. I mean, of course they would have been friends outside of that experience. But this is something else, because of the intensity and the importance of their experience. This is the love lost.  This is the love found again.  This is the reason to continue fighting and to go to the ends of the earth for the person, the thing that you love. And here, it’s her best friend and her best friend’s daughter, which to me is so natural.

Q: We’re living in a time when simply saying, “girls can be superheroes too” carries charged political overtones. How do you step into that maelstrom with a film this big?

BL: Big movies, international movies like this, are for everyone. If you want to just enjoy it, you totally can.  But there a lot of aspects to it that I think are worth talking with your friends about, talking with your family about. I think movies like this play a very important role in that conversation. When you have a multi-cultural, global phenomenon like the MCU, you can have a conversation like that. It allows all of us through the veil of metaphor of a film to be able to reveal some deeper truths and maybe empathize in a new way… without forcing anyone to give up just a wild, fun ride at the movies.