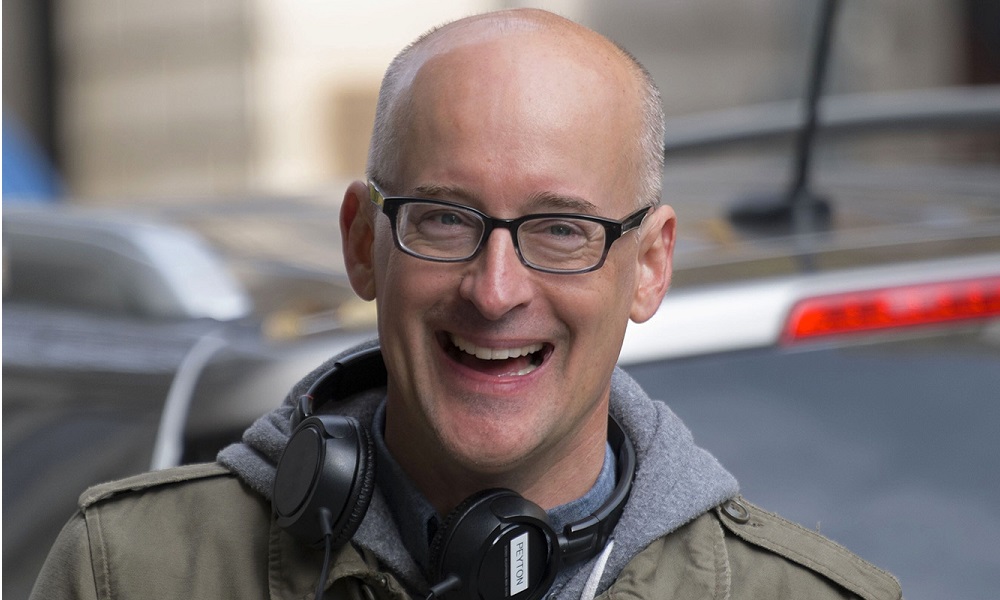 Peyton Reed had the unenviable task of stepping into Edgar Wright’s shoes to direct Marvel’s big-budget version of Ant-Man. Before that, his work consisted of studio comedies such as Yes Man and Bring It On, as well as a number of television projects. Despite the controversy surrounding his hiring, he’s delivered Ant-Man with a flourish, and early word on the film has been quite positive. He spoke to the press during the recent junket for the film about the challenges of bringing Marvel’s tiniest superhero to life.

Question: This is a project where you’re going to do some wild things with the camera: playing with scale, shifting perspectives, and taking a more overtly satirical approach while still capturing the seriousness of the scenario. How daunting was that?

Peyton Reed: Kevin Feige talked about those things, and it actually helped. There’s a high bar with these Marvel movies, and one of the things that I really discovered working with Marvel which I loved was they have a creative hunger. They really don’t want to repeat themselves and they encourage these movies to be really idiosyncratic. One of the things I love about Ant-Man is that it was allowed to be weird, and that was fantastic. Meeting that bar was the biggest concern, but they let us get weird, which kind of energized everybody.

Q: Let’s face it, ants are adorable as they are portrayed here. How much research did you do on the ants, and how difficult was it to find the visual way to portray them and their various duties and jobs?

PR: There’s a definitive ant textbook that’s written by this guy, Edward Wilson, who’s considered the ant man, the actual real ant man. It talks about all the specific types of ants there are in the world and there are thousands of them, but also that there are specific skill sets. The movie introduced at least four of these specific types of ants. It was fun because it’s a heist movie at its core, and instead of human characters performing each role on the team, there’s these different types of ants. Here are the ants that are doing this, here are the ants that are doing that. People talk about the shrinking when they talk about Ant-Man, but it’s the other power, being able to control ants, that’s the weirder power. I think that’s the one that’s going to really surprise people in the movie.

Q: The father-daughter relationship is a very important element in the movie. How did you arrive at that storyline?

PR: That was one of the things that I loved from the beginning, something very different than the other Marvel movies. There’s these dual stories about these two fathers and their daughters, and in various different ways, they are not a part of their daughters’ lives. The fathers need to repair those relationships, and in the case of Hank Pym and Hope Van Dyne, they’re not going to succeed in this heist unless they do that. That has to happen before they succeed, and I liked the intimacy of that thematic in the movie.

Q: The movie features some action sequences that are different than most films, especially the other Marvel films, because you’re dealing with an ant-sized environment. Can you talk about the challenge of dealing with the smaller environment?

PR: There’s a long cinematic history of shrinking: The Incredible Shrinking Man, The Incredible Shrinking Woman, Honey, I Shrunk the Kids, Innerspace. I studied them all and started to form my own ideas of how we wanted to do this. The drum I kept banging was it’s got to look photorealistic. We can’t have a movie where you’re in the normal world and it’s realistic, and when you shrink down it feels like an animated movie. It had to look photorealistic. Jake Morrison, who is our visual effects supervisor, and I spent a lot of time together. We talked about how we were going to achieve it and how we were going to shoot it. What lenses we used. What the world looks like and sounds like down there. When you see dust particles floating around, how does the light play? That applied to the ants, too. That was really one of the challenges: creating ants that looked photoreal, but also giving them some real character and particularly in the case of Antony, who’s the winged ant that Paul Rudd rides on. We wanted to create sort of a Roy Rogers/Trigger or a Lone Ranger/Silver relationship between Ant-Man and Antony. In the comics that’s one of the iconic images – Ant-Man flying around on an ant – and I wanted to embrace that. I’m really happy with the results, and I hope the audience agrees.