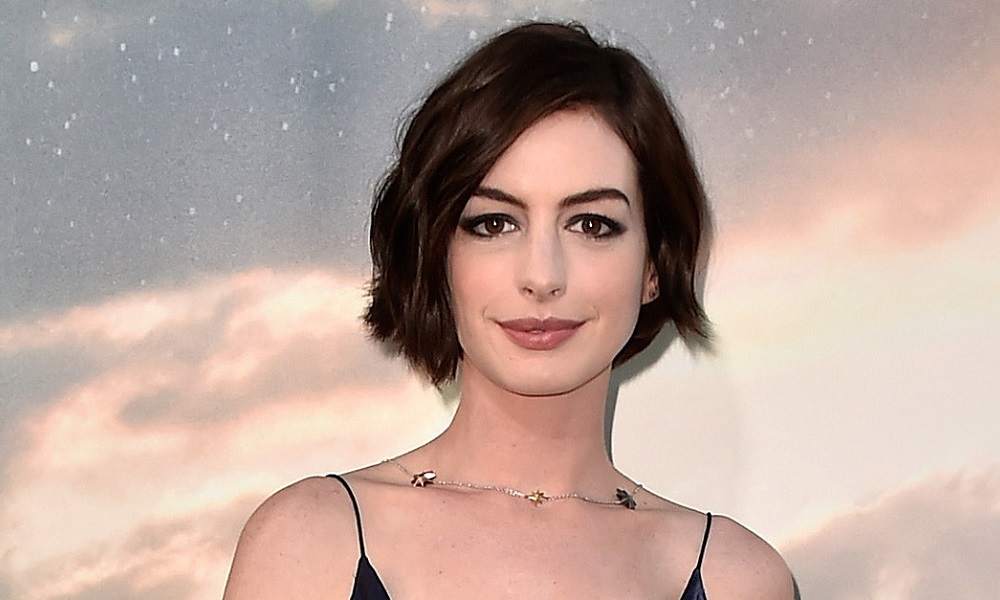 Anne Hathaway has a long history with the Walt Disney Company, starting with The Princess Diaries which established her as a star. She never looked back, either with mainstream movies like Get Smart and The Dark Knight Rises, or with more intimate material like Brokeback Mountain and Becoming Jane. She scored an Oscar nomination for Rachel Getting Married, and a well-deserved win for her turn in Les Miserables. She originally appeared as the White Queen in Tim Burton’s adaptation of Alice in Wonderland, and now she returns to the role for the sequel, Alice Through the Looking Glass. She spoke to the press about the role, her approach to it, and the changing perceptions of women in film at a recent junket.

Question: What was your first experience with the Alice stories, either the books or a movie?

Anne Hathaway: I first read Alice a little later. I was reading Lolita, and it was an annotated version. I read that Nabokov was heavily influenced by Alice in Wonderland, and decided that if I really wanted to understand Lolita, I needed to read Alice first. I think being 19 and in college at the time – and being fairly dramatic – I felt very connected to it. Its understanding of madness. Its sense of being quirky or “off,” for lack of a better word. And as you feel when you encounter people who champion that way of living, I felt a connection where I had previously felt alone.

Q: How did you and Helena Bonham-Carter adjust the relationship between your two characters, your sisters, in this film?

AH: It was fun to learn that my character isn’t perfect. Like everyone, these characters have a past. My character has pain, she has guilt, like everyone. You can be forgiven for these things, but that makes characters like these – fantastical characters in these amazing landscapes with these outlandish costumes – relatable in a human way. You need to be able to do that to have a movie that’s worth watching.

With Helena, you have a great dynamic to work with because you have someone to play off of. Helena’s character is very big, personality-wise. She is demanding, she needs a lot of attention. And as her sister, you would compensate by taking up less space. So I thought, “here’s somebody who turns herself into air almost. Who’s weightless.” That gives her that ephemeral quality, that floaty- spacey side of her.

Q: How does the wardrobe affect the character? How do you make the character work with outfits so over-the-top and distinctive?

AH: Well, someone like Colleen Atwood makes that process a lot easier. I think that her costumes made my character. I remember that with the first film. You’re working to find the character, to find who she is, and then you put on the costume, and suddenly she’s there. All of those notions floating in your head from the script and the talks with the director. Suddenly they crystalize, and there’s the character.

Q: Has becoming a mother changed your approach to family oriented films like this, or The Princess Diaries?

AH: [Laughs] you’re giving me a lot of credit for forward thinking with The Princess Diaries. I wasn’t thinking about being a mom, or whether I could enjoy that with my kids. It doesn’t enter your thoughts when you’re seventeen. At the time, I got a lot of questions about being a role model. I never thought of actors as role models, and that’s taken some getting used to. It’s not necessarily what you’re interested in as an actor. You want to find good roles, and to help create good characters. If movies happen to include that – something where you can have a date night with your spouse, or take the kids to enjoy together, or just pile onto the couch at home and cuddle and watch something as a family – that’s fantastic. I’m proud that my body of work includes stories like that. But I can’t say I’m going to look for films like that because I have a child now. I respond to work as an actress first.

Q: There’s a lot of talk these days about the depiction of women in film, and the need for stronger female characters. Do you think this film contributes to that?

AH: I certainly hope so. I saw the complete movie about three weeks ago, and there’s a scene when Alice wakes up in a mental institution. She was committed for being “excitable and imaginative” – typical female hysteria, the film says. They want to inject her with something that will make her more normal, less “excitable.” And she fights back. I started to tear up during that scene. I was bursting with pride to be a part of a movie that works at taking the narrative back… that has the courage to revise that kind of narrative.

There’s a narrative now in Hollywood that says that women lose power as they get old. I invite you all, you journalists who comment on this, to change that narrative. To help us change it. I don’t feel less powerful as I get older. I feel just the opposite. I’m not going to look back and pine for the days when I was younger. There’s so much more to do, so much more we can be. I can’t stop the narrative alone, but I know I’m not alone in feeling the way I do. I know we can alter those perceptions and change things in a positive way.