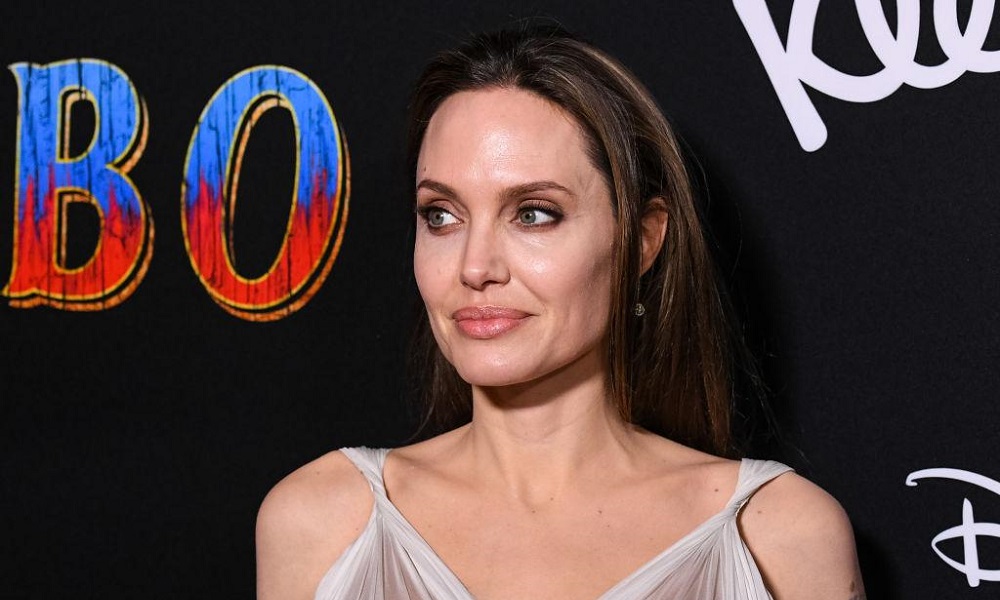 Angelina Jolie was well on her way to stardom a full two decades ago when she won the Academy Award for Girl, Interrupted. Since then, she’s been a staple of the Hollywood elite in movies like the Lara Croft: Tomb Raider cycle, Wanted, Kung Fu Panda, and as the title character in Disney’s reboot Maleficent. The film became a monstrous hit and Jolie earned high praise for her take on the animated Sleeping Beauty villain. She returns to the part for the new sequel Maleficent: Mistress of Evil, which opens Friday. She spoke about the two films, and her experiences with the character, at a recent press conference.

Question: Talk about the changes in the character between the first film and this film.

Angelina Jolie: Aurora and Maleficent were first brought together in opposition. Maleficent had been harmed in her life, and she had lost herself, and lost the ability to feel love, real love. Aurora’s love helped heal her, and that was a good starting point for the second movie. Certainly, in my life, motherhood brought out something in me that transformed me, and I could apply that experience to Maleficent and Aurora. We’re different creatures, but there’s a real connection there, between Aurora and Maleficent. We understand each other at the end of the first film, despite our vast differences. I see her exactly as she is and I don’t want her to be any different than she is, and she feels the same about me.

In this film, we get pulled apart because people tell us we can’t love each other because we’re not the same. “Because you’re not exactly like her, you’ll never love her.” That certainly strikes a chord with me. Maleficent is questioning whether she’s good enough to be a mother, and whether she is a mother. We go on different journeys in this film, where we’re focused on those differences for the middle part… and then there’s a push back to each other: a belief that this is not how it should be. We have to come together, and in that effort, we unite and become a family. Be your true nature, whatever that may be, and you will find a home.

Q: The first film is actually your biggest success in terms of box office numbers, and here we are for the sequel, so clearly people responded to your performance. What do you think people respond to in this character?

AJ: When you’re an actor, you don’t always realize how people see you. That may be changing now with social media, but as an actor it can be strange. You put yourself forward and people say “well that’s very you”, and you kind of think “really?” They called me up for the first film and said, “you are the only one to play Maleficent; it’s so obvious!” I’m really wasn’t sure how I was supposed to take that… and yet I loved her, and so I embraced it.

Now I’m in a different place in my life, but it was so great to come back to her. To feel that strong and assertive, and to be a little bit too much. I adore being her, and I’m now very proud to be associated with her.

AJ: [Smiles.] When I was little, I saw the cartoon – excuse me, the animated film, forgive me Disney – and the look and the voice, and the marvelous women who created that character, I think they were all were channeling Bette Davis. That’s part of what drew me to the character, those shades of Bette Davis; there’s so much to learn from her. I love Michelle [Pfeiffer] as Catwoman too. Amazing.

Q: How treacherous were the costumes here? Anyone get poked in the eye?

AJ: I came close a couple of times. You adjust. And that’s part of the magic for films like this. The costumes and the visual effects and the make-up. It’s a big team, but you feel like you’re in good hands. Everyone is working so hard to bring this world to life. The blend of practical effects and CG takes some adjustment. Some of my costumes were half there. We had to fly sometimes with rigs and things, and the horns… are a factor.

AJ: I kept my staff actually.

Q: Where do you keep it?

AJ: It ended up in the children’s rooms. I’ll never see it again!