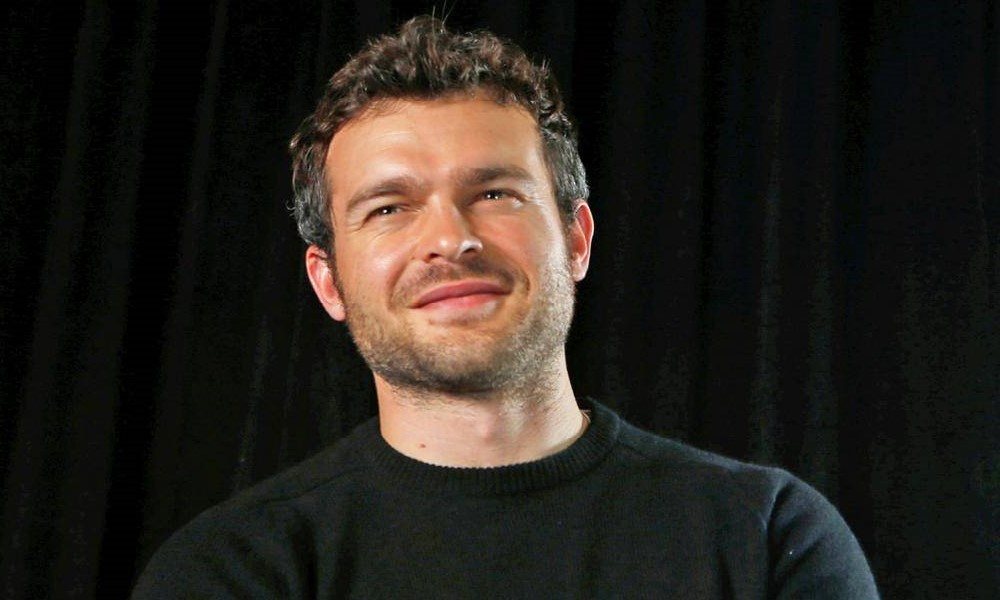 Alden Ehrenreich was discovered by Steven Spielberg, according to reliable Hollywood scuttlebutt. He’s appeared in such films as Beautiful Creatures, Stoker, Blue Jasmine, and most notably in the Coen Brothers’ Hail Casear! as a nice-guy western star without two brain cells to rub together. He takes on the role of a much bigger cowboy in the newest Star Wars film Solo, playing a younger version of the iconic smuggler originated by Harrison Ford. He spoke about the role and the challenges it brought at a recent press conference for the film.

Question: So here’s this character – this beloved pop-culture icon that’s been associated with a single actor for the last 40 years. And now, suddenly, he’s yours to take on. What’s that experience like?

Alden Ehrenreich:  Really wild. Exciting.  It’s bigger than you can wrap your head around.  And at the same time, it’s wonderful, particularly being in the Millennium Falcon. You sit in that cockpit, and you need a minute because you can’t believe you’re there. And then, slowly, over a couple of months of filming, you get used to it. You know where the buttons are. You know how the chair feels. And you say, “okay this is my ship now.” And that is a deeply gratifying experience.

Q: Did you interact with Harrison Ford at all before taking on the part?

AE:  Right before we started shooting, I wanted to talk to Harrison, just to pay respects and have him give us his blessing. He was really encouraging and really supportive, and told me to go get ‘em. Then we went off, shot the film, and you kind of forget about it a little bit. When you’re shooting, you’re not thinking a lot about anything else.  Then we got done and started promoting the film, and he popped up again. They caught me by surprise today when we were filming a promotional piece and he just snuck up behind me!

He’s been great. Very supportive and very enthusiastic about the film. That meant a lot to me, and I assume for Ron [Howard] and Kathy [Kennedy] too. Everyone associated with the film. He genuinely loved the film, and I wasn’t aware of how important that was to me until I heard it. He didn’t have to come out and show up at the piece today, but he did. I felt very honored.

Q: How do you honor what he did without being beholden to it? How did you make the character yours?

AE:  I started by watching the original movies very early on. The first trilogy. And I tried to absorb as much of the character as I could. The way he moved, the way he carried himself, his facial expressions…. Just how Han Solo operated in the world.  The Star Wars universe is so rich and detailed, and yet Harrison played a character who was totally at home in it. I tried to take in as much of that as I could very, very early. I had the role for a long time before we actually shot, so by the time we got there, I had absorbed all of that and just sort of set it aside. I stayed away and forgot about it. I needed to play this guy in a different part in his life, and to have those characteristics without being totally beholden to them.

It was most important to have him feel like a real person. People love Han. He’s an icon. But we have to believe in him as a human being, and we have to see where he is while still knowing exactly where he’s going to end up. I had the core down, and then just moved into the immediacy of it: setting aside Harrison’s performance and counting on what we were doing.

It helps to have all of this amazing design on set. CGI is such a big part of movies like this, and yet for Star Wars, you actually have the costumes and the aliens and everything right there on the set. And you have these craftsmen and designers who have worked on Star Wars their whole life, and who are at the very height of their abilities. They’re the best in the world.  And you walk into these incredible environments with 300 different creatures that are actually there, that are actually built and then, you know, you do your scene.  You can find the character in a space like that, and you can find the reality that makes him live and breathe.