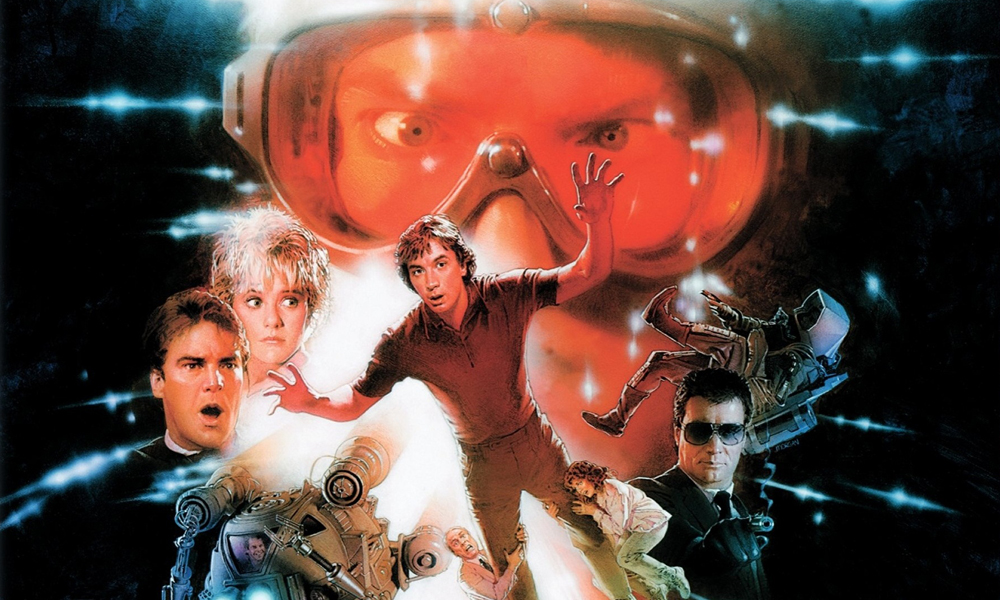 The chance to revisit Joe Dante’s Innerspace is one that I recommend you all take. More often than not, films such as this were reduced to the likes of pay TV back in the eighties and were constantly cut up. There is something in seeing the film, perhaps even for the first time as clear and clean as if you would have seen it in the theatre back in 1987. No interruptions or commercials, just the way the director wanted you to see it. Innerspace was always a cable favorite of mine with a fun story, a hot chick, awesome sci-fi, and an incredible score. Now, I get to watch it on Blu-ray for the first time.

A quick recap for those of you that have never seen Joe Dante’s comedic send-up to Richard Fleischer’s 1966 Fantastic Voyage. Lt. Tuck Pendleton (Dennis Quaid) is a test pilot on a special mission to explore the inner workings of a rabbit. Tuck, as he is called, will be miniaturized and placed inside a special craft that will explore the rabbit. During the experiment, a rival company owned by Victor Scrimshaw (Kevin McCarthy) attempts to steal this technology only to lose Tuck, his craft, and the re-in-larger chip during the heist. All three are injected into Jack Putter (Martin Short). Jack is on the verge of a nervous breakdown and is told by his doctor, “no excitement”. Now, Tuck has to work with Jack to save both their butts. They seek out Tuck’s estranged girlfriend, Lydia (Meg Ryan), but Scrimshaw will do anything to get his hands on this new technology. If I made it seem a little dire, it is not. To re-iterate, this is a comedy and a fun one at that. 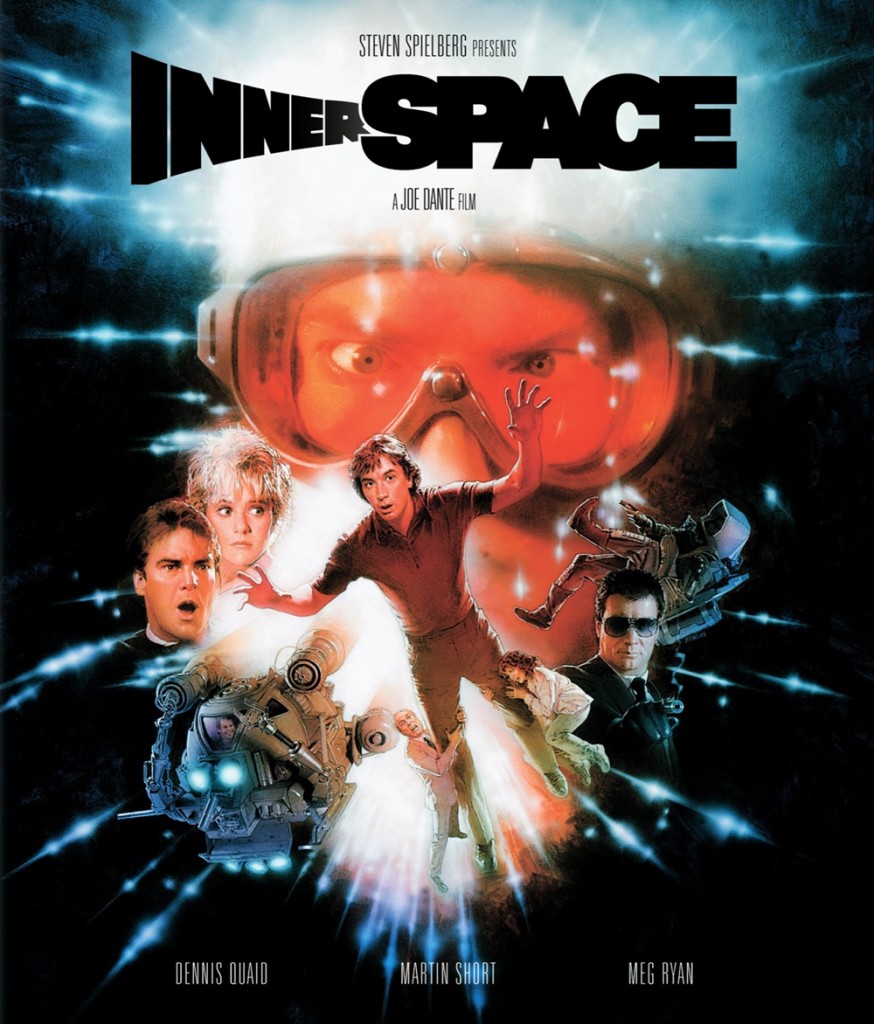 Joe Dante, by this point in his career, theatrically, is between Explorers and The ‘Burbs. He was really hitting his stride and with Steven Spielberg behind him, the hits just kept coming. It was by this point that Dante was really casting his favorite actors and comedians in roles. Innerspace, of course, has a feature role for Robert Picardo as the Cowboy, but Dick Miller, a perennial favorite, appears as well. Just another great aspect of going back and watching Innerspace again. Everyone is someone you recognize in this film. Just do me a favor and go back and look everyone up after the fact. Keep the two-screen experience to a minimum.

What amazed me with this Blu-ray release is how undated 1987 San Francisco and technology look in the film. Outside of seeing younger versions of Quaid, Ryan, and Short, the film looks as if it was shot this year. Industrial Light and Magic really did some incredible effects alchemy (they won the Oscar) as it still looks flawless. In fact, I didn’t want to hear Dennis Muren’s commentary track on how they did it, because it will literally ruin the magic. It’s funny how science fiction films’ computers that take place in the distance future always look rudimentary now compared to a MAC. Here, the computers and the labs still look cutting edge, despite the fact that no one has a cell phone or a laptop. The only sore thumb in the whole film may be the 50% reduction of a couple of characters. If anything, it might have been trying too hard. Nonetheless, in an era where Blu-ray can point out every string and make-up artist’s brush, Innerspace still looks amazing.

The story of Innerspace, outside of saving Tuck, is a simple one. It is actually a metaphor for all the nerdy guys who saw the film. It’s to be a man and get out into the world. Listen to the little man inside you because he’ll supply you all the courage needed to get you through the day. Martin Short really does go on that journey and finds that strength exactly when he needs it, which is all the more obvious when he says, “Jack Putter to the rescue”. It was great to go on his journey once again.

Pick up Innerspace at here at the WB Shop!

It was great to go on his journey once again.

It was great to go on his journey once again.