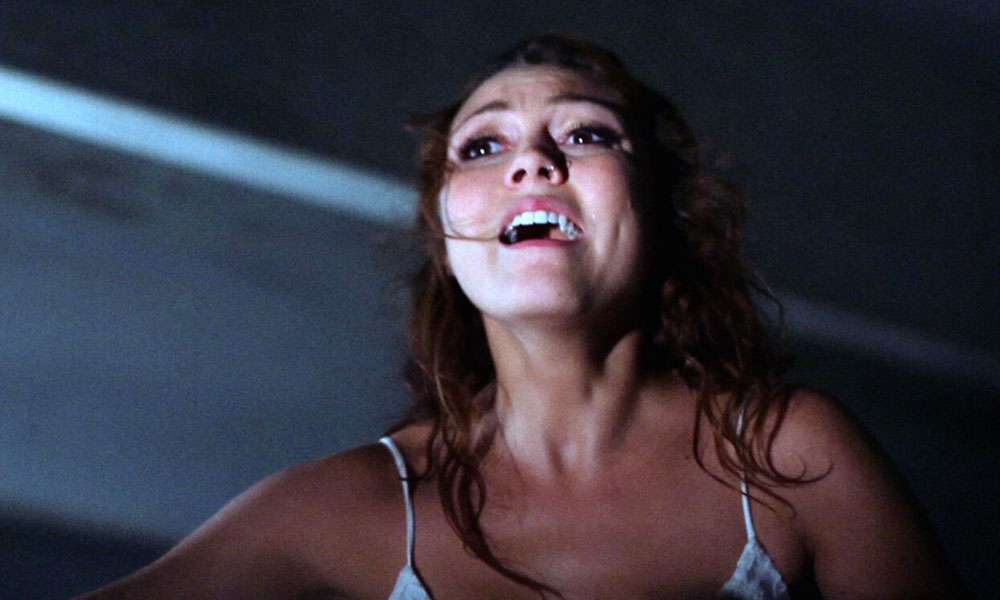 Speaking as an editor this movie was something of a living nightmare. Every scene is jittery shaky-cam, extreme closeups, weird editing flourishes like jump cuts and fades galore. If you like watching films that can’t stay still for more than a few seconds at a time even when nothing energetic is occurring on screen Inhumanity fits that bill at least. What you won’t find is consistency. Sometimes you’ll find legitimately moving performances, but other times You’ll find ACTING in all capitals. This is largely a cast deeply dedicated and having a lovely time emoting. The lead is quite effective and engrossing, but there’s some bit-characters who are oddly camp. This might be teething issues. Maybe they were also aware on some level of how desperately weird the premise of the film was and performed with what they saw as appropriate grandiosity. 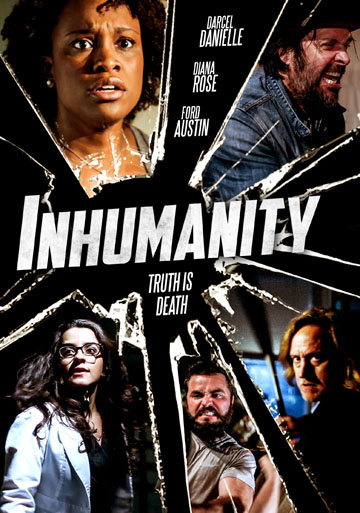 For every powerful and tearful sequence at a graveside or hospital bed there’s usually an almost parodic beat in which sunglass wearing heavies point plastic guns at each other and snarl with broad accents.

What is Inhumanity? A choppy, slick and gritty modern horror flick? A call-back to 70s/80s gangster exploitation? The psychological journey of a victim recovering from a horrific experience? A weird side story involving an evil company and unorthodox mental illness rehabilitation?

It’s all of this and more! And it’s about as scattered as all that would imply. Sometimes characters narrate their actions and thoughts, sometimes they don’t. This might be why the editing is so jittery: it’s patching together about four different completely unrelated movies. If this was an anthology production maybe these stories could spend the time to establish themselves in tone and purpose a little more. They do intersect and revolve around each other but you could be forgiven for believing that you were watching a different film if you fast forwarded Inhumanity to one of the sixty different subplots already in progress.

For all that at times it feels like an homage however it’s difficult to claim that Inhumanity is a direct copy of anything. It has elements of genre fiction but the actual story is so bonkers it’s very clearly it’s own entity. You want a comedy, a horror film, a thriller, a spy story, a crime story…it’s practically all here. The jarring transitions are only emphasized by the vast variety of musical styles which run the gamut from synth to country to stirring strings.
You might find something to enjoy here if you’re anyone because Inhumanity doesn’t care what you think or what you anticipate. It’s going where it’s going and that could take you to strange conversations, lucid memories, mysterious figures muttering vague things, awful villains acting completely normal, sane people acting crazy.
It all makes sense, but you will not be able to predict all the turns. How about a heartfelt meeting of friends transitioning to badly dubbed BDSM?

I don’t know what you are Inhumanity. I can’t even determine entirely if this is a good or bad film because it’s not certain what it was trying to do.

It did hold my interest through through the labyrinth of grotesqueries and it might do the same to those of you looking for something new and perhaps legitimately insane.

Be sure to check out Dan’s project: Anti-Hero The Motion Comic Series
Episode 1 (Watch for Free!) : https://www.youtube.com/watch?v=qmmouuBlWTk&t=49s