Independence Day (aka ID4-1996): My Love/Hate Relationship With A Guilty Pleasure 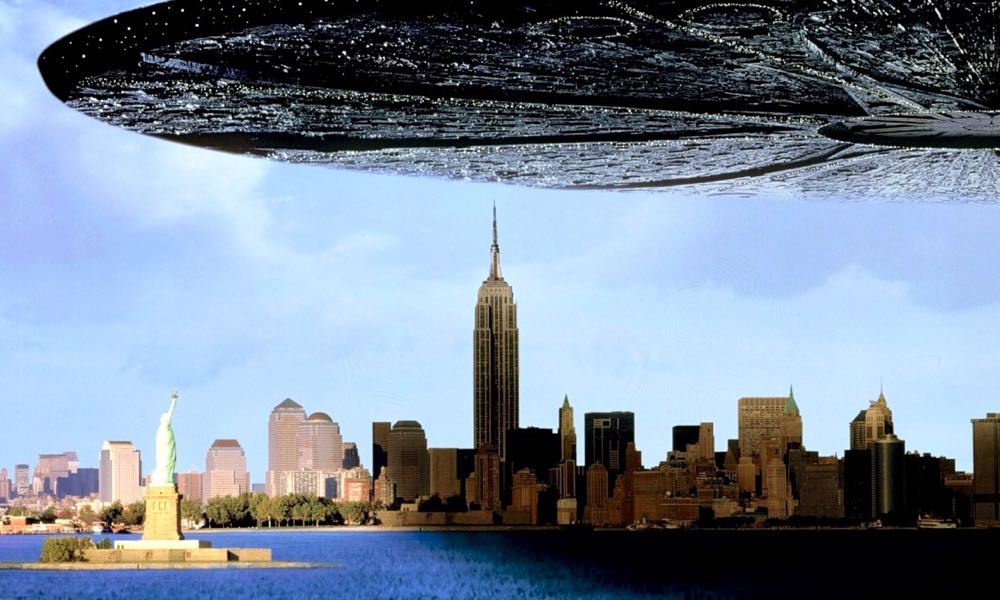 Yes Independence Day is a guilty pleasure. Given the nature of the film, having an ambiguous attitude towards it seems like a natural response. I mean it’s an enjoyable, entertaining and exciting action packed film. It’s also one of the corniest cliched and galloping CGI filled genre romps ever. In fact, it’s a celebration of corniness populated with cliched trope filled moments and characters that are mostly two-dimensional caricatures. As long as you accept a film like this as pure escapism everything is fine.

Independence Day not only relates the central theme of patriotism and the resilience of the human spirit in the face of insurmountable odds, it unapologetically tackles every issue available about the human condition including the touchy-feely ones like love, family, friendship, faith, honor and more. It’s almost as if the film is an exercise in proving that sometimes corniness and cliches work.

Independence Day is a 1996 American science fiction action film directed and co-written by Roland Emmerich. The film focuses on disparate groups of people who converge in the Nevada desert in the aftermath of a worldwide attack by an extraterrestrial alien race of unknown origin. Along with the rest of the world, they launch a last-ditch counterattack on July 4 – Independence Day in the United States. The film is a prime example of Emmerich’s over-the-top approach to depicting massive destruction on an epic scale.  The same method used in his 2009 film 2012  a film of a similar nature and another guilty pleasure. 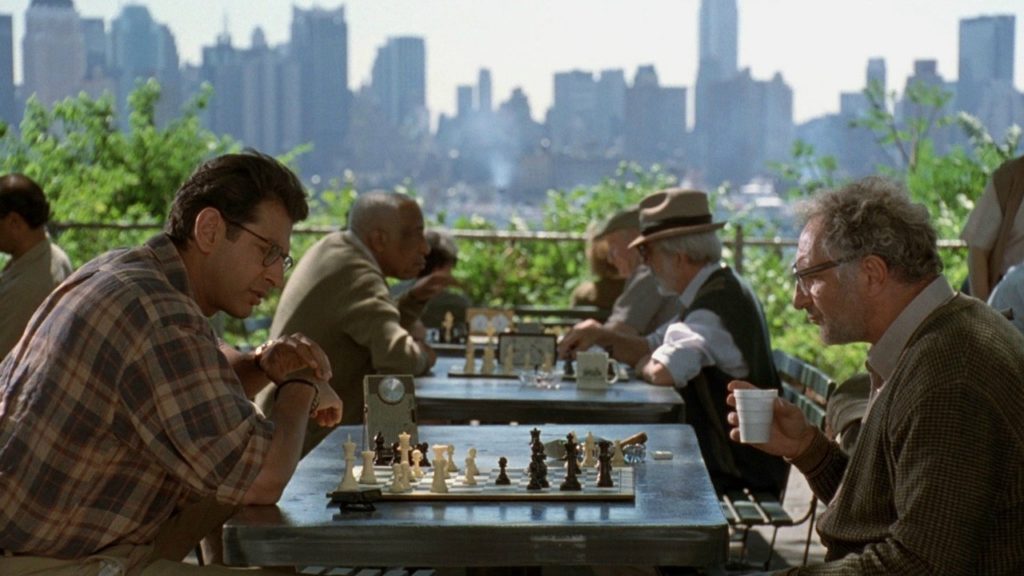 Like I said before, this film proves that sometimes corniness and cliches work. The characters that populate this production are all characters we have seen before somewhere in movies or on TV,  For example, one of my favorite characters in the film Julius Levinson (well played by Judd Hirsch) is the cranky but kind-hearted Jewish grandpa we all wish we had. We have seen his stereotype hundreds if not thousands of times before in stories for decades. He’s a stereotype but one we don’t mind. The same is true about most of the characters in the film. They are stand-ins for people that ideally would be there that we could rely on in a similar situation.

Likewise, the movie’s narrative depends on a lot of coincidence and favorable circumstances, like the alien computers being compatible with David Levinson’s (Jeff Goldblum) laptop, and the existence of the alien spacecraft from Area 51. The attack acts as a cure-all for everyone involved. Got marriage problems? A massive alien attack is good for that. In hot water for taking a swing at the POTUS? Same thing.

The film is not all easy to dismantle stuff though, there’s a lot to like about this film too. There are some excellent humorous moments. My favorite line from this production is early in the movie when a public announcement asks the locals in Los Angeles to stop shooting at the alien spacecraft: “Once again, the L.A.P.D. is asking Los Angelenos not to fire their guns at the visitor spacecraft. You may inadvertently trigger an interstellar war.” That’s hilarious because it rings so true to human nature.. and it’s just a nice touch. 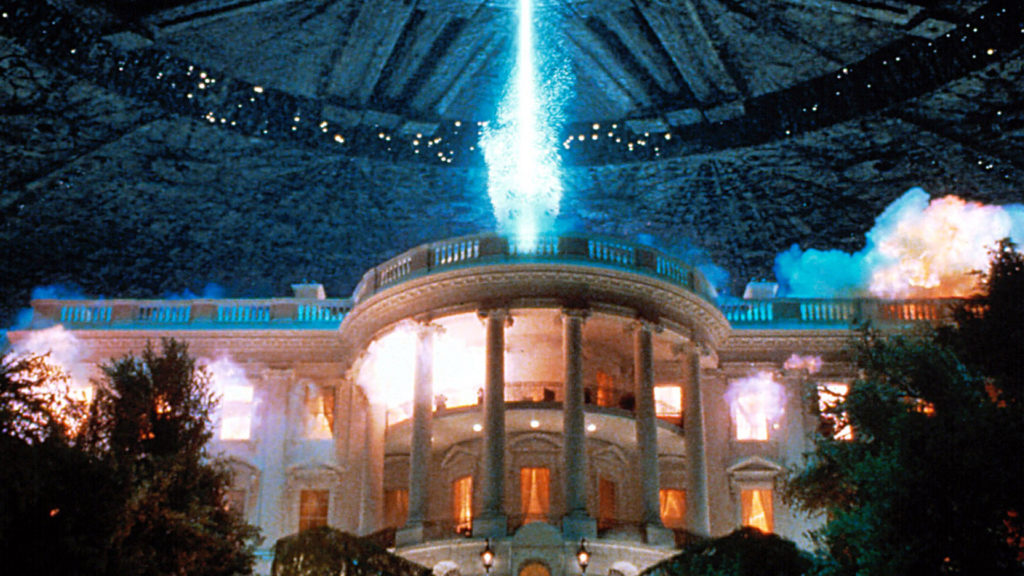 The aliens are also well done. When the humans are finally able to communicate with their alien adversaries, not only are they not interested in talking they are just plain mean and undeserving of any sympathy or compassion. Independence Day is partly enjoyable because of some noteworthy action scenes and aerial battles.

After all is said and done I have to admit I have rewatched this film more times than I am willing to confess. If you overlook its shortcomings like you would an old friend, it’s an enjoyable genre film with some wow-worthy moments that entertain in a fantastical and pleasant enough manner and, once in awhile; it remains a fun way to pass the time.