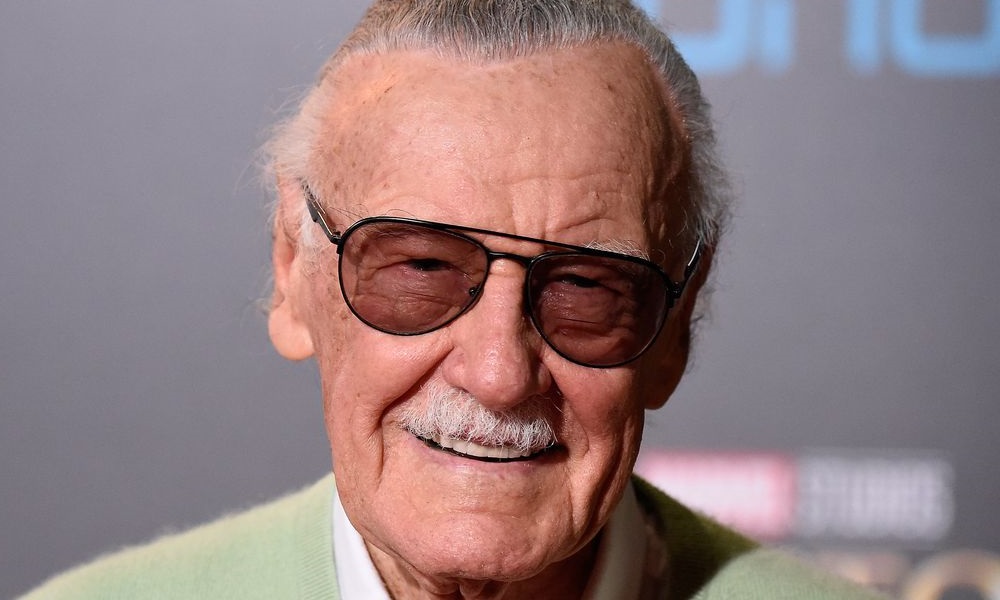 My fourth-grade classroom had a little library, where we could select a book to read silently for an hour every day after lunch. It contained titles you might expect: The Chronicles of Narnia, Choose-Your-Own-Adventure books, age-appropriate history texts and the like. But one day I discovered a pair of books there that surprised me: Origins of Marvel Comics and its sequel, Son of Origins of Marvel Comics.

Both were written by a man named Stan Lee.

I knew a tiny bit about Marvel before then. The Spider-Man cartoons form the 60s were in reruns, and the Webhead was a semi-regular on The Electric Company. Lou Ferrigno’s Hulk was a super-big deal too. But the drop-off was pretty steep after that. The cinematic juggernaut of the MCU was light-years away and the “real” superheroes mainly belonged to what Lee called the Distinguished Competition: well-intentioned authority figures calmly asserting the difference between right and wrong, and always able to handle whatever dangers reared their ugly heads.

The figures in those two books were cut from an entirely different cloth. Each chapter covered a new hero, starting with a lengthy essay by Lee discussing the hero’s origins, followed by a reprint of the hero’s first four-color appearance It featured Spidey and the Hulk, which was awesome, but it also delved into a plethora of figures who looked nothing like DC’s self-assured surrogate parents. A dying man who built himself a suit of armor to stay alive. A crippled doctor who discovered the hammer of a god. A boarding school filled with super-powered teenagers. A man on a silver surfboard who flew between the stars.

Each of them was wholly unique, and yet they were all outcasts. They were strange and different and misunderstood. People resented them, even hated them. They failed as often as they succeeded, and their problems didn’t end when the villains went to jail.

That was Lee’s doing, along with his numerous co-creators who helped fashion the Marvel ethos. The son of Jewish immigrants, he grew up with fascism on the rise, and understood what it meant to be different. He poured that feeling into his characters: adding complexity and depth to a medium regarded as strictly for the kiddies. With that, the comic book as an art form took a huge step forward.

His legacy wasn’t perfect, as he endured numerous accusations of slighting many of his partners. Certainly, he relished the spotlight far more than partners like the camera-shy Jack Kirby, and his outsized personality had a way of sucking the air out of the room. Mentioning his influence needs to come with a copious helping of praise for Kirby, Steve Ditko and the others whose contributions were no less vital.

But as the face of Marvel, his energy and enthusiasm were an ideal fit. Long before his famous cameos in Marvel’s movie line-up, he narrated The Incredible Hulk and Spider-Man and his Amazing Friends, a pair of 80s Saturday morning staples. His bouncy, jubilant voice made it easy to get excited about whatever goofiness came out of the screen, and his signature farewell — “Excelsior!” — made you all the more eager to tune in again next Saturday.

That energy translated to interactions with his fans, who were legion. In the days when comic book conventions focused on actual comics instead of studio tentpoles, he could be found shaking hands, posing for pictures and taking a little time to listen to every fan talk about their experiences with his work. He was tireless. Je loved Marvel, and he wanted to do everything he could to spread the love around.

That optimism always tempered the darker proclivities of his characters. Things never seemed quite so bleak in that universe thanks to him. That’s a big part of why his copious Marvel movie cameos worked so well. Lee’s infectious smile reminded us all to have a little fun, and his departure will perhaps be most publicly felt in future movies denied that sunny presence.

Thankfully, his work lives on, and we’ve seen the extent of his influence in the outpouring of love and support from the actors, directors, writers and illustrators carrying on his legacy. You can also see it in a new generation of fans, raised on the MCU and X-Men films and perhaps discovering some of the comics he helped create in the process. That’s how four-color funnybook heroes become iconic myths, something that might not have been possible without Lee as their champion. As a creator, his was just one of numerous talented names that brought these figures to life. As Marvel’s chief ambassador, he stood alone. RIP Stan.