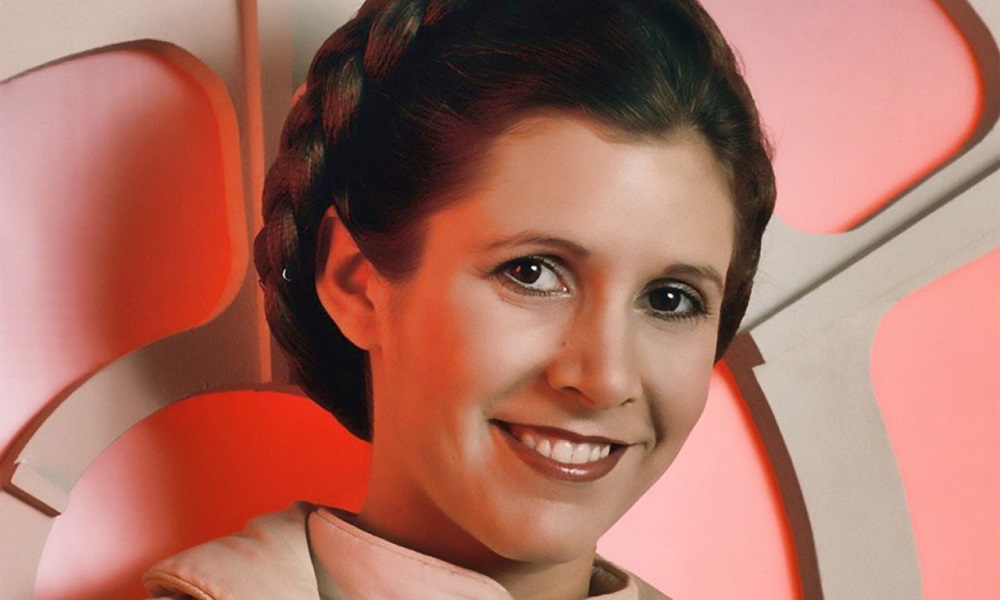 I was fortunate enough to meet Carrie Fisher last year, at the press junket for The Force Awakens. It was an unusual event in that no one in the throng had actually seen the film at that point – because no-spoilers-or-you-die – and you could sense the resulting grumpiness hovering about the room. (No one loves their petty entitlements more than entertainment journalists.)

Then Fisher arrived. Within five minutes, she had the whole cynical bunch of us eating out of her hand. She spoke with wit and depreciation, mocking the sillier parts of the Star Wars saga without betraying the deep affection and appreciation she still held for it after 38 years. She was clever. She was hysterical. She was absolutely amazing.

We didn’t know then how soon she’d go. It didn’t seem possible.

Fisher, of course, had seen it all: lived through the wars (space-based and otherwise), looked at the darkness within her soul and came back to give us all some amazing tips. Humor was her weapon, and she wielded it like a surgeon’s scalpel. Ask her about her stints in rehab! Or her mental breakdowns! Or that time she found a shampoo bottle with Princess Leia’s head on top! She’d tell you all about it…. every detail with brutal honesty and disarming humor. You left cackling and smiling, and somewhere in there, a little of her hard-earned wisdom rubbed off on you.

That may be why writing suited her more than acting.  As a performer, she always fought to free herself from Leia, forcing her to either laugh at the role or pretend it didn’t exist. Naturally, she gravitated to comedy, where her peerless timing let her quietly dismantle her own fame in the name of a laugh. With the right part, she could be magical (When Harry Met Sally, we’re looking at you), but even her glorified cameos gave her an opportunity to give the audience their money’s worth.

Her writing suffered no such limitations. The daughter of Hollywood royalty – consumed by her own brand of fame that came way too early – she possessed a natural storyteller’s instincts and an eye for the truth in all its ugliness. Writing let her show us that ugliness for what it was and teach us how to laugh at it anyway.  Through it, she transcended her celebrity, her struggles with addiction, and her bipolar disorder.  It allowed her to age with grace and maturity: to be who she was on her terms instead of the universe’s. And we loved her all the more for it.

Ironically, we saw little of her comedic instincts in the role that made her famous. Leia was all business all the time: cool assessment backed up by artfully-wielded temper. One wonders sometimes why The Force Awakens didn’t simply make her a Jedi. (Clearly she could carry the load a lot better than her moody brother.) But Star Wars always trended male in those days; had a different actress taken the part, Leia might have become just another gal pal, lucky to play in the boys’ game.

Nothing doing, of course. Fisher conquered all that with effortless ease, upending expectations at every turn and showing girls and boys alike what a real heroine could do. That was thin on the ground in 1977, and planting it in the middle of the biggest movie of all time gave it a needed push forward. The actress who seemed the polar opposite of her character found common ground in their mutual strength: that fierce resistance to anything resembling surrender.

And that’s why, in a year filled with unimaginable loss, hers hits particularly hard. We thought she’d beat it like her alter ego would, taking what the universe threw at her and spitting it back with a twinkle in her eye. 2016 claimed her anyway, hideous demon god that it is, and a little bit of that hope died with her.

But whenever that hits us going forward – whenever the despair gets too deep – we can remind ourselves that she wouldn’t want anyone to feel hopeless or sad. The world supplies tears enough, a fact she knew better than most. But she never cracked under that weight. Never.  And if any of her legions of fans gets a little misty-eyed watching A New Hope or When Harry Met Sally, she’d just banish those tears with a snap of her fingers. “Don’t you dare let this win,” she’ll say, “Or my Force-ghost will haunt the SHIT out of you!”

That was her gift to us, one that time can’t touch. That’s why we’ll miss her all the more.