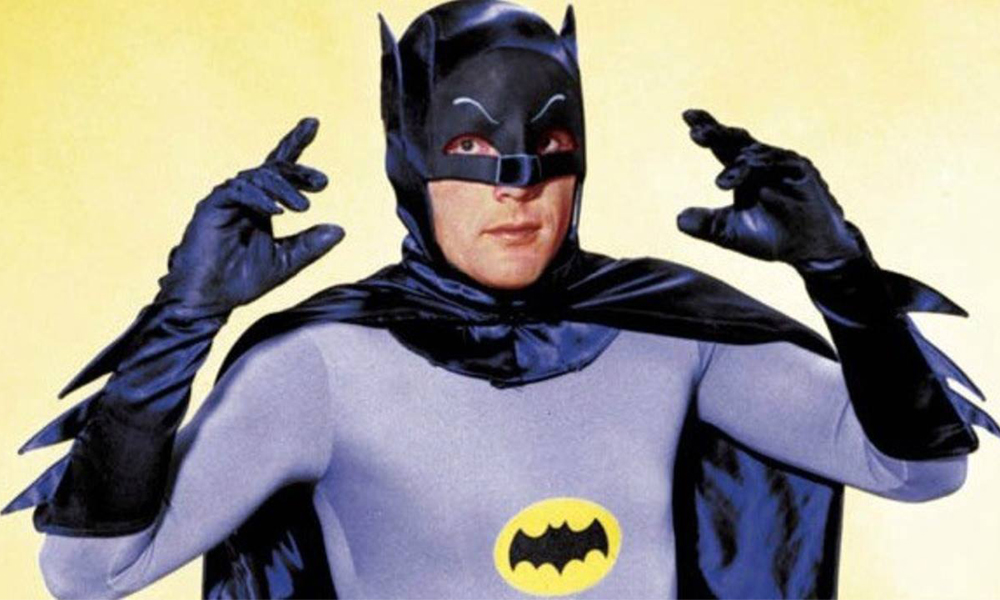 Adam West, who died this weekend at the age of 88, has been justly praised for his comedic skills. The Batman TV show from the 1960s which made him a star and saved the character from obscurity was drenched in camp, and the actor’s lethal deadpan played a huge role in that.

But the secret to his version of the character lay in more than just good delivery or an arch sense of the ridiculous. We might see how silly his universe is, but Batman himself didn’t. And in every way that counted, his Batman was the same as every other version of the character worth talking about. “He wakes up every day in pain,” West wrote on the margins in an early script: relentlessly driven to pursue justice by the murder of his parents at an early age. Everything is a crisis to him, everything a matter of life and death. He’s a brilliant detective, connecting the dots that others don’t even see to bring evildoers to justice. And he’s always two steps ahead of everyone: thwarting villains by anticipating their movers and acting to counter them. No different than Frank Miller’s version, or Denny O’Neil’s, or Tim Burton’s or Christopher Nolan’s. West’s Batman was as grim and serious as any others. He simply inhabited an absurd universe.

West instantly recognized that. He treated the silliness seriously and let the humor arise from our cognitive dissonance. Yes, it was funny – the kind of humor that holds up to viewing after viewing – but kids wouldn’t see that. They’d see only when we see now in Christian Bale, Michael Keaton, Kevin Conroy, etc. A hero rising to the challenge, using personal tragedy to become a force for good and never resting until his task was done. He found that side without losing the notion of the character’s absurdity, and found in Bruce Wayne a figure that could speak to children and adults alike.

Much was made of the way the role ate him up in later years, when the work dried up and he was forced into increasingly humiliating positions just to pay the rent. Like any actor, he wanted to move forward into other roles, and when they didn’t come, his frustration grew. But he didn’t let it stop him. He kept at it, working where he could and ensuring that his talents kept food on his family’s table. Bruce Wayne would have admired that drive. And as he moved through the lean patches in his career, he found acceptance in his association with the character, and then began to actively embrace it.

That helped enhance his reputation among Bat-fans, and even make a few new ones along the way. He provided voice-over work for several superhero animated series in the 1970s and 1980s – currying his Bat-rep to pay the bills – but in the process helped facilitate a fascinating career transition. That included an especially noteworthy episode of the Superfriends (or, more accurately The Super Powers Team: The Galactic Guardians… because Superfriends wasn’t awkward enough for a title) called “The Fear,” written by later Batman: The Animated Series stalwart Alan Burnett. It involved the Scarecrow finding Batman’s one weakness – memories of his parents’ murder – and using it in an effort to break him. It was the first effort in any medium outside the comics themselves to directly address Thomas and Martha Wayne’s deaths, and it felt perfectly right that West played the scene instead of anyone else.

He worked steadily throughout the 80s and 90s in minor projects that nevertheless gave him some distance from the Caped Crusader. But the Bat Signal kept calling him back, and as his voiceover work increased, he found himself in new Batman projects as a kind of elder statesman for the character. They included appearances in The Batman as Gotham’s mayor and The Brave and The Bold as Thomas Wayne. But the best of them naturally came from the legendary Animated Series, and indeed might stand as the best episode ever from that vaunted endeavor.

In “Beware The Grey Ghost,” West plays Simon Trent: a has-been actor once famous for playing a TV vigilante, and now fallen on hard times. A young Bruce Wayne watched the show growing up and, as Batman, recruits Trent to help him solve a series of bombings based around one of the old episodes. It was, in a word, perfect: acknowledging West’s struggles with the character and the rough patches in his career before emphatically emphasizing how important he was to this character. It arose amid the Tim Burton movies, when many so-called Bat fans were turned off by his upbeat take. “Beware the Grey Ghost” emphatically stated how important he was, and how much Batman as a concept owed to his work.

And as his career entered its later stages, West clearly came to understand that. He spoke with increasing fondness about his glory days, and embraced the role he had once worked so hard to distance himself from. And as he did so, he found those opportunities growing. His voice-over worked continued to flourish, most notably in his celebrated turn on Family Guy as Mayor West, but also in dozens of projects that marked the last 15 years of his life. In moving back towards Batman, he found the freedom he searched for so long, as well as validating the importance and influence of his most notable role.

I was fortunate enough to interview West for the Blu-ray release of the Batman show. He was warm and funny, and wanted me to know how much his co-stars mattered in creating the tone of the shoe (Burgess Meredith and Julie Newmar were particular favorites of his). But more than anything else, he sounded like a man at peace: someone who had earned his wisdom the hard way and was happier for taking the rougher road. His sparkling humor allowed him to joke about the character without losing his affection for him, and you sensed underneath how proud he was to have done right by Bruce Wayne all those years ago. We mourn the loss of the actor and the way his work inspired us, but we also know that his work will always be with us. As long as the character exists, people will smile and say, “remember the Adam West show?” It’s a hell of a legacy, one he came to cherish and appreciate more than anyone, and which made one of pop-culture’s greatest creations a whole lot cooler as a result

RIP Mr. West. This Bat-tusi’s for you.