How Did We Get Here? A Look Back at the MCU, Part 2 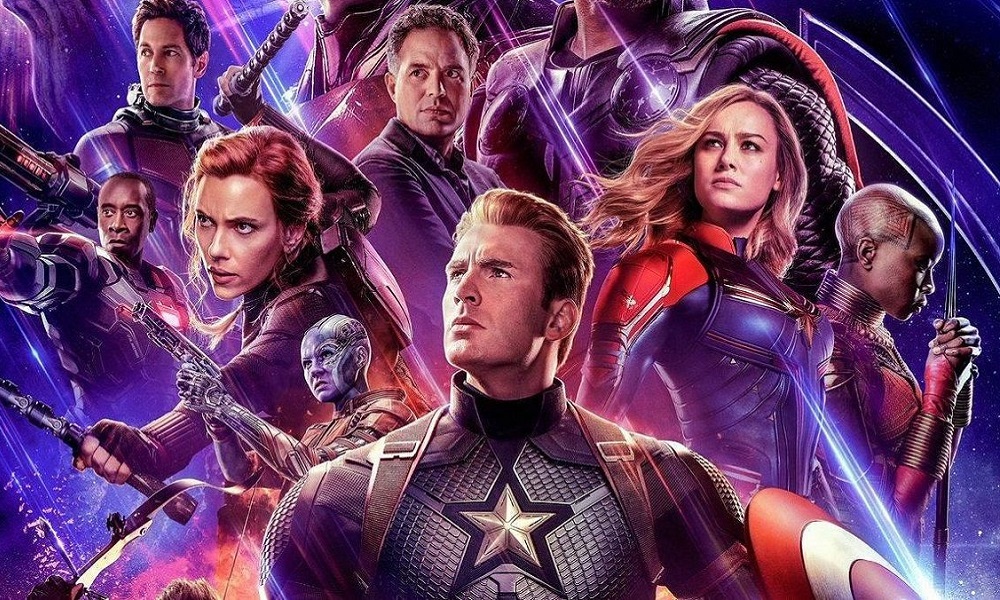 The first part of this series posted yesterday and covered the state of blockbuster franchises that paved the way for the MCU. We finish the series with a look at how the MCU took advantage of the things that came before.

The House of Mouse

Comic book fans understood the notion of a shared universe from the earliest days, as heroes from one magazine could hop over to others for a guest shot, or even team up. The notion hit critical mass in the Silver Age of the 1960s, with the Avengers, the X-Men and DC’s Justice League appearing for the first time (and here, again, it pays to note the trends set by Universal). 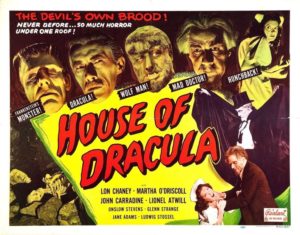 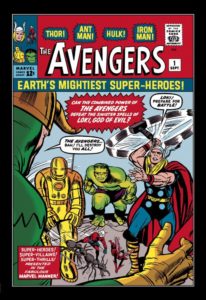 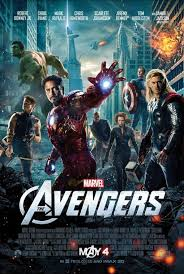 Such crossovers always made perfect sense for the comics, where the comparative investment didn’t change. You didn’t have to pay any extra to bring Thor over to Captain America for an issue or two, or have Wonder Woman team up with Batman. You just told the same writers and artists to add a few more characters to the mix. Animated series like The Superfriends played on the same concept. as did the animated cartoon stars of Warner Bros and the Walt Disney Co.

Speaking of which… Disney purchased Marvel in 2009. And that too played a role in the MCU. At the time, fans were deeply concerned that Disney would “cute up” the company’s line of superheroes. They should have known better. Disney was in the character delivery business. They had been since the earliest days of Mickey Mouse. And Mickey had developed shared universe himself in the 30s and 40s, occupied by Minnie, Goofy, Donald and Co.

That meant corporate executives comfortable with notions like shared universes, and who had delivered crossovers like the MCU on a smaller level with TV shows like House of Mouse and video games like Kingdom Hearts.

No one had attempted it in the movies  – not on that scale at least – since the Universal monsters days. But Disney spoke the language, and it wasn’t that hard to replace “friendly cartoon animal pals” with “morally complex superheroes”.

In 2012, their gambit with Marvel looked successful, with a handful of viable franchises and an obvious flagship in Downey and Iron Man. But nothing stood out from among Hollywood’s other big players. That was going to take something new… something that took full advantage of every lesson taught by a half dozen franchises that had come before.

They had viable stand-alone heroes with Iron Man, Thor and Captain America. Why the hell shouldn’t they just team up?

The Shot Heard Round the World

The result was 2012’s Avengers. the point where the MCU stopped being an interesting conceptual possibility and became… well, the MCU.

The Avengers succeeded, first and foremost, because it’s a good movie: sharp, funny, entertaining and holding up to multiple viewings with ease. In the process, however, it found itself in the perfect moment to achieve its potential, fed by 75+ years of tests and experiments:

But the final and most important ingredient came from Marvel’s original creative property – the comics themselves – and Feige’s understanding of how to tell stories in that medium.

Listening to Feige describe the MCU, he often uses the terminology of comics. For instance, he often refers to the “splash page” shot in Captain America: Civil War: two rows of heroes charging at each other, matching similar spreads in the comics. 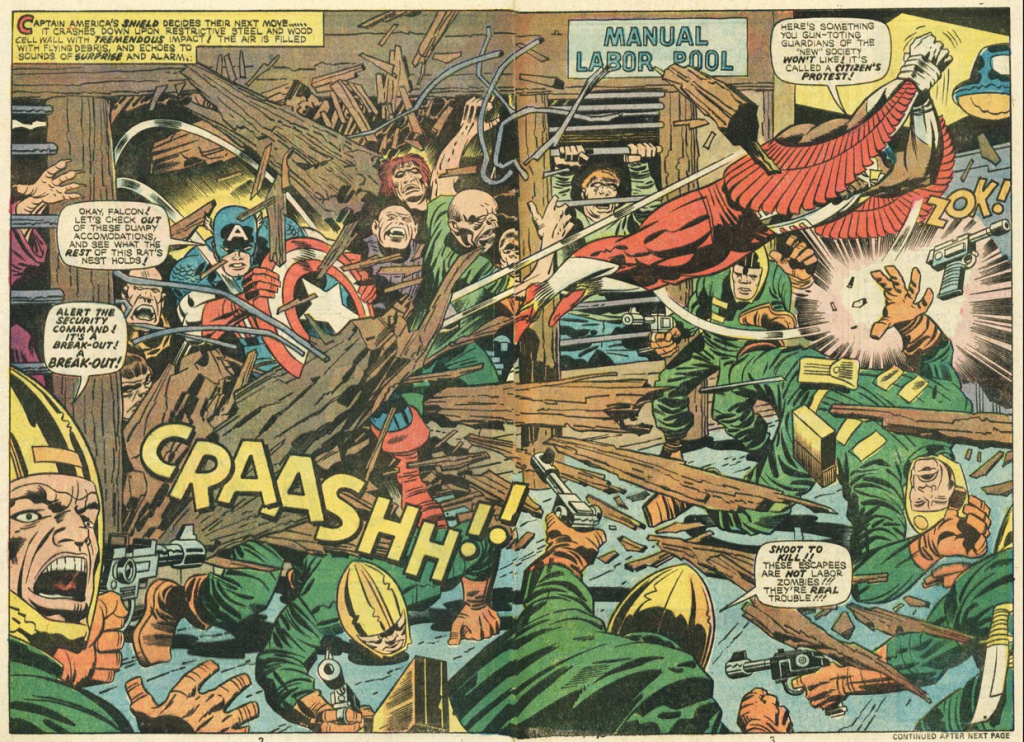 Or the original Thor’s use of tricks like angled shots, matching the way comics guided the eye from panel to panel. (Look at this scene and note the through-lines in the background, the angle of the camera, and the way it matches Jack Kirby’s original comic book image.) 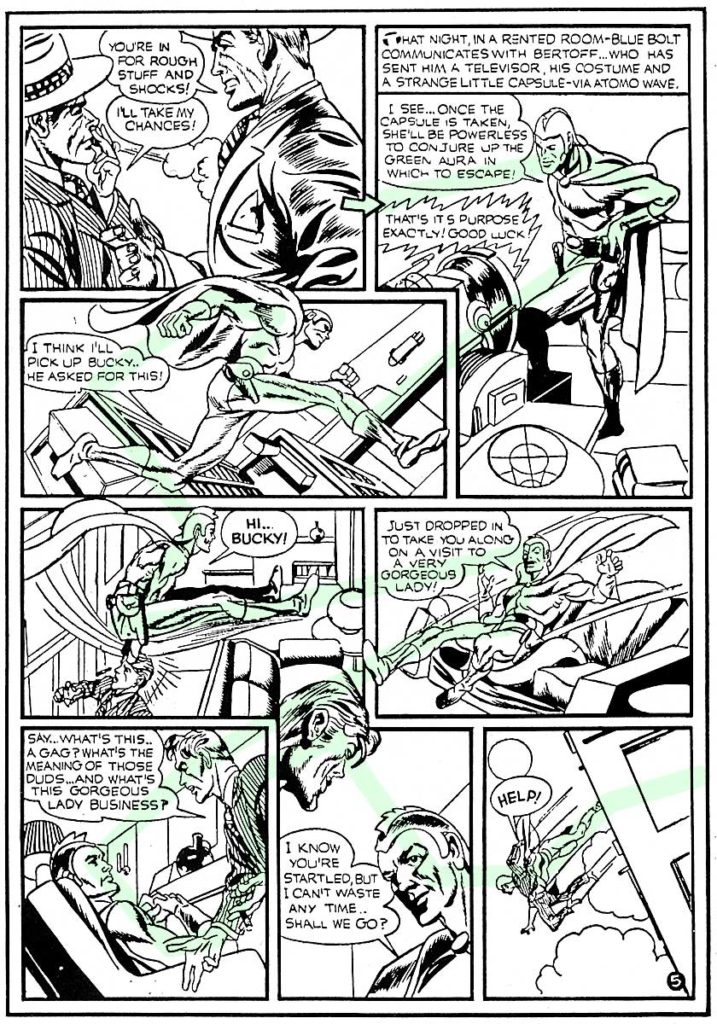 Feige understood the language of comics and integrated them into the stories on film… and that applies to big concepts as well as small.

Previous movie directors might be fans of the characters (such as Sam Raimi and Spider-Man) or possess sensibilities that match the look of comics (such as Tim Burton and Batman). But Feige understood the episodic, soap-opera nature of comics arcs. The cross-overs, the cross-pollination, the limited series. The different heroes clashing against each other. The ways you sometimes stepped into an ongoing storyline without quite knowing how you got there, and being caught up in the action anyway.

All of it served the storytelling format that Marvel based its business model on: epic arcs trundled out once a month, 32 pages at a time.

Feige drew on that experience when developing Phase One. He knew how to seed plot threads and let them bloom over multiple chapters. He knew that he could quietly pinch off story concepts that didn’t work, and use Easter eggs as inspiration for future plots without necessarily having to follow up on them if they didn’t work. By the time The Avengers hit, the movies roughly matched the format of the comic. Multiple film lines, matching individual “titles,” with characters able to move freely between them as needed. Each film corresponded to a new “issue” of the comics. Within that framework, you could do anything with a movie that the artists and writers could do with a four-color comic book. All you needed was the budget.

The Avengers provided that and more: a perfect storm of calculated risk, narrative possibilities and reliable formatting that broke exactly, precisely the way it needed to. Critical praise, massive global box office, and in Whedon a director who understood the precise manner of storytelling required.

That success — $623 million domestically with over $1.5 billion worldwide – made the rest of the MCU possible. What followed was the easy, painless implementation of the comics formula to a franchise that now had the ability to support it. We’d get one movie every four months instead of one comic book per month and pay $12 per ticket instead of $3 per issue, but the principle remained unchanged. All Feige had to do was plug it in.

The results speak for themselves. In the ensuing seven years, the MCU rapidly built the tableau that others could only dream of – adding another six stand-alone movie franchises, plus multiple TV shows and counting – simply by following the script that brought them here. They committed to quality and kept the standard high, meaning that even “also rans” like Age of Ultron still provided reliable entertainment and an expected standard. It took patience and calculation and the right combination of elements. Other franchises – notably the DCEU – tried to reach the same heights too fast, without putting in the patient work required to make it last.

Yes, serendipity played a part. The MCU followed the playbook just when they needed to and broke ground the right way at the right time with the right creative forces in charge. But they made mistakes too, and by acknowledging that capacity, they were able to inoculate themselves from catastrophe and build on their foundations.

And with decades of Marvel comics to draw upon, there’s no shortage of story material for the future. Black Panther, Captain Marvel and Spider-Man have established viable solo franchises to replace the Iron Mans and the Captain Americas whose stars are ready to move on. The X-Men are doubtless on their way, and there’s a deep reservoir of characters to draw upon should the current crop ever tire. The MCU system is now self-sustaining: applying the lessons of the past to expand the potential of the present and provide creative space for the future to grow.

All of that in 10 years, and with no signs of slowing down.

Someday it will end, of course. The public will move on, the formula will stagnate, and Hollywood will find something else to occupy our attention. But to quote a prominent denizen of the MCU, “You hope for the best and make do with what you get.” No one knows what the future may hold, but this grand experiment will doubtless have significant influence on it. It’s been a privilege to see it develop… and we may never see anything quite like it again.

One thought on “How Did We Get Here? A Look Back at the MCU, Part 2”