31 Days of Horror: Horror of Dracula 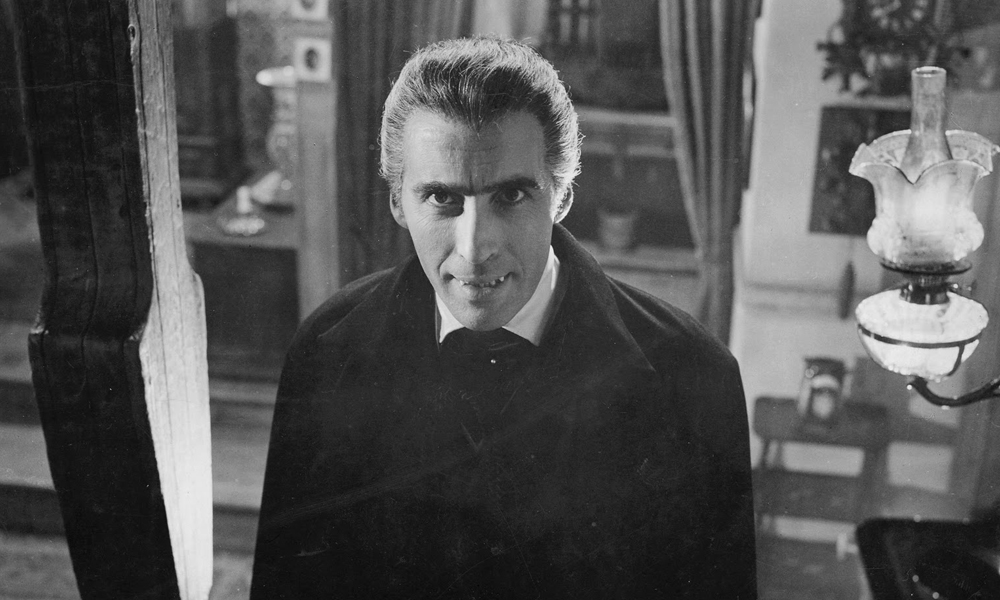 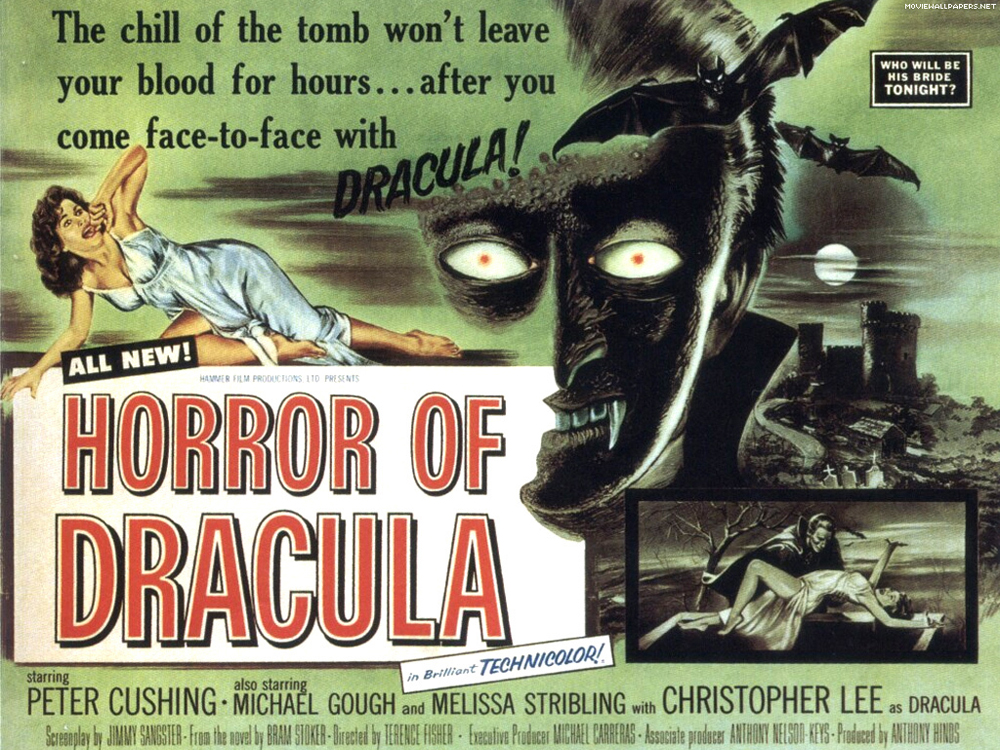 After Jonathan Harker (John Van Eyssen) attacks Dracula (Christopher Lee) at his castle (apparently somewhere in Germany), the vampire travels to a nearby city, where he preys on the family of Harker’s fiancée. The only one who may be able to protect them is Dr. van Helsing (Peter Cushing), Harker’s friend and fellow-student of vampires, who is determined to destroy Dracula, whatever the cost.

The studio that dripped blood, Hammer Studios, answered the public thirst for more horror films after Universal Studio stopped dabbling in the genre. The Horror of Dracula or just Dracula is loosely based on Bram Stoker novel. Loosely based, so Hammer had some fun with changing some of the characters around, but all in all they were out to tell a story and make a few bucks doing it.

As movies go today the film is slow and you keep waiting for Van Helsing to show up in the beginning. A film like this is essential viewing as are many of the Hammer Horror films because these works inspired the likes of Tim Burton (Sleepy Hollow) and many of today’s macabre directors. I watched the film in the same mind set as you play an old video game. It maybe slow and the quality is so so, by today’s standards, but it is still fun to play/watch nonetheless. Why is it still fun? Because everyone involved is there to tell a frightening story and to scare you or at least maybe the person next to you.

Cushing and Lee are superb together. Then again, when weren’t they? The Horror of Dracula also has the distinguish of being their first leading speaking roles opposite one another.  Making it evident why these two actors were in so many films together. Cushing, who portrays both a reasonable and intelligent man, is perfectly cast against Lee’s elegant savage. I considered it a treat to watch these two actors in their prime.

The early work in Hammer’s Horror series is still top notch and nothing compared to its repetitive inane sequels that featured the aging Cushing and the new “it” girl with the gigantic cleavage. Yet, I always find myself watching them over again anyway.

If you are a true film scholar or fan of movies, I recommend starting with the Horror of Dracula and the Curse of Frankenstein (1957). You’ll see a different take on Universal’s Classic Movie Monsters and your eyes will open to the ecstasy of the studio that dripped blood.