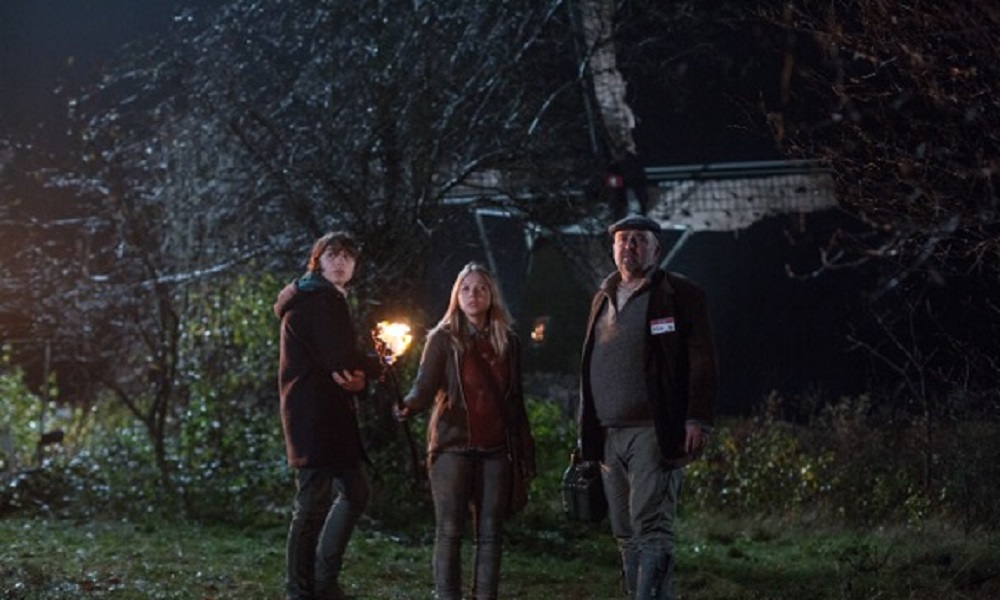 With FrightFest on its way next month, one of the noted films on the docket has already secured North American distribution. The Windmill, a product of the same minds that brought Frankenstein’s Army and Dead End, will be released by Macabre Films, the genre branch for XLrator Media. Producer Nick Jongerius will make his directorial debut, with genre stalwart Noah Taylor (Game of Thrones, Edge of Tomorrow, the Tomb Raider movies) starring. We’re awfully fond of Frankenstein’s Army around here, so color us curious to see what this new grindhouse shocker has to offer.

From the official release announcement:

“A group of unsuspecting tourists awaken a mysterious evil whilst on a trip through the Dutch countryside. When their tour bus breaks down, the strangers are forced to seek shelter in an abandoned barn beside a sinister windmill where, legend has it, a Devil-worshipping miller once ground the bones of locals instead of grain. As members of the group start disappearing, secrets are revealed that seem to mark them all for doom.”
Our Score