Horror Comics in Black and White: A History and Catalog Book Review 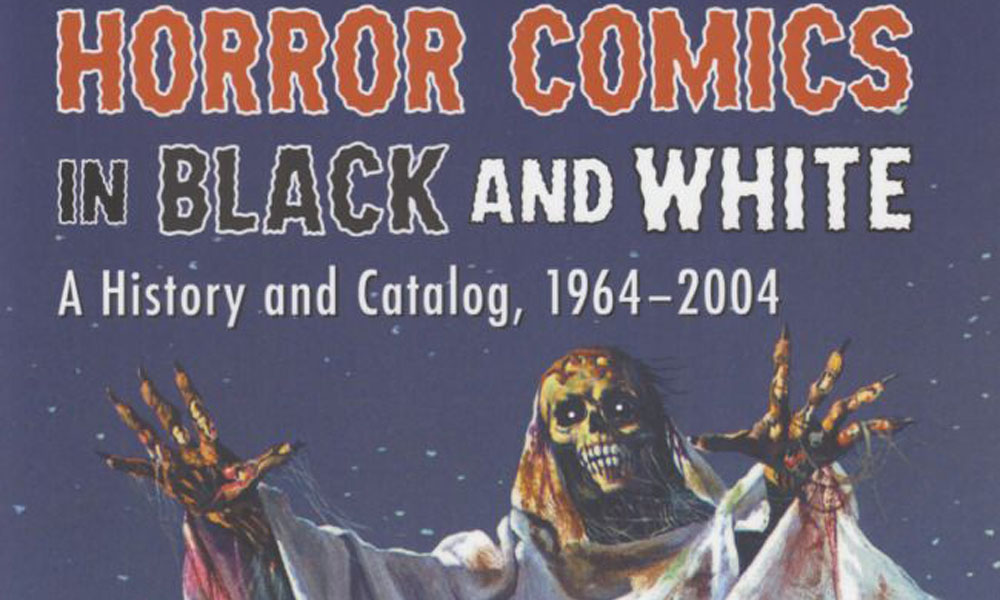 With all due respect to EC Comics and the other horror comics of the pre-code comic book era of the 1950s, there was simply nothing like the black and white magazines of the 1960s and 1970s. This book from McFarland provides both a history and catalog of those great magazines produced by companies such as Warren, Skywald, Marvel, and others. 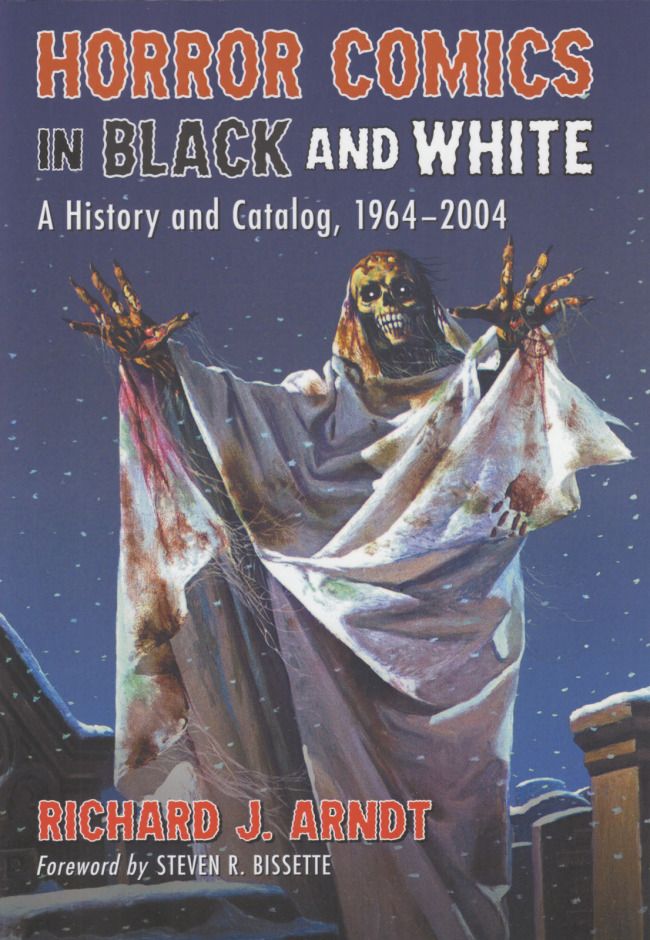 Artist Stephen Bissette, a monster kid himself, provides the foreword to the book and talks about discovering these great magazines, and in particular the two Warren mags, Eerie and Creepy. His story could be told by any of us who grew up in the 60s or the 70s at the height of the popularity for these black & white mags. Because they were magazines and NOT comics, they did not fall under the authority of the comics code and thus could feature as much blood, gore, and terror as you could pack in their pages.

Author Richard J. Arndt traces the history of these comics from the first issue of Creepy in 1964. While the history runs right up to modern black and white mags, every fan knows that the real meat came in the 60s and 70s. Arndt gives an issue by issue breakdown of the major mags, providing the issue number, publication date, cover artist, story titles and artist/writer credits, as well as miscellaneous notes on each issue such as changes in pricing, page count, and other anecdotes on story and art.

Over half the book’s 298 page count is dedicated towards coverage of Warren’s magazines which might seem like a lot but also accurately reflects Warren’s dominance of the market. Skywald (the most underrated mag publisher) and Marvel also get their own chapters. Marvel fully embraced the black & white magazine concept with titles like Tomb of Dracula, Haunt of Horror, Monsters Unleashed, Tales of the Zombie, Vampire Tales, and many others. The next chapter covers smaller publishers like Major, Atlas/Seaboard, Quality and others before covering more modern day titles published by companies like Dark Horse and IDW.

The author notes that the publications of companies like Eerie (not to be confused with the Warren magazine) are not included as they published primarily reprint material from the 1950s. Eerie put out titles like Witches’ Tales, Terror Tales, Tales of Voodoo, and others from the late 1960s to the mid-1970s. It’s disappointing that he chose not to include those. While they may have been reprints, they were still quality stories that likely no one in the 1970s had seen before anyway. Plus their titles featured some of the goriest covers ever, far more so than Warren’s. The content from the more modern era is so slight that its inclusion is a bit pointless. Better to have included the Eerie material but overall this is a great book and if you are a collector or thinking about collecting these mags, this would be an indispensable resource.