As many times as I have seen Home Alone over the years I never knew that clumsy bandits Harry and Marv had last names…In celebration of the film’s 25th anniversary, Neca has released a set of three brand new action figures featuring young Kevin McCallister and those two hapless home intruders, Harry Lime and Marv Merchants. 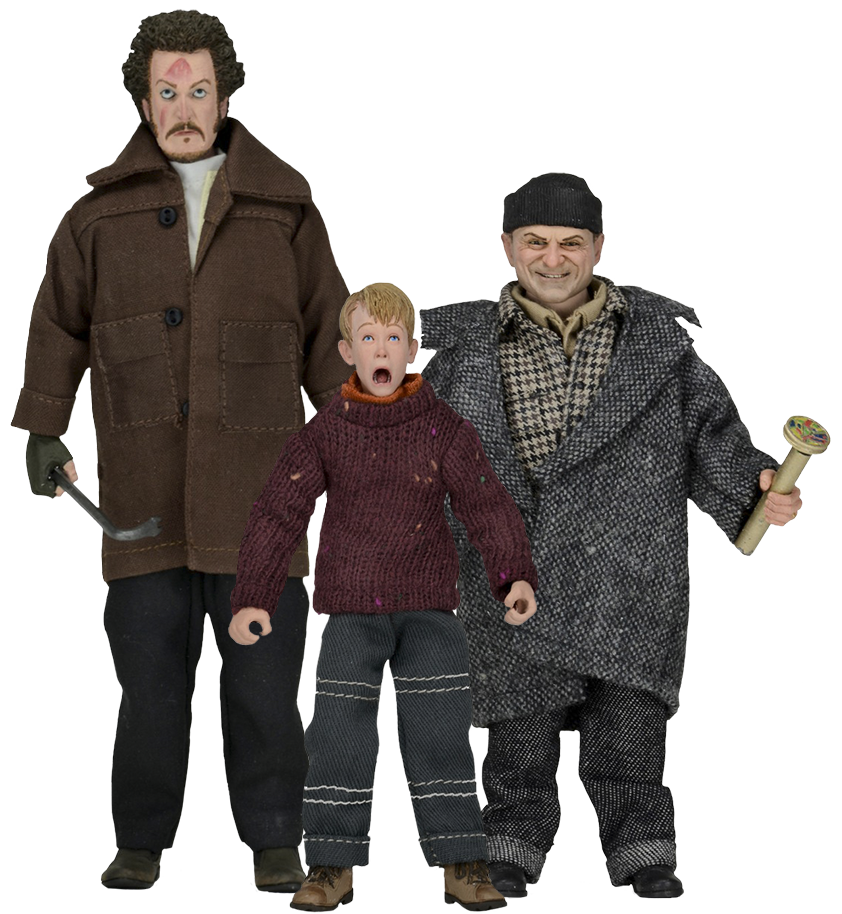 Each of the three figures is sized appropriately so Kevin is shorter than Harry while lanky Marv towers over both. The trio is dressed as they were in the film with actual cloth garments. Kevin is garbed in blue jeans and red sweater; Harry in cuffed jeans shirt, undercoat and overcoat; and Marv in slacks, white shirt, vest, and brown jacket.

All three come with an alternate head that depicts one of their well-known expressions from the film. Kevin’s alternate head has him yelling in terror; Harry’s has him grimacing after being coated in glue and goose feathers; and Marv’s has his eyes rolling in the back of his head with the imprint of an iron covering his face.

The figures all feature fantastic articulation with movement at their ankles, knees, hips, waists, shoulders, elbows, wrists, and neck. This allows you to pose them to create unique dioramas that can be a great addition to all of your other Christmas decorations but truthfully these figures are so great you will want to leave them out year round. The likenesses to the actual actors are truly incredible but if you are a regular Neca collector, you have come to expect that kind of quality. 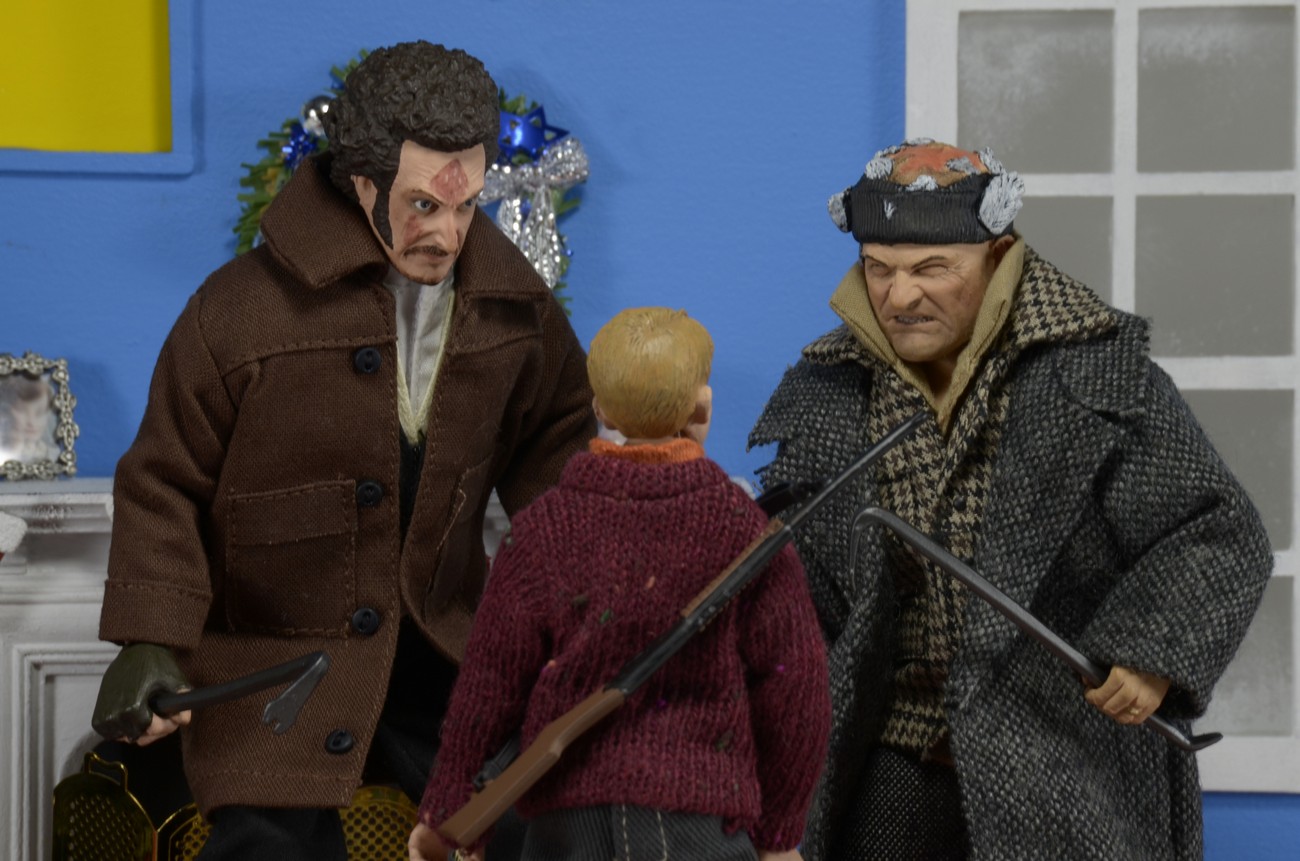 Both Marv and Harry come with a crowbar and a sack to store their stolen loot. Harry comes with a toy kaleidoscope while Marv comes with a snow globe. Fans will no doubt recall those items from the film. Kevin comes with a few more accessories. He has a set of bicycle handle bars and rope, which of course he uses to zip line from his home to the treehouse. You can actually set up the rope and try this out yourself. Kevin also comes with an extra set of hands with one designed to hold his BB gun (another accessory). Finally, and in a nice touch, Kevin comes with a Little Nero’s pizza box, no doubt containing a lovely cheese pizza, just for him.

What can you say about Home Alone? It has become a Christmas classic that is mentioned in the same breath with “A Christmas Story”, and “It’s a Wonderful Life.” Neca has given fans a wonderful way to celebrate the film’s 25Th anniversary with this fantastic set of figures. 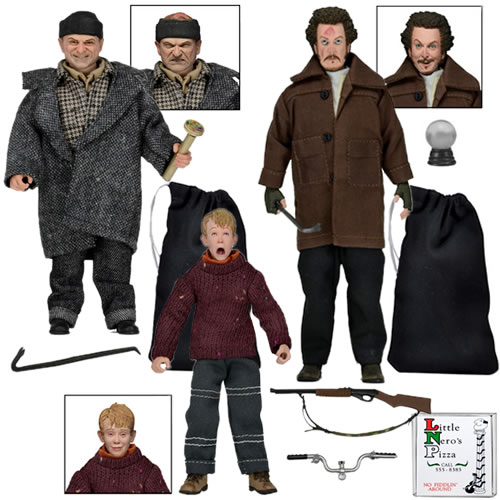