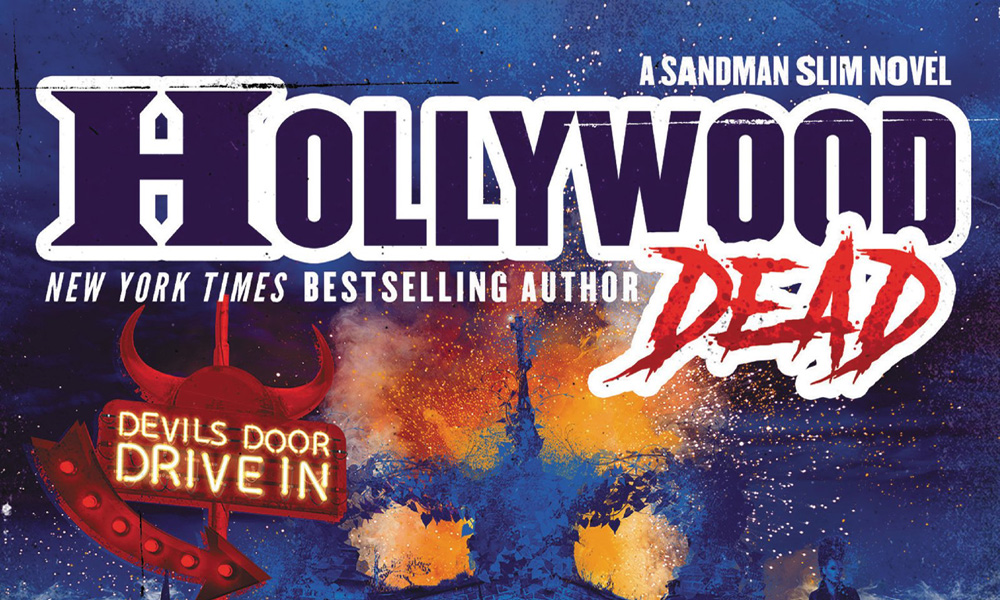 The latest installment of Richard Kadley’s Sandman Slim series, Hollywood Dead, is an entertaining mixture of 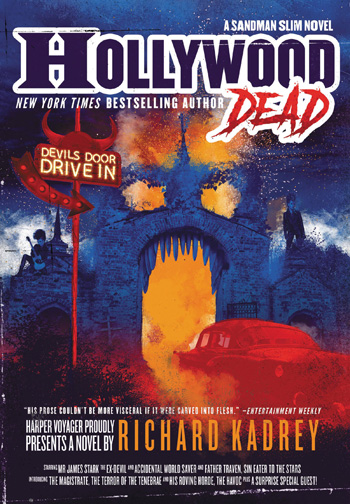 blood-and-bullets supernatural noir and poignant, soul-searching redemption. I’ll admit right off the bat that I’ve never read this series, so I can’t compare Hollywood Dead to what’s come before, but as a new reader, I enjoyed the rollercoaster ride through the streets of L.A., Hell, the Room of Thirteen Doors, and beyond as James Stark, aka Sandman Slim, attempts to thwart the evil machinations of a secret society known as Wormwood.

Stark is a half-human, half-angel mercenary for hire who shoots first and asks question later. His moral compass is a bit off kilter, but anyone who deals with virtuous monsters and double-crossing angels on the regular probably has a different perspective on what constitutes good and evil. In Hollywood Dead, Stark has been deceased and hanging out in Hell for about a year when the novel begins. Raised from the dead by a necromancer named Howard in exchange for his murder and mayhem skills, Stark essentially makes a deal with the devil and later regrets it. He struggles to make things right before his body decays and he returns to Hell for good.

The first half of the book is fast-paced, violent, and offers plenty of smart-ass dialogue, but it felt a tad tiresome a hundred pages in. It felt like Stark was playing a role, a typecast character, instead of someone authentic. Every serious moment is met with a deflective joke, often degrading, or a dismissive too-clever comment, and Stark threatens to kill someone on a dozen different occasions (and they’re almost always empty threats). I wasn’t too enthused to read 350 pages of the same thing over and over, but Kadrey thankfully switches gears about halfway through.

It’s when Stark visits his old haunts and sees his old friends that the story starts to pay off. Even without having read the previous novels that establish the characters of Candy, Flicker, Kasabian, Carlos, and Vidocq, I connected to Stark’s sense of loss when he sees they’ve all moved on since he died—and they seem to be doing just fine without him. More than fine, they’re a hundred times better. For a “fixer” type guy, this is the true kind of death: when you’ve outlived your usefulness.

On top of that, his return brings misfortune back upon his friends, and it’s this sense of guilt and regret that is the heart of the novel. Stark bares his vulnerable, human side for once, and it’s entirely engrossing—thanks to the crass, gruff, tell-me-who-to-shoot personality he displays in the beginning. But it’s not just the inward feelings of guilt that make him vulnerable; Stark is also physically vulnerable due to the decay of his body. Seriously, by the end, the only thing holding him together are copious amounts of duct tape and cling wrap.

If you like John Wick or Constantine, this series is definitely for you. I give it 75 out of 100 rating for it’s entertainment value and emotional journey of redemption. Everyone loves a good redemption story, especially when there’s some blood, demons, and hoodoo magic thrown in.