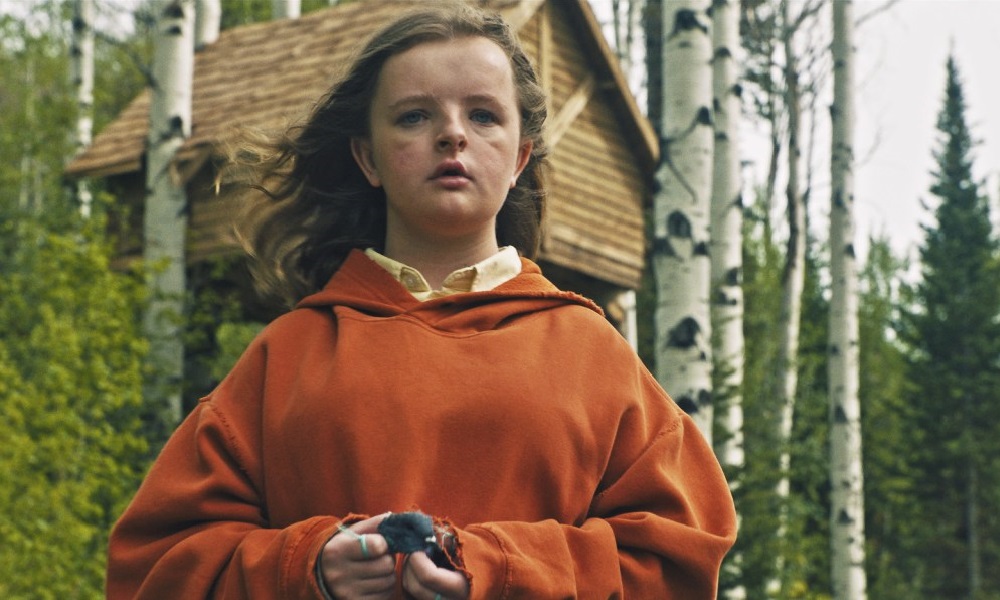 IN A FAMILY WAY: A REVIEW OF HEREDITARY (2018) SANS SPOILERS

Ari Aster, the writer/director of Hereditary (2018), his first feature-length film, wanted “to make a bleak drama about grief and trauma and people trying and failing to navigate tragedy,” “a family tragedy that curdles into a nightmare.”  But his wanting “to say something uncompromising” and not wanting a “bittersweet ending” made it commercially unviable as a purely dramatic movie.  And so he made it in a film genre he was obsessed with as a teenager, the horror genre, because “horror is … the one genre where [darkness and bleakness] is not only a virtue [but is] necessary.”

Thus, Hereditary is like a horror genre version of Ordinary People (1980); and the movie’s unordinary people are the Graham family.  The movie begins with the day of 78-year-old grandmother Ellen Leigh’s funeral.  Her daughter, Annie, eulogizes her as “a very secretive and private woman [who] had private rituals, private friends, private anxieties.”  And she suffered from dissociative identity disorder and dementia and committed suicide, her psychotically depressive husband starved himself to death when Annie was just a baby, and her schizophrenic son hanged himself when he was 16. 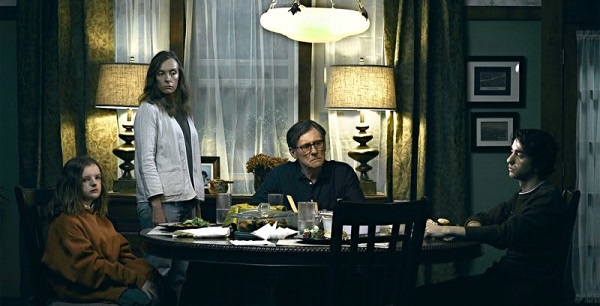 The Graham family has issues, too.  Annie (played by Toni Collette), a miniature diorama artist, obviously has psychological problems.  Her daughter “Charlie” (played by Milly Shapiro), who was Ellen’s favorite, is a creepy and creepy-looking 13-year-old who seems to be on the autism spectrum.  Her husband, Steve (played by Gabriel Byrne), is weird and wimpy.  And her teenage son, Peter (played by Alex Wolff), is a whiny, pot-smoking underachiever.  The family and its environs feel as if they were created by David Lynch, and this surrealism compromises both the drama and the horror.

It compromises the drama by distancing the audience from the family and their circumstances, and it compromises the horror because there is no initial normality for the forces of evil to threaten or violate.  Just as Jack Nicholson’s character in Stanley Kubrick’s disappointing The Shining (1980) starts out crazy and just gets crazier, things in Hereditary start out bizarre and just become more so.  And Hereditary is as boring and cartoonish as The Shining, which is a shame because, like The Shining, it has a viable premise and a film style that’s unconventional but very effective. 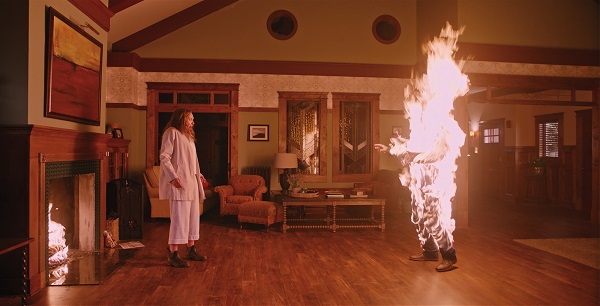 The cinematography, with which Aster was “really involved,” favors full and drawn-out shots with camera movement to emphasize certain bits (especially for the big scare sequences) over sequences of shorter shots.  The background score, a “pulsing sub-drone” Aster wanted “to be felt in [the audience’s] stomach,” “to feel evil,” is bone-chilling.  And the movie has a few truly harrowing moments, moments with the same level of horror and terror as the ones in William Friedkin’s The Exorcist (1973).  But alas, these positives are just gourmet peanuts embedded in a pile of fecal matter.

Hereditary, contrary to all its baffling critical acclaim, is actually a pretty bad movie.  It’s so lacking in verisimilitude and its characters so strange that most of the time it feels like an outright farce.  Its narrative is muddled and episodic with no feeling of the stakes being raised (even though they are).  And neither the characters nor the story elicit any emotional investment from the audience.  But this is only Aster’s first feature-length film, and it does show talent and imagination.  His second movie will also be a horror movie, and hopefully he learned from this one.