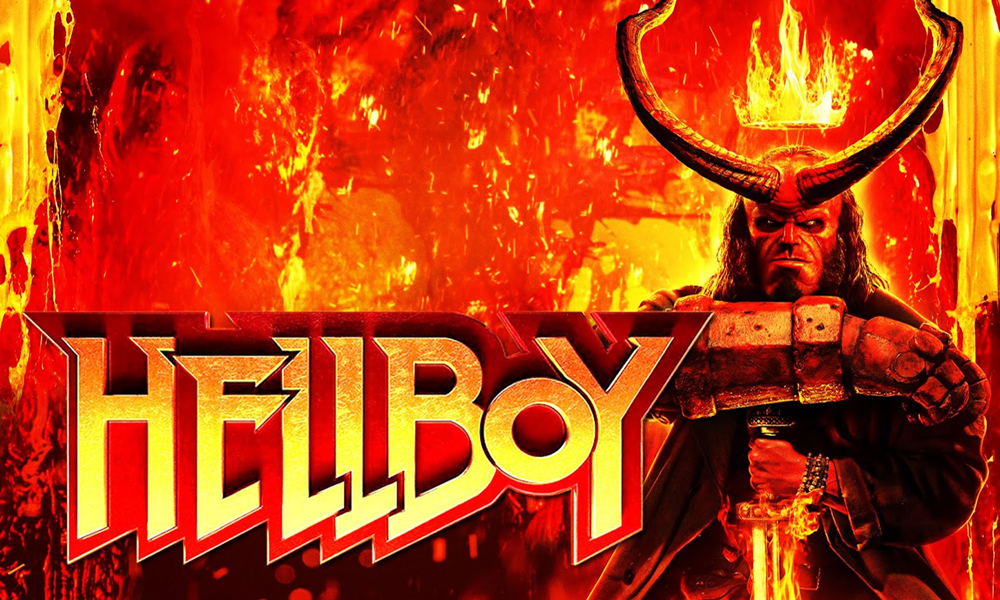 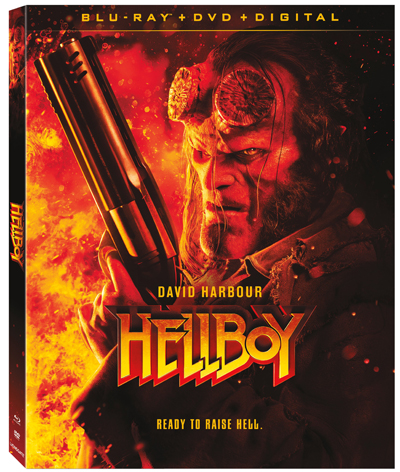 A few years back at Motor City Con, actor Ron Perlman announced that he would not be returning to the role of Hellboy after playing the comic character in the first two live action films as well as the animated productions. His disappointment was obvious. Enter David Harbour into the role as well as new director Neil Marshall into the reboot of the series…although why a reboot was required is anybody’s guess.

In the opening prologue we learn of an evil witch named Nimue (Jovovich), defeated in the Dark Ages by King Arthur who used his enchanted sword, Excalibur, to cut her into pieces and lock them into magically sealed chests hidden throughout England. In modern day, Hellboy, drunk and distraught over the death of fellow Agent Esteban Ruiz, he is assigned by B.P.R.D. leader Trevor Bruttenholm (McShane), his adoptive human father, to assist the Osiris Club in their hunt for three giants who are terrorizing the English countryside.

Meanwhile a creature of Fairy, The Grugach, a giant, humanoid boar-like creature is aided by the Russian witch of legend, Baba Yaga, in locating the pieces of Nimue so she can be pieced back together and spread her darkness of the world. The Grugach wants revenge on Hellboy for stopping his attempt to steal a baby year’s earlier and to live as a human. Baba Yaga wants revenge on Hellboy for taking one of her eyes. The Osiris Club also wants Hellboy dead because….well…you get the picture. The muddled script of Andrew Cosby is heavy on protagonists without being heavy on logical and point-driven reasoning. There’s just a lot of people, monsters, and witches who want Hellboy dead and all you need to know is there is going to be a lot of fighting, shooting, explosions and mindless chaos with a heavy emphasis on mindless.

This is about as egregious an example of a writer and director throwing as much crap on the screen as they can to see what sticks. Unfortunately, most of it just stinks, as is the nature with crap. The film devolves into a mad scramble to get from one fight to another. Perhaps they thought we wouldn’t notice just how whiny and annoying they had made Hellboy including having daddy issues and wallowing in self-pity throughout most of the film. Harbour was going for a younger, more rebellious version of the character but it’s impossible to sweep away Perlman’s version which was spot on.

Milla Jovovich has never been what one would call a dynamo of emotion and expression with her characters and she frankly seemed a little bored in her role as Nimue. On the other hand, Ian McShane is always fun and I loved Daniel Dae Kim who had a supporting role as Ben Daimo, a were-jaguar member of the B.P.R.D.

Hellboy was a disaster at the box office grossing only $40 million worldwide against a budget of $50 million. Even though the film’s end credit scenes point to a sequel you have to believe that we’re likely to get another reboot minus Neil Marshall and Andrew Cosby.