He-Man and The Masters of The Universe: Limited Edition (2-CD Set) Review 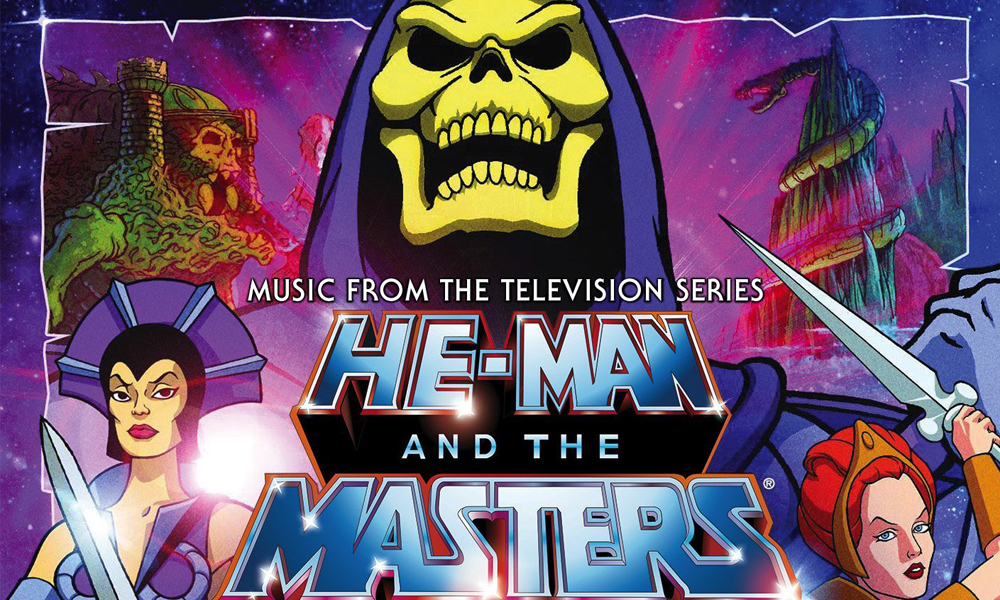 He-Man and The Masters of The Universe: Limited Edition (2-CD Set)

“He-Man and The Masters of The Universe” is the perfect blend of Science Fiction and Fantasy, a far off world where magical heroes and villains battle for control of the planet, Eternia. It was a 30-minute cartoon that had tons of action, great characters, and a lesson for good measure. Sure, many parents probably thought that it was a thirty-minute toy commercial (and it was), yet if they watched the show, they would have known the great stories that resided within. “He-Man and The Masters of The Universe” is a property that has re-invented itself time and time again. It has grown from its action figure line with tiny comic books all the way to feature length live action films and back again. The great minds at LA-LA Land Records are striking with their own “He-Man and The Masters of The Universe” tie-in with a 2-CD set of music from the original cartoon series. How does the music hold up? It stands taller than Castle Grayskull.

A hero is nothing without a great villain and He-Man certainly had Skeletor. A quick play of “Snake Mountain”, “Skeletor Chase” and “Darkness Falls” and you have all the menacing background music you could possibly want. However, I have to give it to the composers for “Evil-Lyn”, Skeletor might have multiple tracks on this collection, but “Evil-Lyn” packs an awesome punch.

The series could always set a great mood. It had to, as it only had 30 minutes in which to tell its tale. “Desolation”, which you will recognize from a magnitude of episodes, is included here as well. Whether it be a desolate forest, a barren plain, or the dark side of Phantos, you’ll love this brooding, dark music. Fear not as there is a ton of light stuff to remind you that there are heroes, both big and small on Eternia. Court magician and resident buffoon, Orko, has several tracks to his credit, “Magical Orko” being the best. Even those would-be lovers Prince Adam and Teela (they were destined to end up together, right?) have a gentle theme (“Prince Adam and Teela”) that implies there was more going on after our half hour was up.

The music itself by Shuki Levy, Haim Saban and Erika Lane would fit any renaissance fair with a perfect blend of harps, lutes, and harpsichords. Don’t believe me? Check out the “Lute Piece” on CD 2. Yet, as I breezed through these tracks I was reminded of opening titles, “Story Title (Heroic)” and “Story Title (Mysterious)” and was propelled back to those days long ago when I rushed home to catch up with the most powerful man in the universe. Any fan of the series will notice how much of this 2-CD set could be picked up and inserted into any episode. Who knows what the budget was for this series, but it did span 130 episodes and had multiple spin-offs. Did the work of Levy, Saban, and Lane get recycled week after week? You won’t care after you listen to tracks like “Good Guys”, “Aliens Attack” and the Spanish version of the He-Man theme; complete with chorus. He-Man and The Masters of The Universe was the genre at it’s best. It never preached down to its audience, only ever up. Now you can have the soundtrack to go with your memories and all those lessons you took home with you.

Order He-Man and The Masters of The Universe: Limited Edition (2-CD Set) here.