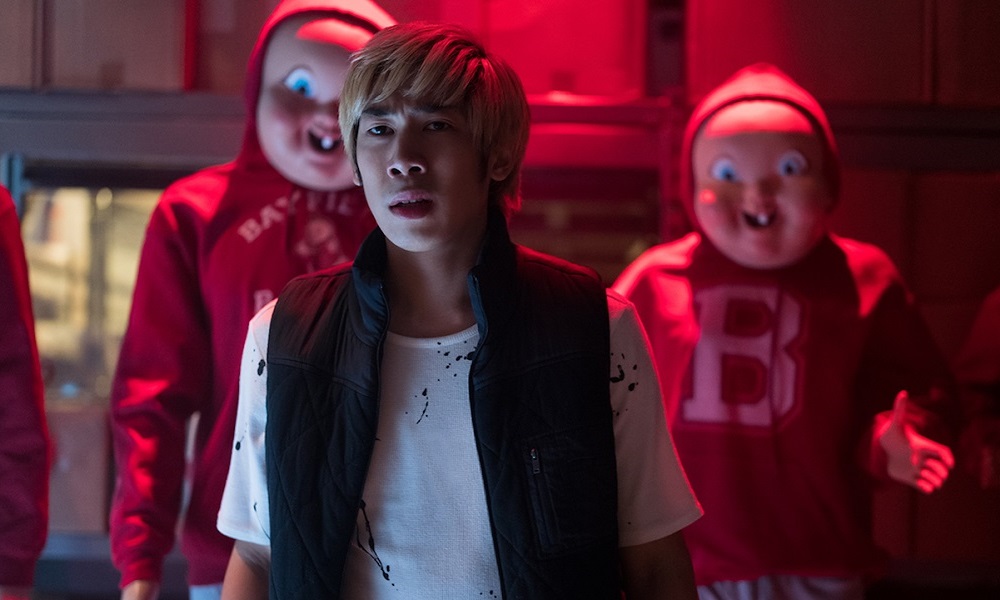 DIMINISHING RETURNS: A REVIEW OF HAPPY DEATH DAY 2U (2019) WITH SPOILERS*

*This review of Happy Death Day 2U (2019) has what are called “spoilers”; but how can anything, even giving away vital plot elements, spoil a bad movie?

The original Happy Death Day (2017) is not a bad movie but rather a pretty good movie.  A crossbreeding of two 1990s movies, Groundhog Day and Scream, it features a sorority alpha-beeyotch nicknamed “Tree” (played by Jessica Rothe) trapped in a birthday time loop restarted by her murder.  Having to determine the identity of her murderer to break the loop makes her realize how many persons hate her, which humanizes her and teaches her to consider the consequences of her behavior.  That movie’s a very clever, pretty good comedy horror that needed a little more comedy and a little more horror to be a very good movie.

And its sequel Happy Death Day 2U, instead of ramping things up as sequels must to be successful, instead has far less comedy and horror.  Being far less funny than the original is unintentional: the jokes, rather than being sparse, fall flat.  But having far less horror is actually intentional: the movie benches the horror genre (for the most part) to hook up with the science fiction one.  In fact, its science fictional element—an experimental device that can inadvertently cause a person to be stuck in a time loop or “knocked into a parallel dimension somewhere in the multiverse”—is applied retroactively to the original movie as well. 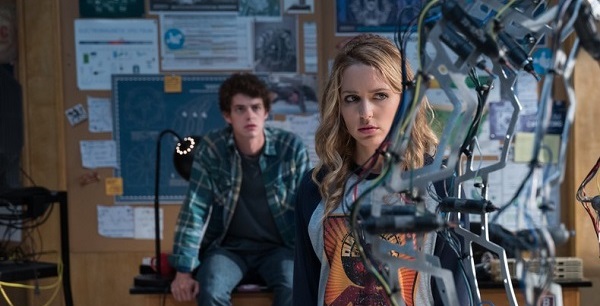 It turns out that the time loop in which Tree was ensnared on her birthday—and the three-second power outage that night—were caused by a “quantum cooling reactor” created by her boyfriend Carter’s roommate Ryan (and two other physics students) as a thesis project “to prove that time can slow down on a molecular level.”  And the day after her birthday, Ryan himself becomes caught in a time loop.  But when he uses his device to extricate himself from it, Tree’s returned to her birthday time loop—but in an alternate reality in which her mother’s still alive, Carter’s her sorority sister Danielle’s boyfriend, and other “anomalies” exist.

And ay, there’s the rub!: Tree must decide between an alternate reality in which her mother’s still alive but the love of her life is her frenemy’s boyfriend and the original one in which Carter’s her boyfriend but her mother’s been dead for three years.  (Actually, she could’ve had it both ways.  Later, but before her time loop could be closed in the reality of her choice, she discovers Danielle cheating on Carter.  By informing him of the affair she could’ve had both him and her mother in the alternate reality.  But never mind …)  This dilemma is supposed to provide the story with an emotional core and Tree with a character arc extension.

But it doesn’t because neither the story nor the characters elicit much emotional investment from the audience and Tree’s further increase in empathy and decrease in entitlement feel insipid and perfunctory, like everything else in the movie.  The comedy isn’t funny, the horror isn’t scary, and the philosophical questions raised by the alternate reality scenario are hokey rather than thought-provoking.  Opting for the science fictional instead of the supernatural doesn’t enliven Happy Death Day 2U, which feels like a bland, unfunny episode of The Big Bang Theory TV show with Jessica Rothe’s Tree standing in for Kaley Cuoco’s Penny.