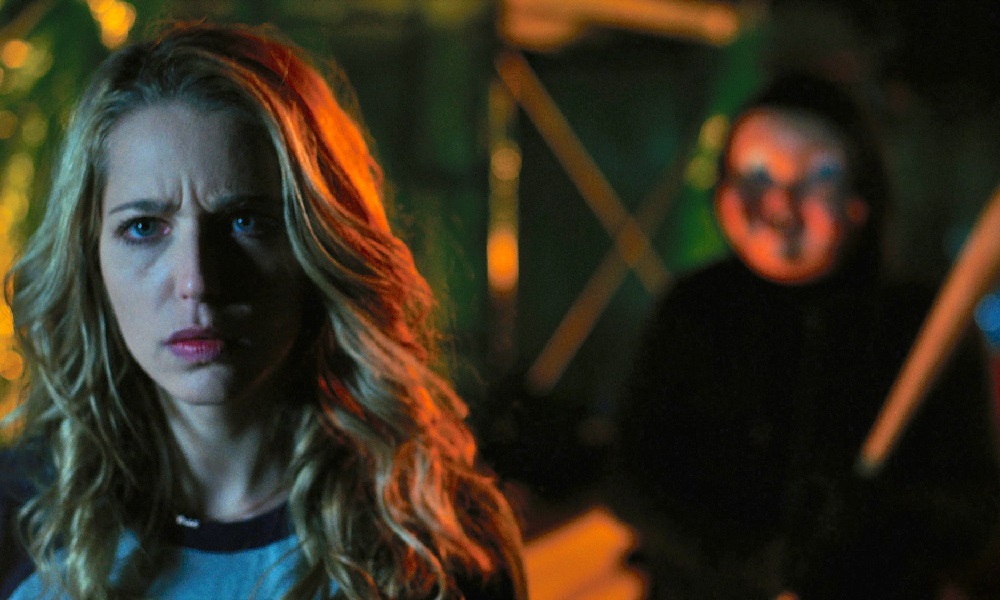 Happy Death Day has commonly been described as a crossbreeding of two 1990s movies, Groundhog Day (starring Bill Murray) and Scream (directed by Wes Craven), and that’s exactly what it is.  Even its quality level is a mixture of those of the two: it’s a little better than Groundhog Day but not as good as Scream.  (Incidentally, having a character reference Groundhog Day in a conversation with Tree makes this an homage rather than a ripoff.)  Happy Death Day is a comedy-horror movie that doesn’t have quite enough comedy or quite enough horror, and if it did it would be a very good movie.  (To be fair, combining horror and comedy into a balanced and effective mixture is extremely difficult.)  But as it is, it’s a pretty good movie with a solid emotional core and some very clever plot twists that’s definitely worth seeing.

Shallow, stuck-up sorority girl “Tree” (Theresa), played perfectly by Jessica Rothe, is murdered on her birthday—over and over again, because after each time being murdered she wakes up to redo that birthday.  And because she retains not only her memories of the previous death days but residual damage from the previous deaths, she must determine who her killer is to stop her murder and break the time loop.  Happy Death Day’s writer, Scott Lobdell, wanted to “take the horror movie and slasher movie tropes and turn them upside down” by making the “mean girl” who gets murdered by the slasher and the “good girl” who survives the slasher (the “last girl”) the same person.  And he did so by incorporating the premise of Groundhog Day, having the protagonist become a better person through redoing a day over and over. 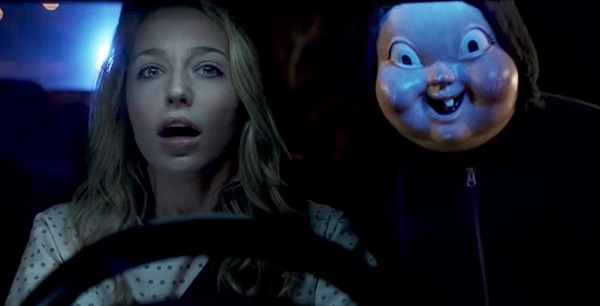 Tree becomes a better person through redoing the same day by learning to heed the consequences of her actions.  (After all, the consequences of her actions are fatal for her that day—repeatedly—and the fairly large pool of suspects created by her having been rotten to so many persons makes it difficult for her to figure out who her murderer is to break the time loop.)  And her transforming from a “mean girl” into a “good girl” via a time loop is a clever allegory for college kids’ transition from teenhood to adulthood.  Early adulthood is typically a time of life for socializing, dating, and self-discovery in which parental and societal safety nets mitigate consequences and allow one to learn via trial and error.  This subtext and Rothe’s fine performance give the mostly lighthearted movie some depth and emotional resonance.

The director of Happy Death Day, Christopher B. Landon, said he already has plans for a sequel and that the “whole idea for [the] sequel is actually already in this movie.  It’s hiding in plain sight.  The answer to why she’s literally stuck in a time loop … the answer to that question is the premise of my sequel.”  (My educated guess is that the protagonist’s deceased mother, who shared her birthday, had something to do with it.  Perhaps her spirit somehow made a deal that her daughter would be given the opportunity to avoid death by becoming a better person.)  Tree was given another chance by being allowed to repeat her death day, and so should this movie—by being allowed to have a sequel.  Since Happy Death Day grossed $122 million worldwide on a $4.8 million budget, that’s a probability rather than a possibility.

D.V.D. EXTRAS:
⦁ Alternate ending (2:22):  The original ending infuriated test audiences, so it was chopped ’n’ dropped like a tree.  Get it?  Tree?
⦁ Deleted scene: “Cupcakes & Killers” (5:01):  This part was rightfully deleted because it explicitly communicates the movie’s theme.  Show, don’t tell.
⦁ Deleted scene: “You Killed Me!” (2:35):  This creepy, scary piece was probably cut for proper pacing.
⦁ Deleted scene: “Tree’s Final Walk of Shame” (1:46):  This lyrical scene was also probably cut for proper pacing.
⦁ “Worst Birthday Ever” (3:14):  The filmmakers and cast discuss the biggest challenge of making a time loop movie: “How do you keep things interesting and keep it out of monotony when you have to keep experiencing the same day over and over again?”
⦁ “Behind the Mask: The Suspects” (3:16):  Director Christopher Landon, producer Jason Blum, star Jessica Rothe, and co-star Rachel Matthews discuss how “Tree has a long list of enemies because she hasn’t been that nice a person.  So there are a lot of people who have it [in] for Tree.”
⦁ “The Many Deaths of Tree” (1:34):  Director Christopher Landon, star Jessica Rothe, and producer Jason Blum describe various ways in which Tree is killed, explain why we never actually see her die, and explain why she accumulates damage from each death.