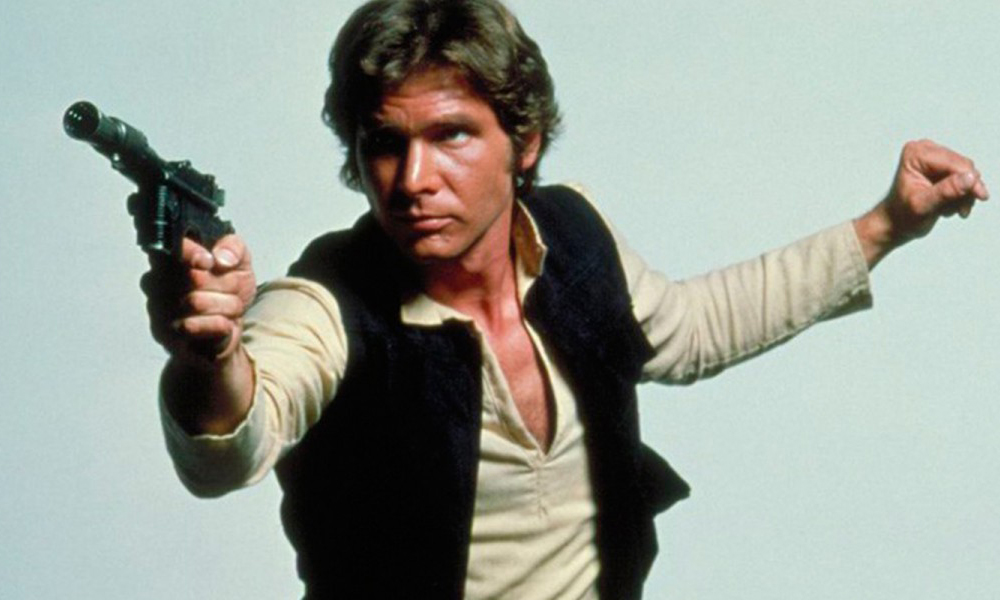 Walt Disney and Lucasfilm on Tuesday released a huge piece of news just hours before Comic Con begins. Christopher Miller and Phil Lord will helm the Han Solo Anthology movie! Yes, you read that right. Check out all the details, known so far, in the press release below.

The next adventure in the Anthology series of Star Wars films will be directed by Christopher Miller and Phil Lord, whose credits include the critically acclaimed The LEGO Movie,  Cloudy with a Chance of Meatballs, 21 Jump Street and 22 Jump Street.  Among the most sought-after filmmakers working today, the two have proven a formidable duo in film and television and are looking forward to applying their unique sensibilities to the Star Wars Universe.

“This is the first film we’ve worked on that seems like a good idea to begin with. We promise to take risks, to give the audience a fresh experience, and we pledge ourselves to be faithful stewards of these characters who mean so much to us. This is a dream come true for us. And not the kind of dream where you’re late for work and all your clothes are made of pudding, but the kind of dream where you get to make a film with some of the greatest characters ever, in a film franchise you’ve loved since before you can remember having dreams at all” said Miller and Lord.

The screenplay is written by Lawrence Kasdan and Jon Kasdan. The story focuses on how young Han Solo became the smuggler, thief, and scoundrel whom Luke Skywalker and Obi-Wan Kenobi first encountered in the cantina at Mos Eisley.

Lawrence Kasdan, the writer and director known for Raiders of the Lost Ark, The Big Chill and Grand Canyon, is familiar to Star Wars fans for having co-written the screenplays for The Empire Strikes Back, Return of the Jedi, and The Force Awakens.  His son Jon Kasdan wrote and directed The First Time, which premiered at the Sundance Film Festival, and In the Land of Women, as well as writing for the television series Freaks and Geeks and Dawson’s Creek.

“We’re so excited to be working with Chris and Phil, who will bring a fresh new dimension to the Star Wars Universe,” said the Kasdans. “They’re two of the smartest, funniest and most original filmmakers around, and the ideal choice to tell the story of Han Solo, one of the coolest characters in the galaxy.”

Kathleen Kennedy, who will be producing, says she can’t wait to discover what’s in store from these two extraordinary teams of directors and writers.

“It’s not just any filmmaker who can tell the story of such a beloved icon like Han Solo, and I’m excited to say we’ve found the perfect team to handle the task. Larry and Jon know all there is to know about the character, and Chris and Phil will bring their wit, style, energy and heart to tell Han’s story.”

Slated for a 5/25/18 release, the film will be executive produced by Lawrence Kasdan and Jason McGatlin and co-produced by Will Allegra.